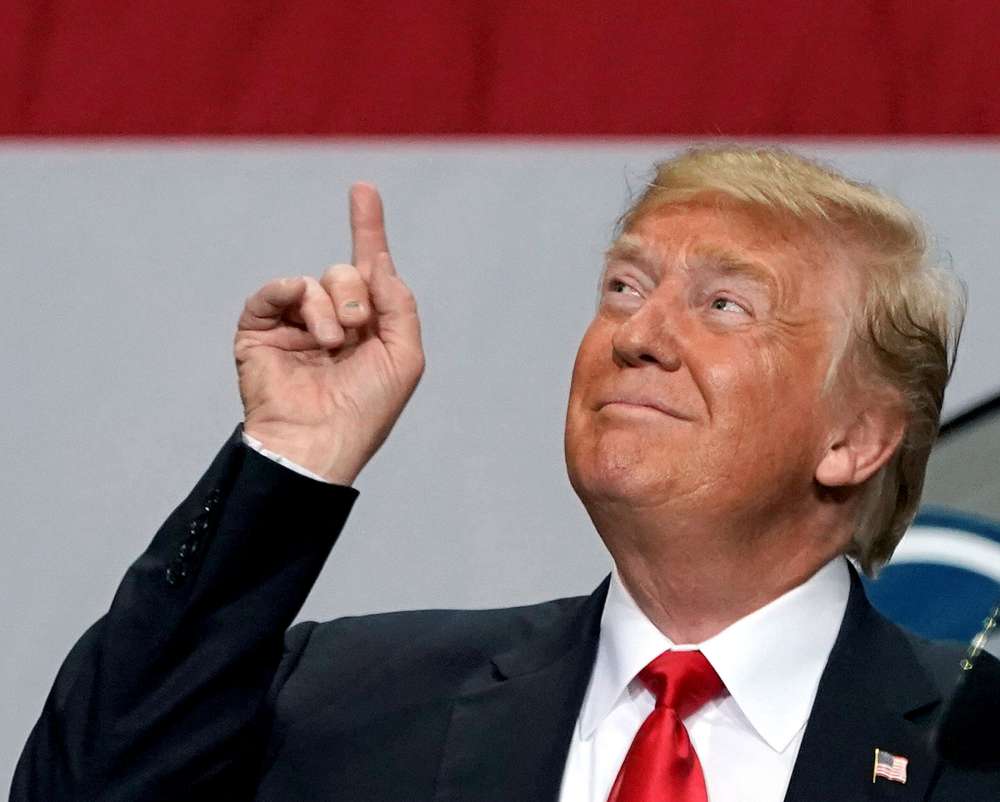 U.S. President Donald Trump said on Friday he did not know about the 2016 meeting his son Don Jr and other campaign staff held at Trump Tower with a group of Russians who offered to provide damaging information about Democratic rival Hillary Clinton.

“I did NOT know of the meeting with my son, Don jr,” Trump said in a post on Twitter, after a CNN report cited his longtime lawyer Michael Cohen as saying Trump had known about the meeting in advance.

CNN, citing unidentified sources with knowledge of the matter, said Cohen was willing to make that assertion to Special Counsel Robert Mueller, who is investigating whether Trump’s presidential campaign had worked with Russia to sway the 2016 U.S. presidential election.

Federal prosecutors in New York are investigating Cohen for possible bank and tax fraud, and for possible campaign law violations linked to a $130,000 payment to adult film star Stormy Daniels, a person familiar with the investigation has told Reuters. The payment to Daniels, who says she had an intimate relationship with Trump, was meant to buy her silence over the affair.

Trump suggested Cohen was implicating Trump in exchange for possible immunity on unrelated charges related to his businesses.

“Sounds to me like someone is trying to make up stories in order to get himself out of an unrelated jam,” Trump wrote in a series of Twitter posts, without adding details to support his claim. In another tweet, he again denied any collusion with Moscow and denounced the Mueller probe as a witch hunt.

By In Cyprus
Previous articleTeachers, ministry to launch talks to resolve rift
Next articleCyprus is a very reliable partner of Europol, Catherine De Bolle says