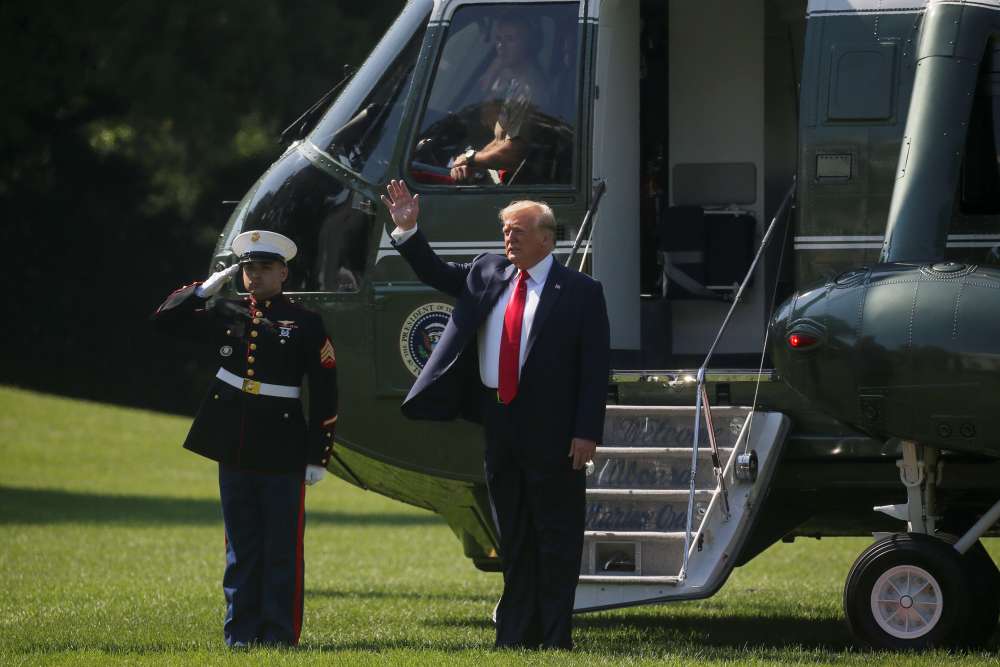 President Donald Trump on Friday called for “common sense” solutions to address gun violence without mentioning what specific measures he would support and saying the views of powerful National Rifle Association lobbyists should be considered.

Thirty-one people were killed in two weekend shootings in El Paso, Texas, and Dayton, Ohio, in attacks that shook the country and reopened a national debate on gun safety as Americans grapple with yet another mass shooting.

A week later, it remains unclear what, if any, specific steps the Republican president would back. Democrats are trying to galvanize public support for legislative action over what has been a contentious issue for years, even before Trump’s administration.

Since he became president in 2017, there have been mass shootings at a church in Texas, a concert in Las Vegas and high schools in Florida and Texas.

Trump earlier this week initially appeared to back background checks but then did not mention them in a public address on Monday that focused on mental illness and media culture. He later predicted congressional support for those background checks and blocking gun access to the mentally ill, but not for any effort to ban assault rifles.

He had promised to take action in early 2018 after 17 people were killed at a Parkland, Florida, high school but backed down after the NRA, a key financial donor to Republican politicians, weighed in.

On Friday, he appeared to want to balance any congressional action with the NRA’s views.

“I am the biggest Second Amendment person there is, but we all must work together for the good and safety of our Country,” he wrote. “Common sense things can be done that are good for everyone.”

Trump said he had “been speaking to the NRA, and others, so that their very strong views can be fully represented and respected.” The NRA, in a statement on Thursday, indicated it opposed further gun restrictions.

Congress is in recess but Trump said leaders of the House of Representatives and Senate were discussing expanding background checks for guns sales.

Republican Senate leader Mitch McConnell on Thursday rejected a plea from more than 200 mayors to call the Senate back early to consider gun legislation.

House Speaker Nancy Pelosi and Senate Democratic Leader Chuck Schumer said they had each spoken separately to Trump and that he had assured them he would review legislation that has already passed the Democratic-majority House.

The White House had said it would hold also a meeting with representatives from the technology industry on Friday to discuss violent extremism online. Trump is not scheduled to be at the White House for most of the day as he attends a fundraiser in the Hamptons in New York for his 2020 re-election campaign.

By In Cyprus
Previous articlePaphos: Man jailed for three and half years for sexually abusing child
Next articleCyprus leaders agree to seek peace again, but ‘disagreements persist’