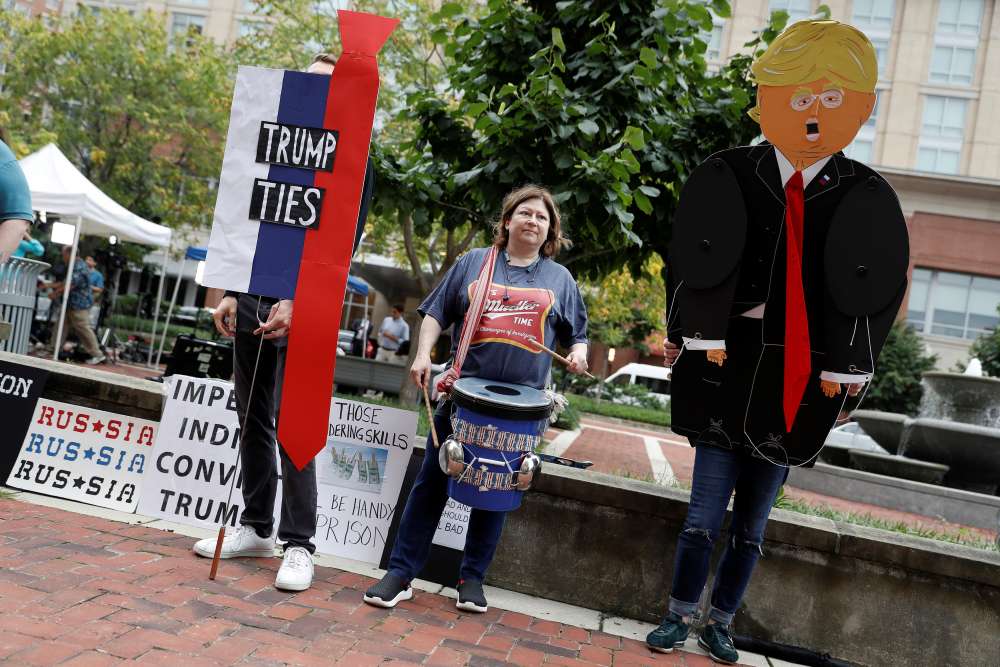 U.S. President Donald Trump said on Tuesday that “collusion is not a crime” as the first trial in federal Special Counsel Robert Mueller’s Russia probe begins.

“Collusion is not a crime, but that doesn’t matter because there was No Collusion (except by Crooked Hillary and the Democrats)!” Trump wrote on Twitter.

The trial of his former campaign manager, Paul Manafort, on tax and bank fraud charges was scheduled to begin in Virginia on Tuesday. Mueller is investigating whether Trump campaign officials worked with Moscow to try to sway the 2016 U.S. presidential election.

While collusion is not a technical legal charge, Mueller could bring conspiracy charges if he believes there was such work by campaign members with Russia.

Trump has denied that the campaign worked with Russia to engineer his victory against Democratic candidate Hillary Clinton and bristles at the suggestion he might owe his White House victory to Moscow. Moscow has denied any meddling in the election.

Manafort, 69, faces 18 criminal counts, which center on allegations that he hid much of the $60 million he earned working for a pro-Russian politician in Ukraine in undisclosed overseas bank accounts and failed to pay taxes on it.

A Manafort conviction would give momentum to Mueller, who has indicted or secured guilty pleas from 32 people and three companies since the probe started 14 months ago