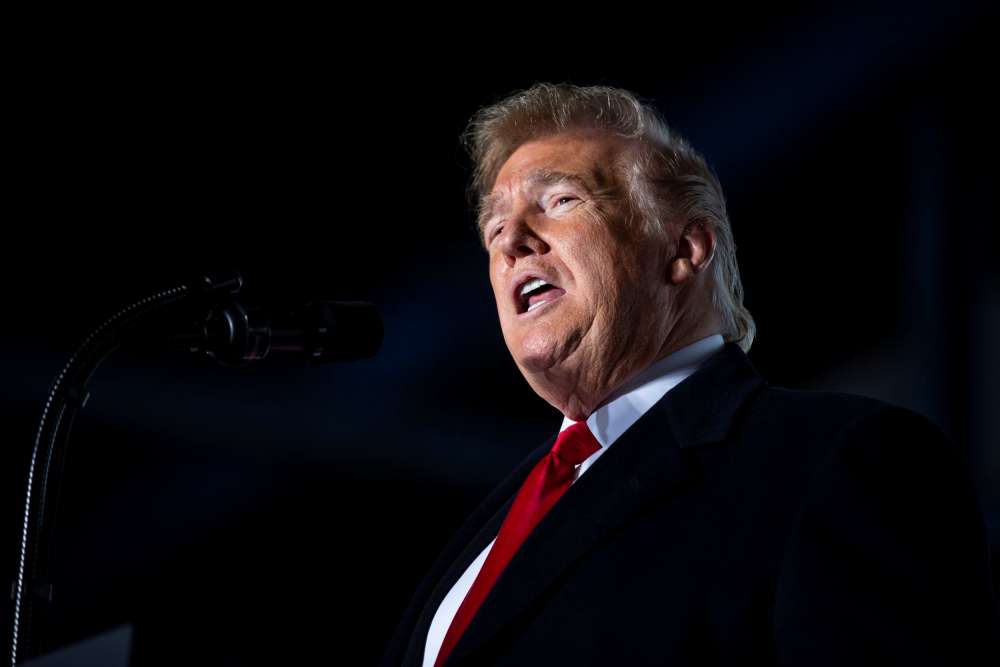 U.S. President Donald Trump tweeted on Saturday that migrants at the U.S.-Mexico border would stay in Mexico until their asylum claims were individually approved in U.S. courts, but Mexico’s incoming government denied they had struck any deal.

Mexico’s incoming interior minister said there was “no agreement of any type between the future government of Mexico and the United States.”

Olga Sanchez Cordero, also the top domestic policy official for president-elect Andres Manuel Lopez Obrador who takes office on Dec. 1, told Reuters that the incoming government was in talks with the United States but emphasized that they could not make any agreement since they were not yet in government.

Sanchez ruled out that Mexico would be declared a “safe third country” for asylum claimants, following a Washington Post report of a deal with the Trump administration known as “Remain in Mexico,” which quoted her calling it a “short-term solution.”

The plan, according to the newspaper, foresees migrants staying in Mexico while their asylum claims in the United States are being processed, potentially ending a system Trump decries as “catch and release” that has until now often allowed those seeking refuge to wait on safer U.S. soil.

“Migrants at the Southern Border will not be allowed into the United States until their claims are individually approved in court. We only will allow those who come into our Country legally. Other than that our very strong policy is Catch and Detain. No “Releasing” into the U.S.,” Trump said in a tweet late Saturday.

“All will stay in Mexico,” Trump added in second tweet, that also threatened to close the U.S. southern border if necessary.

Jenna Gilbert, managing attorney for the Los Angeles office of Human Rights First, a legal rights organization, said Trump’s plan is “outright illegal, and I’m sure the administration will once more see itself in court.”

Trump has been seeking to block thousands of Central Americans traveling in caravans from entering the United States, and has ordered that immigrants who enter the country illegally from Mexico are ineligible for asylum.

That order has been temporary suspended by a U.S. judge.

Sanchez, who said the situation of migrant caravans was “very delicate,” did not explicitly rule out that Mexico could keep caravan migrants on its soil while their U.S. asylum claims are processed. But she told Reuters that plans to assume “safe third country” status were “ruled out.”

If Mexico were to assume “safe third country” status, asylum seekers would be required to claim refugee status in Mexico rather than the United States.

Migration activists have long argued that Mexico does not have the security conditions to offer safe haven for migrants feeling violence in Central America.

The Washington Post article cited Mexican officials and senior members of Lopez Obrador’s transition team and said the deal would break with long-standing asylum rules and mount a new obstacle to Central American migrants attempting to seek refuge in the United States from poverty and violence.

The effect, Parker said, would likely “push people fleeing for (their) lives into riskier attempts to find safety, including using criminal human smugglers who will gain power under this new policy.”

Mexico’s incoming deputy interior minister Zoe Robledo said details of the “Remain in Mexico” scheme were still being worked out.

“What we’re aiming for is that people leaving their countries due to security issues or violence can find a place to stay in Mexico if that is their decision,” Robledo told Reuters.

Robledo said the incoming government wanted to find jobs for Central American migrants in sectors that are short-staffed, such as maquila assembly plants.

Lopez Obrador has vowed to try to eliminate the causes of migration by creating more jobs and improving living conditions in Mexico and Central America.

In exchange, he hopes Trump and the Canadian government will agree to help spur economic development in the region.

Outgoing President Enrique Pena Nieto has also sought to stem the flow of migrants north by offering jobs to them, and has received backing from the private sector in his efforts.

By In Cyprus
Previous articlePrince Harry and Meghan move to Windsor Estate ahead of first baby
Next articleSave our Brexit: May urges UK public to back her in letter to the nation