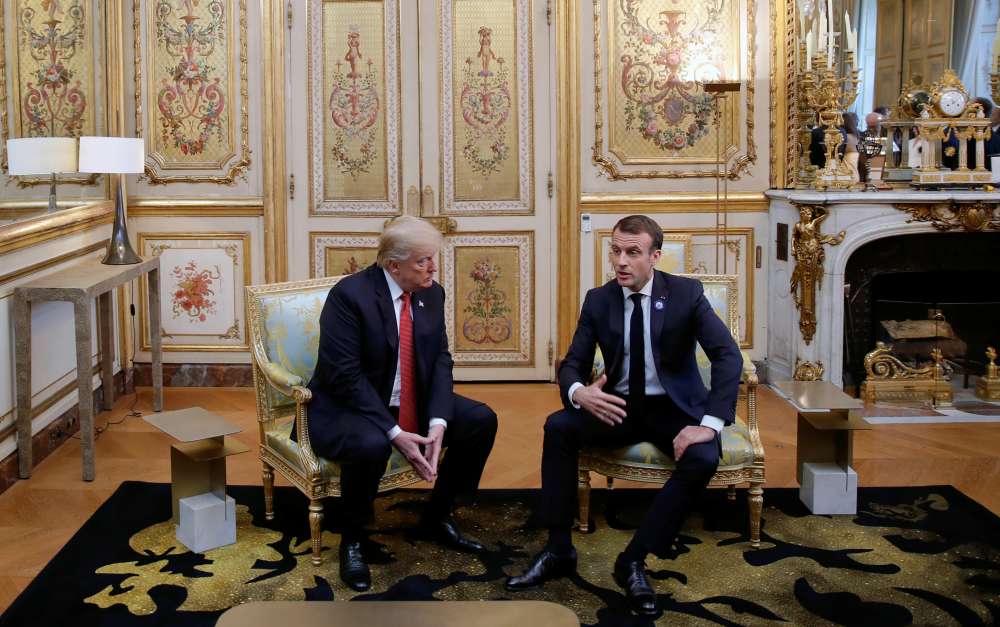 France’s Emmanuel Macron and U.S. President Donald Trump agreed on Saturday on the need for Europe to bear more of the burden for defense, papering over an earlier Trump tweet that described Macron’s call for a European army as “very insulting”.

Meeting for talks at the Elysee ahead of commemorations to mark the 100th anniversary of the end of World War One, Macron welcomed Trump with a firm handshake, but there appeared to be less immediate warmth between them than in the past.

Seated on gilded chairs, Macron placed his hand on Trump’s knee and referred to him as “my friend”, while Trump too sought to find common ground on an issue that has caused friction.

“We want a strong Europe, it’s very important to us, and whichever way we can do it the best and more efficient would be something we both want,” said Trump. “We want to help Europe but it has to be fair. Right now the burden sharing has been largely on the United States.” 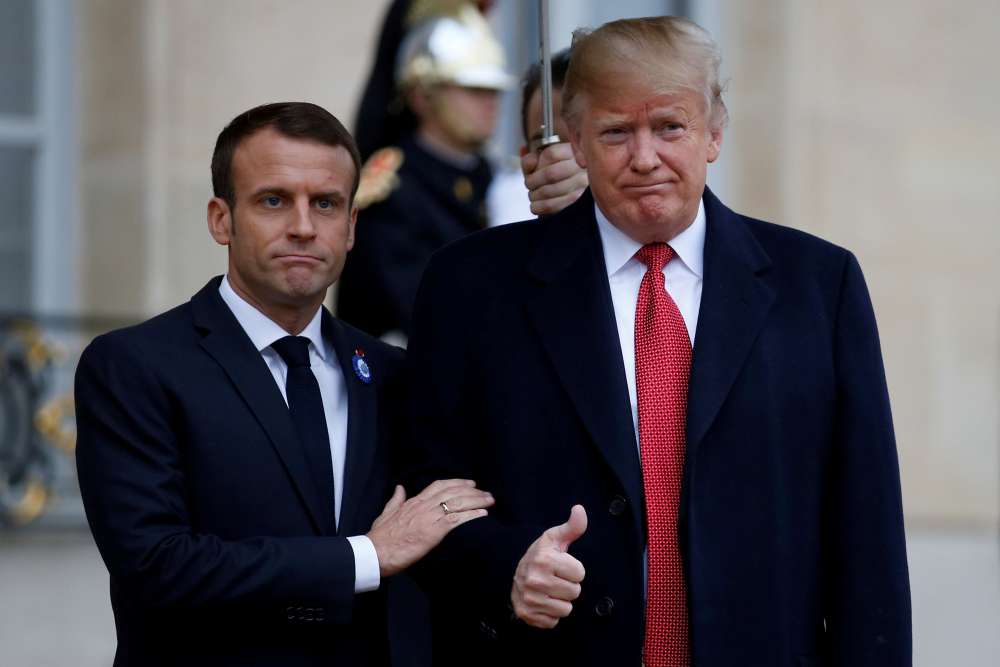 Macron echoed those sentiments, saying he wanted Europe to bear a greater share of the defense costs within NATO, a point he has made repeatedly since taking office, alongside calls for Europe to develop its own military capability.

“That’s why I do believe my proposals for European defense are totally consistent with that,” Macron said in English.

Fresh off U.S. congressional elections that saw his Republican Party’s power eroded, Trump is in Paris to bolster the U.S.-European alliance during the Armistice commemorations.

But in a tweet prior to landing in Paris on Friday, Trump took a dim view of comments Macron made in a Europe 1 radio interview this week.

Discussing the threat from cyber-hacking and outside meddling in the electoral process, Macron said Europe needed to protect itself against China, Russia “and even the United States”.

Later in the interview he spoke about the need for a European army, saying:

“Faced by Russia, which is on our borders and which has shown that it can be threatening… we need to have a Europe that can better defend itself by itself, without depending solely on the United States.”

Trump, who has pushed NATO allies to pay more for their common defense and not rely so heavily on the United States, complained.

“Very insulting, but perhaps Europe should first pay its fair share of NATO, which the U.S. subsidizes greatly,” Trump said on Twitter.

Trump and Macron are set to hold around an hour of bilateral talks before they are joined by their wives, Melania and Brigitte, for lunch at the Elysee Palace.
It is the second time the four have dined together in Paris. 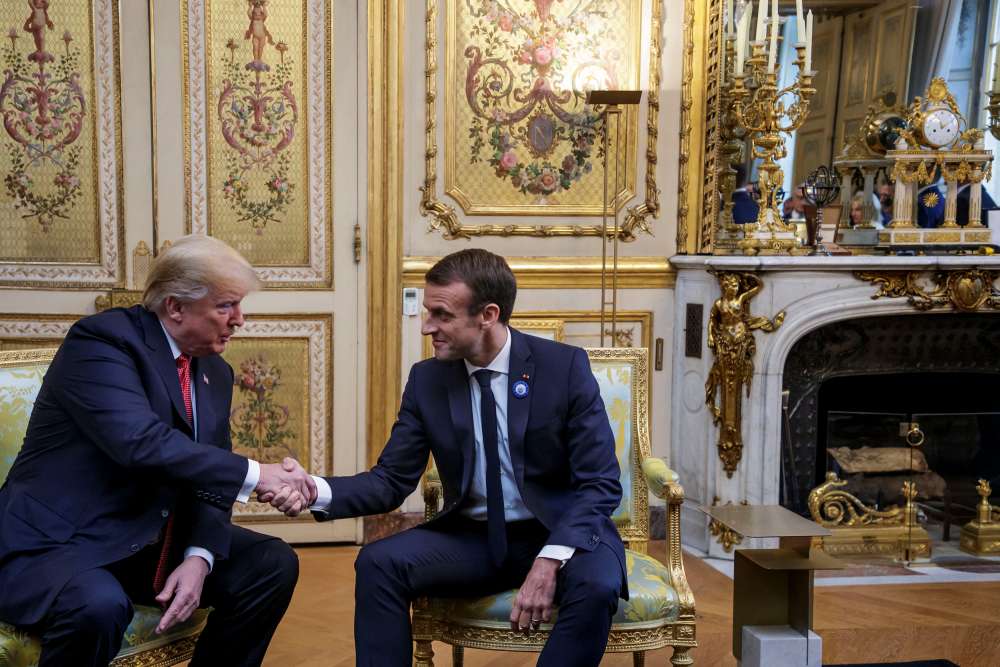