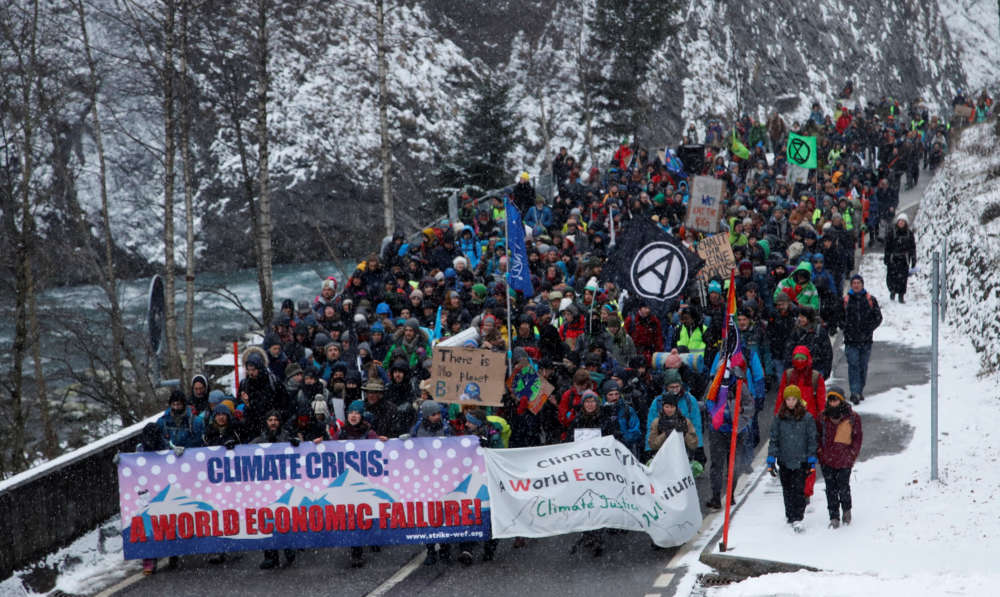 Hundreds of protesters calling on global leaders to take swifter action on climate change will face up to 5,000 military personnel and police from across Switzerland as they march to the ski resort of Davos for a planned demonstration.

Greta Thunberg, the 17-year-old Swedish activist, is due to address the annual World Economic Forum (WEF) gathering of global business and political leaders, where U.S. President Donald Trump is the headline speaker.

The 50th edition of the meeting sees the return of Trump after he pulled out in 2019.

Fighter jets, ground defence systems and additional radar, among other measures, will protect some 3,000 participants at the meeting, Swiss police officials said on Monday.

“Various people in the world are under great threat, if you can put it that way, and wherever they appear, they deserve commensurate security measures,” Walter Schlegel, the regional police commander, told a news conference on Monday.

“The U.S. president has a big security detail that must be deployed,” Schlegel said.

Trump is expected to attend on Tuesday and Wednesday, as hearings get under way in the U.S. Senate, where lawmakers are set to decide whether he should be removed from office.

Activists are set to reach Davos by hiking trails and by train after authorities banned foot traffic on a road leading to Davos from the neighbouring village of Klosters.

To start their three-day march on Sunday, some protesters wore koala bear costumes to call attention to Australian bush fires whose destructive intensity has been linked by scientists to a warming planet.

By In Cyprus
Previous articleLarnaca Castle: from fortress to garrison, prison and museum
Next articleTargets missed for bus use, new tenders to be invited