Trump: Farage and Johnson should ‘come together’ for general election 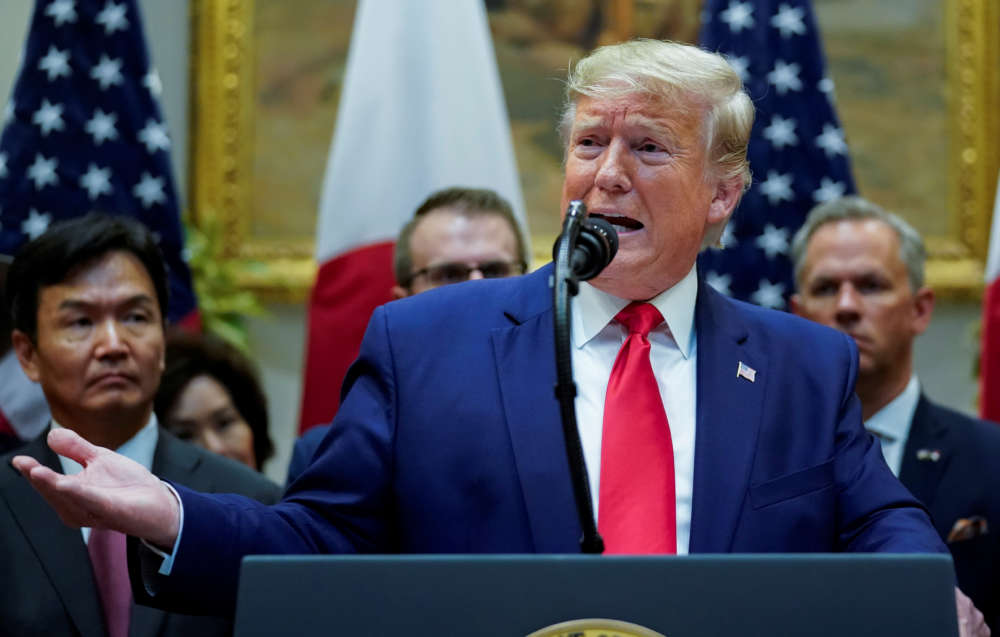 The president said he hoped prime minister Boris Johnson, a “wonderful guy”, and Brexit Party leader Nigel Farage would come together on a united political platform.

The president spoke to reporters at the White House after returning from a visit to New York to watch a UFC fight, an evening which produced both boos and cheers and stoked fierce debate on Sunday.

Asked which British politician he would side with if he had to choose, Trump said: “I like them both … So I think Boris will get it right. They’re both friends of mine. What I’d like to see is for Nigel and Boris to come together. I think that’s a possibility.”

Farage said on Sunday he would not run for a seat in the general election. Johnson has already rejected the suggestion from both Trump and Farage that he should work with the Brexit party.

By In Cyprus
Previous article(UPDATE) Engomi murder attempt: Suspect hands himself in to the Police
Next articleSteamship Mutual gets licence for a Brexit fall-back subsidiary in Cyprus