Trump delays State of the Union Address until shutdown ends 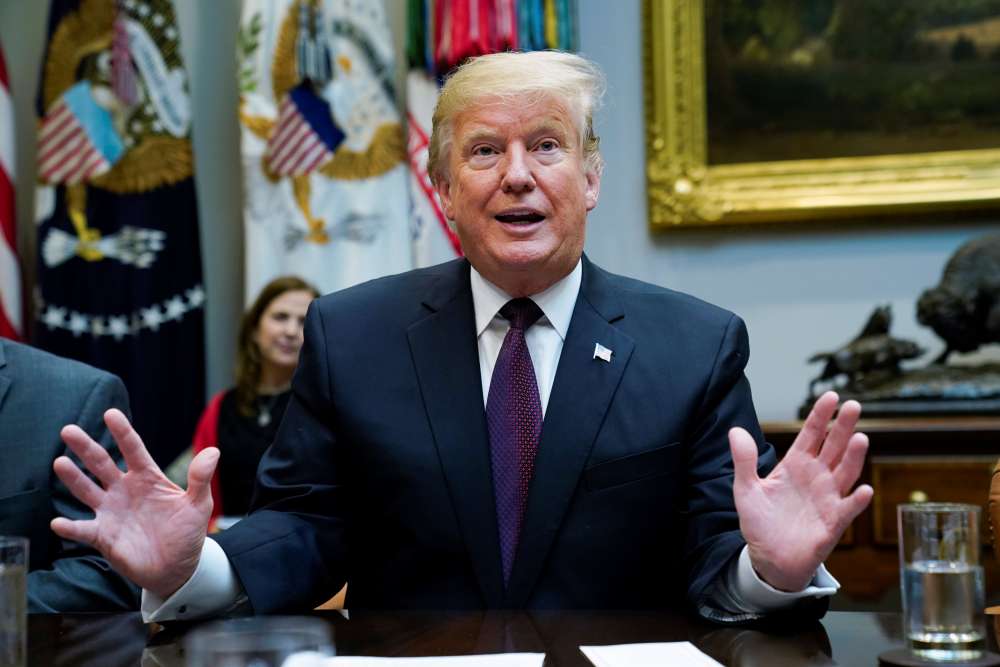 U.S. President Donald Trump said in a late night Tweet on Wednesday that he would delay a State of the Union address until the government shutdown was over, responding to House Speaker Nancy Pelosi’s move to obstruct his plans for the speech.

Earlier in the day, Democratic leaders in the House of Representatives floated the idea of ending the partial government shutdown by giving Trump most or all of the money he seeks for security along the Mexican border but for items other than the wall he wants.

As a shutdown that has left 800,000 federal workers without pay hit its 33rd day, Pelosi effectively disinvited Trump from delivering the annual State of the Union address in the House chamber until the government is fully opened.

The Republican president responded to the Democrat speaker with a tweet.

“This is her prerogative – I will do the Address when the Shutdown is over. I am not looking for an alternative venue for the SOTU Address because there is no venue that can compete with the history, tradition and importance of the House Chamber,” the president said in the tweet.

“I look forward to giving a “great” State of the Union Address in the near future!”

Other leaders in the Democratic-controlled House said they were drafting a funding offer they will likely make to Trump in a letter.

Representative James Clyburn, the No. 3 House Democrat, said Democrats could fulfil Trump’s request for $5.7 billion for border security with technological tools such as drones, X-rays and sensors, as well as more border patrol agents.

Representative Steny Hoyer, the No. 2 House Democrat, said Democrats also would discuss “substantial sums of additional money” for border security as part of a possible deal. He did not say if it would amount to the $5.7 billion sought by Trump.

The president triggered the shutdown last month by demanding money for the wall, opposed by Democrats, as part of any legislation to fund about a quarter of the government. Clyburn’s offer would be a significant monetary increase over bills previously passed by Democrats, which included only about $1.3 billion for this year in additional border security, with none for a wall.

“Using the figure the president put on the table, if his $5.7 billion is about border security then we see ourselves fulfilling that request, only doing it with what I like to call using a smart wall,” Clyburn told reporters.

“Any movement, any discussion is helpful,” Cole said. “We’ve got to get past this wall-or-no-wall debate.”

The battle over border security and government funding spilled over into a parallel dispute over the president’s State of the Union address. Trump sent a letter to Pelosi on Wednesday saying he looked forward to delivering it as scheduled next Tuesday in the House chamber. Pelosi previously had asked Trump to consider postponing it because security could not be guaranteed during the shutdown.

But Pelosi told Trump on Wednesday the House would not consider a measure authorising his address until the shutdown ends. “Again, I look forward to welcoming you to the House on a mutually agreeable date for this address when government has been opened,” Pelosi said to Trump in a letter.

In a sign Trump may be bracing for a long shutdown, a senior administration official said agencies without funding had been asked to give the White House a list of programmes that could be hurt “within the coming weeks” if the funding lapse continues.

The U.S. Senate, controlled by Trump’s fellow Republicans, planned votes for Thursday on competing proposals that face steep odds to end the shutdown.

Senate Majority Leader Mitch McConnell plans a vote on a Democratic proposal that would fund the government for three weeks but does not include the $5.7 billion in partial funding for a wall on the U.S.-Mexico border.

Its prospects appeared grim. The House has passed several similar bills but Trump has rejected legislation that does not include the wall funding. McConnell previously said he would not consider a bill that Trump did not support.

McConnell also planned to hold a vote on legislation that would include wall funding and a temporary extension of protections for “Dreamers,” people brought illegally to the United States as children, an offer Trump made on Saturday. Trump’s 2017 plan to rescind protections against deportation for hundreds of thousands of “Dreamers” has been blocked by the courts.

Democrats have dismissed the offer, saying they would not negotiate on border security before reopening the government, and that they would not trade a temporary extension of the immigrants’ protections in return for a permanent border wall they have called ineffective, costly and immoral.

Barclays economists said on Wednesday they reduced their outlook on U.S. economic growth in the first quarter to an annualised rate of 2.5 percent from an earlier projection of 3 percent as a result of the shutdown.

Furloughed federal workers are struggling to make ends meet during the longest government shutdown in U.S. history. Many have turned to unemployment assistance, food banks and other support, or have sought new jobs.