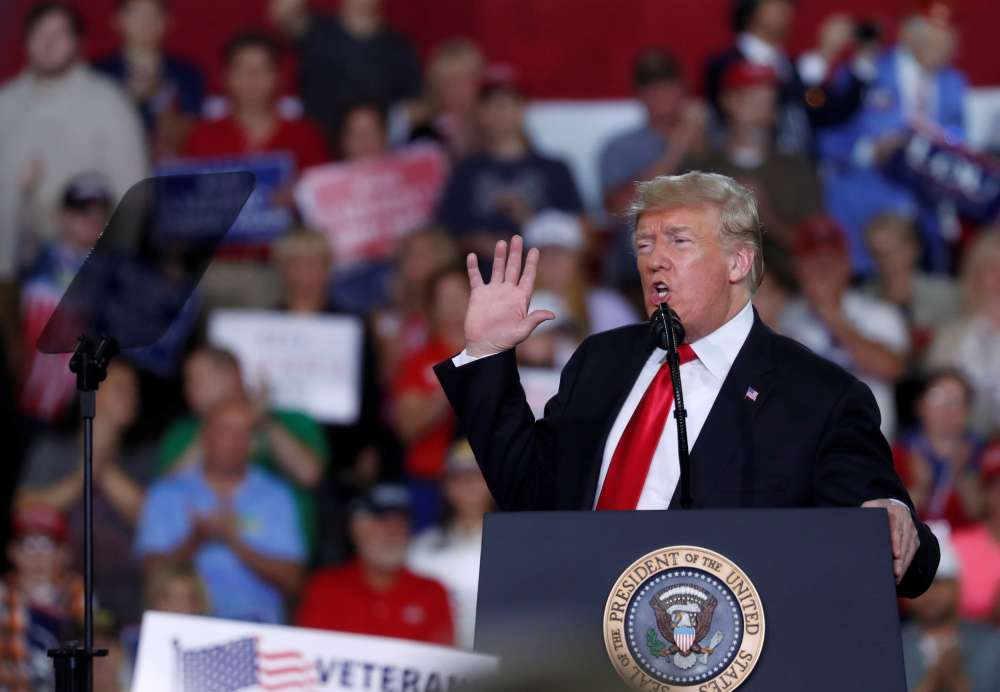 U.S. President Donald Trump said that Wednesday’s stock market sell-off was in fact a long-awaited “correction,” and that the Federal Reserve, which has been raising U.S. interest rates, had gone “crazy.”

Trump‘s use of the word correction to describe the sell-off could be significant. A stock market correction is defined as a decline of at least 10 percent from the high point of the past 52 weeks, suggesting that major U.S. indices have further to fall.

Despite Wednesday’s sell-off, the S&P 500 would still need to more than double its losses. It has fallen nearly 5 percent from its all-time closing high on Sept. 20.

The Nasdaq has fallen 8.5 percent from its record closing high on Aug. 29. An additional 1.5-percentage-point fall would confirm a correction for that index.

Stocks have sold off in recent days on worries about higher borrowing costs. A spike in Treasury yields and solid U.S. economic data have sparked concerns that the Federal Reserve may pick up the pace of its interest rate hikes.

“Actually it’s a correction that we’ve been waiting for a long time, but I really disagree with what the Fed is doing,” Trump told reporters before a political rally in Pennsylvania.

The U.S. stock market sell-off on Wednesday saw the S&P 500 and the Dow marking their biggest daily declines since Feb. 8, and technology stocks were at the centre of the carnage.

Steve Massocca, senior vice president at Wedbush Securities in San Francisco, said he thought the downturn would be short-lived.

“There’s a greater than 50-50 chance there’s a rebound, if not tomorrow, then the day after, given the severity of the move,” he said.

But some investors and analysts expressed concern about the market’s direction.

The Fed last raised interest rates in September and left intact its plans to steadily tighten monetary policy, as it forecast that the U.S. economy would enjoy at least three more years of economic growth.

But those actions have drawn scorn from Trump, who has accused the Fed of moving too fast in raising rates when inflation is minimal and government data points to a strong economy.

“I think … the Fed is making a mistake. They’re so tight. I think the Fed has gone crazy,” Trump said.

U.S. presidents have rarely criticised the Fed in recent decades because its independence has been seen as important for economic stability. Trump has departed from that practice and has said he would not shy from future criticism should the Fed keep lifting rates

The Federal Reserve is mandated by Congress to aim for low inflation and low unemployment. U.S. consumer price inflation is currently above 2 percent annually and the unemployment rate is the lowest in about 40 years.

By In Cyprus
Previous articleTwo arrested after cyclist assaulted and robbed
Next articleBezos and others get $2.3 billion in U.S. Air Force rocket contracts