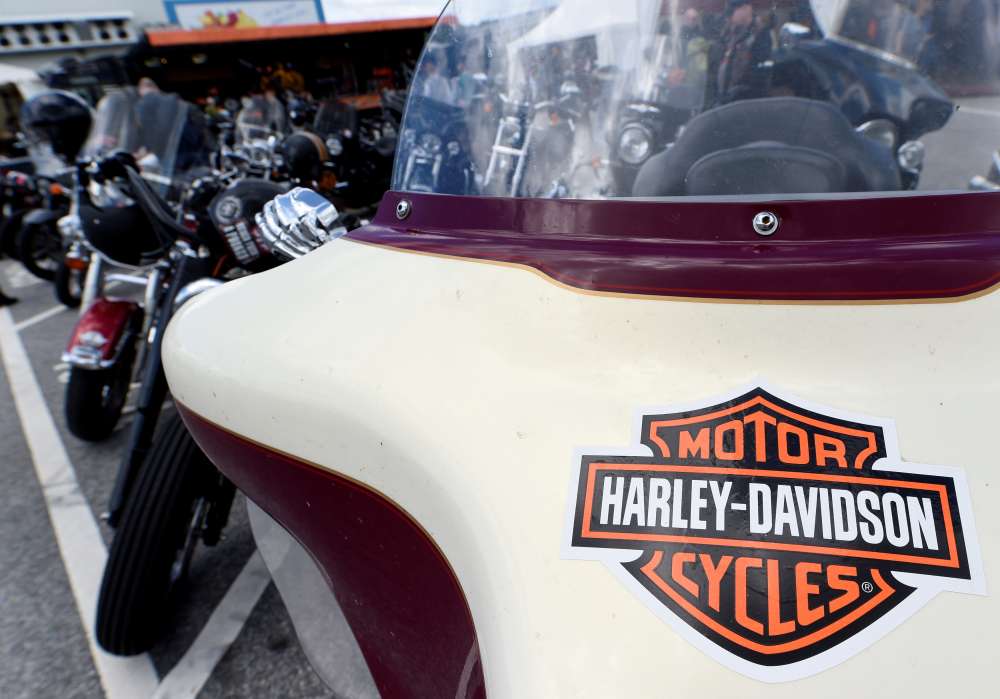 U.S. President Donald Trump slammed Harley-Davidson Inc after the motorcycle maker said it would move production for European customers overseas to avoid retaliatory tariffs that could cost it up to $100 million per year.

Trump said he has fought hard for the company and was surprised by its plans, which he described as waving the “White Flag.”

Harley-Davidson, the dominant player in the heavyweight U.S. motorcycle market said earlier on Monday it would not pass on any retail or wholesale price increases in the EU and instead focus on shifting some U.S. production.

Harley shares closed down nearly 6 percent and analysts cut their profit forecasts on concerns about how quickly the company would be able to adapt to the 25 percent import duties the European Union began charging on June 22.

“I fought hard for them and ultimately they will not pay tariffs selling into the E.U., which has hurt us badly on trade, down $151 Billion. Taxes just a Harley excuse – be patient!” Trump said in a post on Twitter.

The United States earlier this month imposed tariffs on steel and aluminum imports from the European Union, provoking a “tit-for-tat” response from the trading bloc against U.S. goods.

In a regulatory filing https://bit.ly/2tA1ru0, the 115-year-old Milwaukee, Wisconsin-based company said the retaliatory duties would result in an incremental cost of about $2,200 per average motorcycle exported from the United States to the European Union, but did not provide more details on current motorcycle costs.

The company said it expects the tariffs to result in incremental costs of $30 million to $45 million for the rest of 2018 and $80 million to $100 million on a full-year basis.

“We think Harley‘s decision to protect EU demand is wise for the long-term health of the market,” Baird Equity Research said in a note. “But we expect the near-term impact to weigh on estimates and sentiment until a clearer path to mitigation is outlined.”

Trump vowed to make the iconic motorcycle maker great again when he took office last year. But since then the company has been counting the costs of his trade policies.

In late April, Harley said Trump‘s metal tariffs would inflate its costs by $15 million to $20 million this year on top of already rising raw material prices that it expected at the start of the year.

“Remember, they came to us, for example, pointing out that India had a 100 percent tariff onHarley Davidsons. That’s certainly not fair,” Navarro told CNBC.

“We want Harleys made here, more made here, and that’s going to happen under the president’s trade policies.”

In response to Navarro’s comments, a Harley spokesman said the company has made its position clear in Monday’s filing.

Harley has been aiming to boost overseas sales of its motorcycles to 50 percent of annual volume from about 43 percent.

In January, the company announced the closure of a plant in Kansas City, Missouri, after its motorcycle shipments fell to their lowest level in six years.

In 2017, Harley sold nearly 40,000 new motorcycles in Europe which accounted for more than 16 percent of the company’s sales. The revenues from EU countries were second only to the United States.

Harley said ramping up production overseas could take at least nine to 18 months. It has three assembly plants outside the United States – one each in Brazil, India and Thailand.

The company decided to build the Thailand plant after Trump pulled out from the Trans-Pacific Partnership, which would have lowered import tariffs on its bikes in some of the fastest-growing motorcycle markets in Asia.

The company said it will provide more details on tariff-related plans when it reports second-quarter earnings on July 24.

CFRA Research lowered its 12-month price target for the stock to $47 from $49.

Harley-Davidson shares have lost about 9 percent since early March when the trade skirmish between the United States and the EU started, and are down over 18 percent since end-December 2017.

Trump has also threatened to crackdown on auto imports. Analysts at Moody’s reckon a 25 percent tariff on imported vehicles and parts would be negative for most of companies including Ford Motor Co and General Motors Co.