Trump and California go to war over clean cars 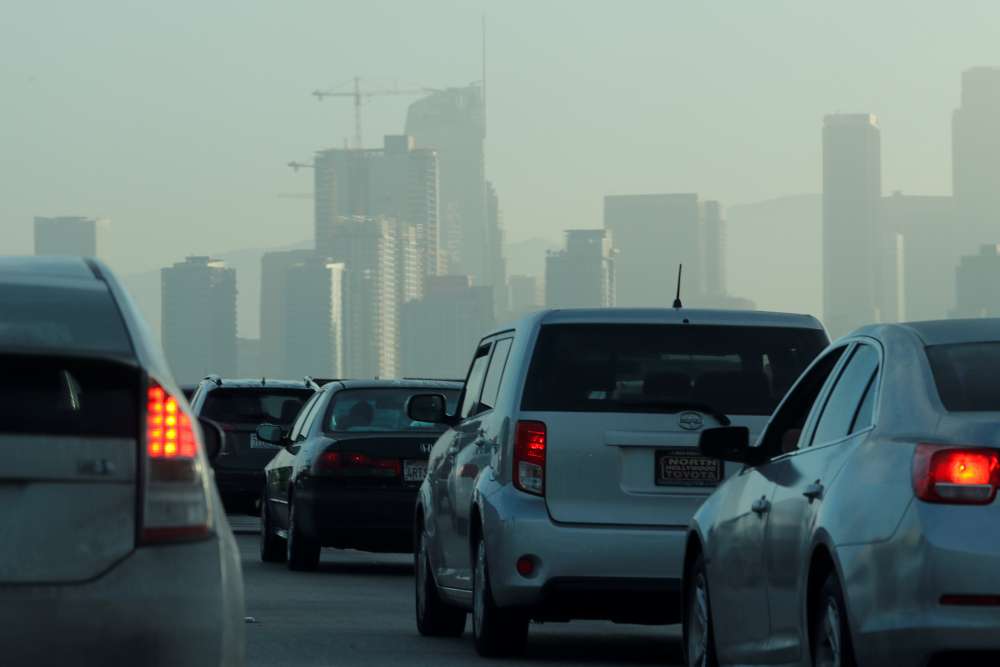 U.S. President Donald Trump and the state of California went to war on Wednesday over who should set the standards in the United States for vehicle emissions and electric cars, foreshadowing a legal battle over environmental policy issues that will affect the auto industry and consumers.

The Republican president is counting on voters in truck-friendly heartland states to carry him to re-election in 2020, and he portrayed his decision as a win for consumers. Trump tweeted that vehicles would be “far less expensive” and “substantially SAFER” – claims California officials rejected.

Trump, who is in California this week, urged automakers to back the action, which also seeks to eliminate California’s electric vehicle mandates that are also adopted 10 other states.

The announcement will not immediately lead to revised emissions requirements, but the Trump administration plans to announce this autumn a separate rule to dramatically roll back Obama-era fuel-efficiency standards agreed with California, advancing a multipronged attack on the state’s efforts to reshape the mix of vehicles driven by Americans.

“Automakers should seize this opportunity because without this alternative to California, you will be out of business,” Trump tweeted.

So far, none have publicly supported revocation of California’s authority.

The Alliance of Automobile Manufacturers, a trade group representing General Motors Co, Toyota Motor Corp , Volkswagen AG, Ford Motor Co and others, declined to take a position on Trump’s revocation of California’s waiver, saying automakers will review the decision “to get the full picture of how this impacts automakers, our workers and our customers.”

The Environmental Protection Agency and U.S. Transportation Department plan to announce on Thursday that the government is revoking an EPA waiver California received in 2013 to set state emissions rules and that the agency believes federal law preempts the state from setting fuel efficiency rules.

The roughly 150-page final action will cite the July decision of four major automakers to adopt voluntary emissions standards with California stricter than Trump has proposed, but lower than Obama-era rules, and challenge the state’s lack of analysis of its existing waiver authority.

“Recent actions by the state of California … have confirmed the need for final decision from agencies that the states do not have the authority to set (greenhouse gas) standards or establish (zero emission vehicle) mandates,” the draft document says, according to a person briefed on the matter who wasn’t authorized to discuss the confidential document.

Newsom, Becerra and Nichols said the state will go to court to challenge the administration’s action once it is official.

“This is the fight of a lifetime for us,” Nichols said. “We have to win this and I believe we will.”

Trump’s action came on the same day teenage climate activist Greta Thunberg was addressing the U.S. Congress and urging lawmakers to treat climate change “as the existential crisis it is.”

When asked about Trump’s move, United Nations Secretary-General Antonio Guterres said on Wednesday he was opposed to it.

The fight over highly technical emissions rules will play out in the political arena where the issues are more visceral.

Trump and other administration officials framed their decision as a move to protect consumers from regulatory mandates that would drive up the cost of vehicles, and force heartland truck owners to pay more for their vehicles to subsidize the sale of money-losing electric cars to wealthy coastal dwellers.

Sierra Club Executive Director Michael Brune said the environmental group would file a lawsuit to challenge the move, calling it “nothing more than pure vindictiveness from an administration set on giving Big Oil a polluting pass at the expense of our climate and the well-being of American families.”

Americans will spend more on gassing up less efficient vehicles than they will save if new vehicle prices are kept down, California officials said. Nichols said Trump’s action threatened more asthma and more premature deaths from dirty air.

Automakers are caught in the middle. While worried that California’s electric vehicle mandates will be costly, global automakers have little choice but to develop battery electric cars and trucks because Europe and China are pushing ahead with rules requiring them.

“Every single one of these companies knows where the consumer is going and where the world is going … the elimination of the internal combustion engine,” Newsom said.

The auto emissions battle is just one front in a widening battle between the Trump administration and California’s Democratic administration. The White House and the leaders of the largest U.S. state by population have also locked horns over high-speed rail funding, building a border wall and immigration regulations.

Under Trump, federal regulators have backed freezing emissions requirements for new cars and trucks at 2020 levels through 2026. Administration officials say the final regulation will include a modest boost in annual efficiency requirements but far less than what the Obama administration set in 2012. At the time, California agreed to adopt the Obama rules rather than set its own standards.

The Obama-era rules called for a fleetwide fuel efficiency average of 46.7 miles (75 km) per gallon by 2025, with average annual increases of about 5%, compared with 37 mpg by 2026 under the Trump administration’s preferred option to freeze requirements.

The Trump plan’s preferred option would increase U.S. oil consumption by about 500,000 barrels per day by the 2030s but reduce automakers regulatory costs by more than $300 billion.

California wants 15.4% of vehicle sales by 2025 to be EVs or other zero-emission vehicles and 10 other states have adopted those requirements.

By In Cyprus
Previous articleUK welcomes Cyprus government’s decision to extend deadline for UK nationals to apply for residency
Next articleCanada’s Trudeau apologizes for dressing up in brown face, election chances could suffer