Trump, ahead of NATO summit, repeats complaints on Germany, other Europeans 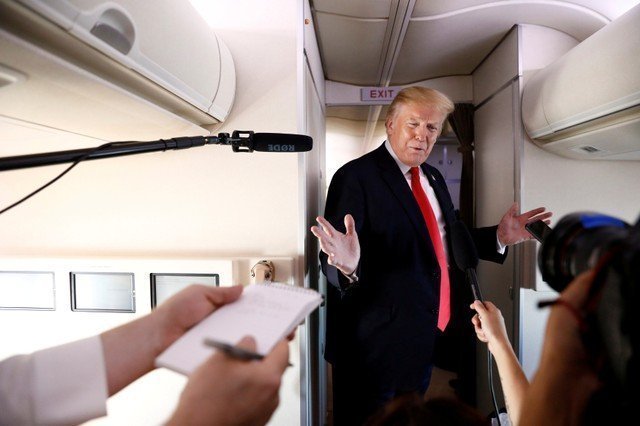 Less than two weeks before a NATO summit in Brussels, on Friday US President Donald Trump repeated his complaint that Germany and other European nations need to spend more on the military alliance.

“Germany has to spend more money. Spain, France. It’s not fair what they’ve done to the United States,” Trump told reporters aboard Air Force One.

NATO members have agreed to spend 2 percent of economic output on defense every year by 2024, but Germany and Spain are among the countries not expected to meet the target.

France plans to increase defense spending by more than a third between 2017 and 2025, with the aim of reaching the NATO goal.

The North Atlantic Treaty Organization summit is scheduled for July 11 and 12 at its new headquarters.

Last month, Trump complained that NATO members that did not contribute fully to the alliance would be “dealt with,” and he singled out Germany as not doing enough.