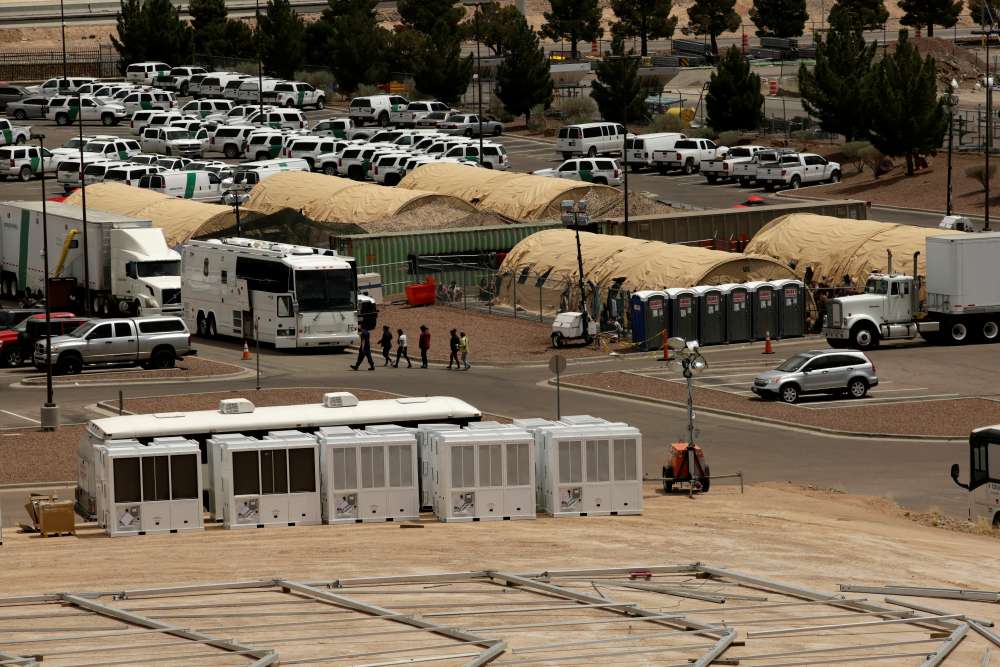 The Trump administration said on Thursday it plans to allow only 18,000 refugees to resettle in the United States in the 2020 fiscal year, the lowest number in the history of the modern refugee program.

In a move immediately decried by immigrant advocates as an affront to the nation’s humanitarian commitments, the administration said it had to shift focus to processing a backlog of hundreds of thousands of asylum claims, most of which are filed by migrants from Central America crossing the U.S.-Mexico border.

“The current burdens on the U.S. immigration system must be alleviated before it is again possible to resettle large number of refugees,” the State Department said in a statement.

At the same time, President Donald Trump issued an executive order saying his administration would seek the approval of state and local governments to resettle refugees in their communities, in a shift for a federally directed program.

Trump has made cutting immigration a centerpiece of his presidency. One of his first acts after assuming office in January 2017 was to issue an order capping the maximum number of refugees that year at 50,000, less than half the number former President Barack Obama had set a few months earlier.

Of the proposed 18,000 spots, 4,000 would be reserved for Iraqis, 5,000 for those fleeing religious persecution and 1,500 for people from the Northern Triangle countries of Honduras, Guatemala and El Salvador. That leaves 7,500, or roughly 40%, for all others.

When reports began circulating about plans to dramatically cut resettlement, the administration faced public criticism from evangelical leaders who said an agenda supporting religious freedom around the world should go hand in hand with protection for persecuted refugees.

A senior administration official discussing the move on Thursday said that the specific allocation for religious minorities would be an improvement over previous years where broad allocations were made per region.

The refugee cap was whittled down to 45,000 for 2018 and 30,000 for 2019, over the objections of senior officials in the Department of Defense, who view the program as crucial to rewarding and building allies in U.S. military campaigns oversees.

Under U.S. law, the president must consult Congress before finalizing the annual number of refugees it plans to accept but the determination is ultimately set by the White House.

The reduction comes at a time when there are nearly 71 million displaced people around the world, many of them refugees who have been waiting years in limbo for a chance at resettlement.

Beneficiaries of the U.S. program are meant to include people whose lives are in danger for assisting the U.S. military, orphaned children, and victims of female genital mutilation as well as many other fleeing civil strife and war.

Tens of thousands of refugees are in the pipeline for arrival to the United States, many with applications far along in the approval and vetting process. But a drastic reduction in the overall numbers, as well as the allotments for particular groups, could mean many of them will likely miss the chance to come to the country in the 2020 fiscal year.

The senior administration official said refugee arrivals, which had been temporarily suspended pending the release of the new resettlement numbers, should resume on October 22. While a short suspension is typical, the weeks-long halt has left many refugees who had already booked their flights stranded.

With the focus on the influx of migrants at the southern border, the administration has signed a series of bilateral deals in recent weeks that seek to push asylum seekers from Central America back to the region to apply for refuge in neighboring countries instead of in the United States.

Kevin McAleenan, acting secretary of the Department of Homeland Security, said in a statement the current refugee proposal – with nearly 10% of slots reserved for the northern triangle countries – offers people from El Salvador, Guatemala, and Honduras “the opportunity to seek refugee status close to home, rather than embark on a dangerous and often futile journey.”

The President’s companion executive order also potentially limits the places where those that are accepted can be resettled.

In the order, he said refugees should only be placed where state and local governments agree to receive them.

“State and local governments are best positioned to know the resources and capacities they may or may not have available,” the order said, “which maximizes the likelihood refugees placed in the area will become self-sufficient and free from long-term dependence on public assistance.”

The administration said refugee resettlement was a drain on government resources but immigration experts said new arrivals, who come with a legal status, often quickly fill jobs and contribute to local tax revenues.

Mark Hetfield, chief executive of Jewish non-profit refugee assistance organization HIAS said the executive order was an attempt by Trump to “allow governors and mayors to imitate his own refugee ban, state by state and town by town.”