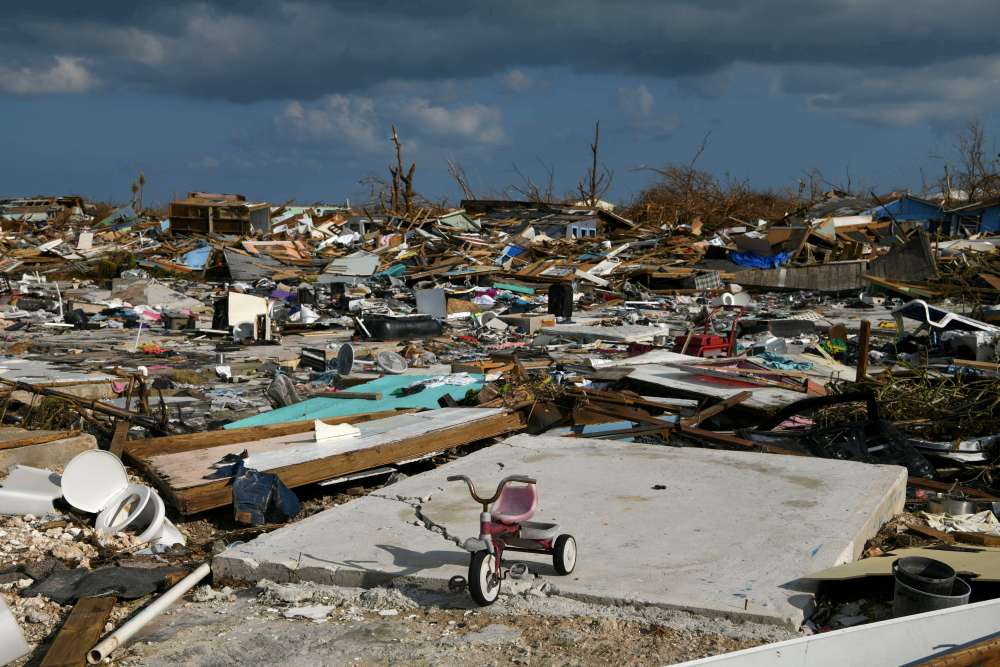 Tropical Storm Humberto lashed already devastated parts of the Bahamas with heavy rain and strong winds on Saturday, and forecasters said it was likely to become a hurricane before the end of the weekend.

The storm is expected to leave the northwestern Bahamas later on Saturday and then will move well offshore of the east coast of Florida and into the Atlantic Ocean through early next week, according to the U.S. National Hurricane Center.

Humberto had maximum sustained winds near 40 miles per hour (65 km per hour) with higher gusts, and was expected to become a hurricane by Sunday night, the Miami-based NHC said on Saturday.

Forecasters said it could drop up to six inches (15.24 cm) of rain in some areas but that it was not expected to produce significant storm surge in the northwestern Bahamas, which were hammered earlier this month by Hurricane Dorian.

Humberto could, however, hamper relief efforts in the area where thousands of structures were flattened and 70,000 people were left needing shelter, food and water and medical aid.

Dorian slammed into the Bahamas on Sept. 1 as a Category 5 storm, one of the strongest Atlantic hurricanes ever to hit land, packing top sustained winds of 185 miles per hour (298 km per hour).

Bahamian Prime Minister Hubert Minnis has said the official death toll from Dorian stands at 50 but that it is expected to rise.