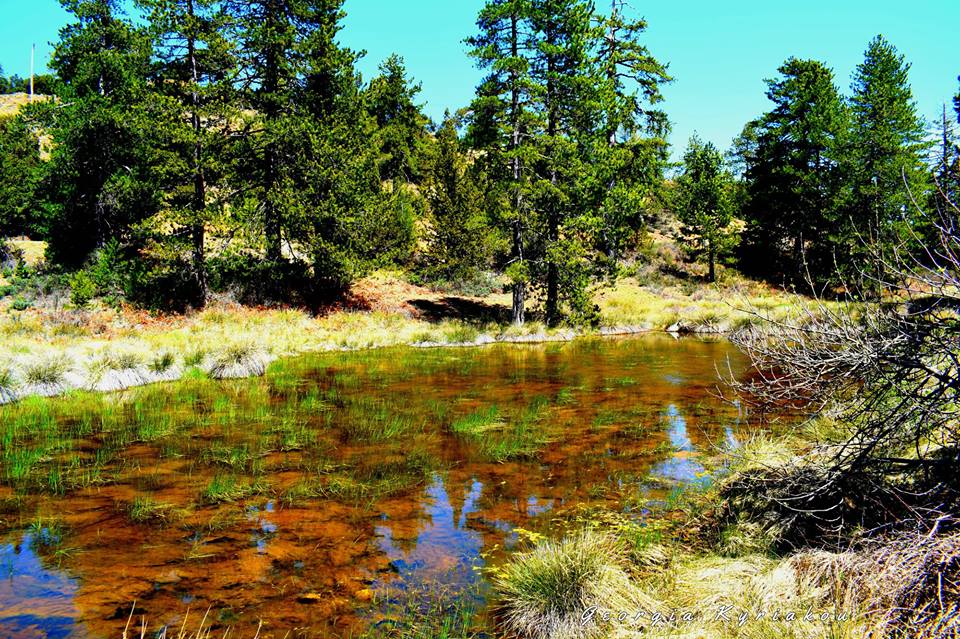 Take a trip into the mountains to discover an alternate view of the island. Rising to almost 2,000 metres above sea level, the Troodos peaks provide panoramic scenes to all corners of the island, a cool retreat from the heat of the coast and popular for taking in the healthy mountain air and enjoying nature in all its majesty.

Charming villages, some with cobbled streets and preserved folk architecture, nestle on terraced slopes amongst the pines or amid vineyards and orchards.

Wander through the village roads in the Solea Valley, known as the “apple valley” and Marathasa, known as “valley with cherry trees”. Those areas are renowned for their traditional architecture and their Byzantine churches and monasteries. Explore the traditional character of the villages of Pitsilia area, the picturesque of the area, the interesting churches and the hospitality of their inhabitants and also the Wine Villages (Krasochoria), renowned for their vineyards and wine. A number of small wineries welcome visitors on wine tasting tours.

Burbling mountain streams and nightingale’s songs are often the only sounds to fill the air in a region that poets have waxed lyrical over. The Troodos mountains are where the painted churches of Cyprus can be found, superb examples of Byzantine art, ten of which have been put on UNESCO’s World Heritage List.

There’s much you can do from mountain biking, to playing tennis, angling in one of the dams, or even skiing in winter. A series of nature trails will take you through areas of exceptional beauty among scented pines, running streams and the occasional waterfall, stopping at a shady picnic site. Some of these form part of the European path E4, an international network of long-distance walking routes crossing the whole of Europe.

Known scientifically as the Troodos ophiolite complex, the area was created about 80 million years ago and rose from the sea about 20 million years ago to create the island. It is one of the most widely studied geological formations in the world and has shed much light on the birth of the earth’s crust.

The specific climatic conditions created by the high altitudes and the peculiar geological substratum may have contributed to the unique flora found on Troodos with nearly 800 different plant species, 72 endemics, 12 of which found nowhere else in the world. Occasionally, if one is lucky, one may spot a Cyprus mouflon, a kind of wild sheep peculiar to the island, which roams free in the extensive forests and has been used as the symbol for the island’s national carrier. Birdwatchers may spot the rare and protected eagles or the colourful hoopoe with pink body, black and white crest and a call which can be heard from miles around.

Troodos Visitor Centre is situated 200m west of Troodos Square. It is the first of its kind in Cyprus and provides information about the Troodos National Park, its importance in the development of the region, the various facilities and activities available here, as well as information about the mountain environment in general. The Centre has a reception area with information on the geology, flora and fauna of the Troodos mountain range. There is also a nature trail where one can see a good sample of various plants and rock formations of the region.