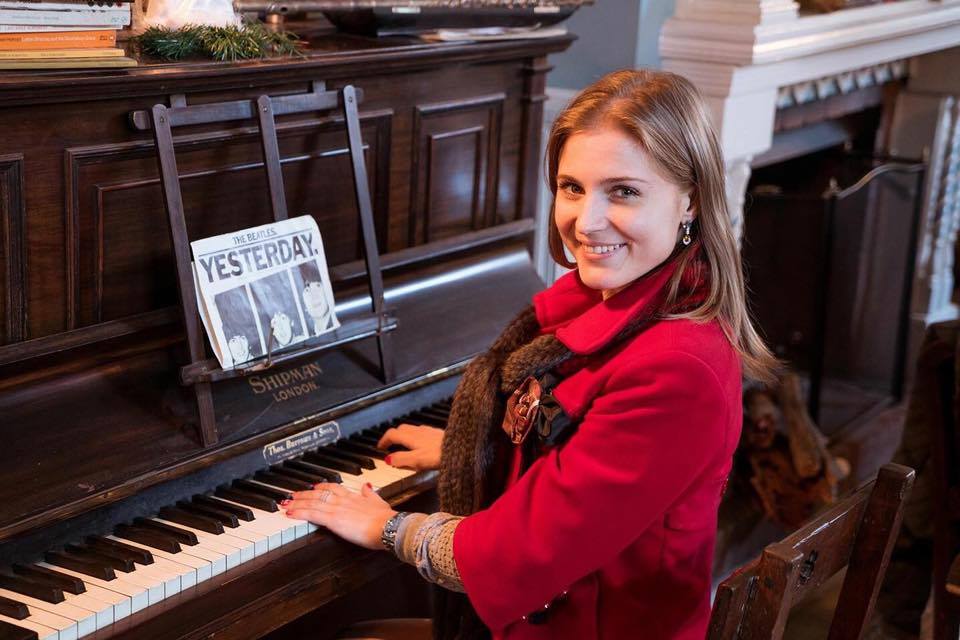 A unique concert for trombone and piano, will take place at Technopolis 20, on Friday, 29th of November, at 8pm. The established, multiple award winner and popular pianist Tatiana Stupak will play piano solo works which she has not previously played in Paphos. Stupak will also accompany the expert Moldovan trombonist Igor Babcinetchi, who recently moved to Cyprus from London, where he was performing for several years.

A few words about the musicians
Igor Babcinetchi graduated in 2001 from the University of Arts in Chisinau, the capital of Moldova, when he was already a member of the Moldovan National Philharmonic Orchestra. He has worked with the Moldovan National Opera, the Moldovan National Chamber Orchestra, the Romanian National Philharmonic, and the National Television and Radio Orchestra in Bucharest. He has played in a fiesta band in Spain, was Musical Director of a touring circus orchestra in Germany, has held a seat in the Romanian National Opera in Bucharest, and has been in the theatre orchestra on board different cruise ships.
His wide experience has broadened his repertoire from classical to include jazz, cabaret and show music, playing in big bands, brass ensembles and salsa bands. Whilst in London he took part in West End theatre orchestras, and started teaching trombone and trumpet.
Recently, he played with other teachers at the Open Day of the Tatiana Stupak School of Music in Limassol. After this event, Stupak and Babcinetchi agreed to play together at Technopolis, to create a unique experience for the Paphos audience.

Tatiana Stupak started learning the piano at age five, studying at the Special School of the Rimsky-Korsakov State Conservatory in St. Petersburg, and after that, for a further five years, continuing at the Conservatory itself. The winner of international music competitions including the Leipzig Bach competition. She has performed in Austria and Germany as well as in Russia.
Tatiana is now based in Cyprus, where she is well known, having played many times in the last few years, in Larnaca, Limassol, Monagri, Nicosia, Paphos, and at Kourion Ancient Amphitheatre, both as a solo pianist and accompanying other musicians. Since 2015, she has played the piano at more than 60 events. Since 2018, she has played piano solos at The Big Choir Project concerts.
She arranges charity concerts for children and for the church, and brings famous musicians from Russia, for example from the Bolshoi Theatre.
She opened the Tatiana Stupak School of Music in 2018, for piano and other instruments, and for teaching music subjects; the teachers are prize-winning professionals. Students can enter for examinations set by the Royal Schools of Music and by Trinity College. They are also invited to take part in public concerts, to gain experience in performing before audiences.
In 2018, Tatiana won awards on being chosen in competition, as Russian Cultural Woman of the Year in Cyprus.
She has been interviewed many times on Cyprus radio stations. She has also appeared a few times on Cyprus television channels, most recently being interviewed on the subject of children and music; previously she appeared live on TV ONE’s charity show, DanSing for You.
In the summer of 2019, having organised fund-raising concerts on several occasions for the Institute of Neurology and Genetics, she was invited to play piano solos at a concert at the Presidential Palace, where President Anastasiades presented her with an award on behalf of the Institute.
Tatiana maintains two YouTube channels: one for herself, and another for her music school.