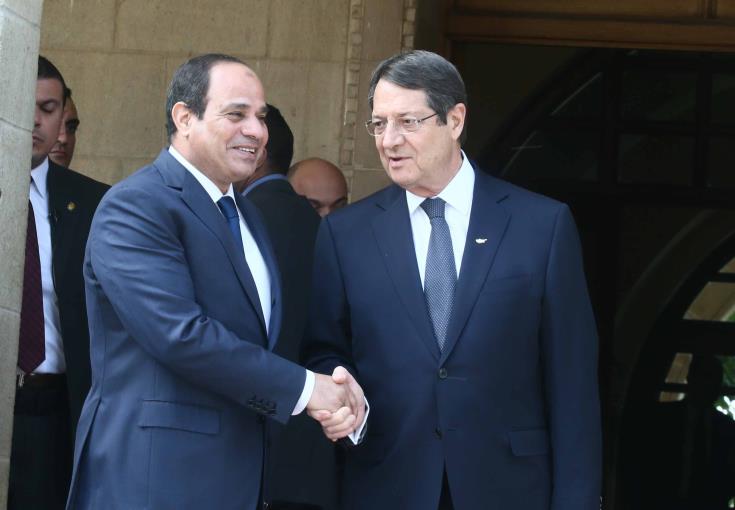 Cyprus Government Spokesman Prodromos Prodromou has told the Cyprus News Agency (CNA) that the Summit among Cyprus, Greece and Egypt, taking place on Tuesday in Cairo, is particularly important as it sends out a message of cooperation on the basis of the international legality against the illegal interventions of Turkey against the Republic of Cyprus.

Prodromou noted that the commitment of Cyprus, Greece and Egypt to cooperation, on the basis of the international law and particularly the UN law of the sea convention, UNCLOS, and the support of the sovereign rights of the Republic of Cyprus will be depicted in the Declaration of the Trilateral Summit.

He said that the meeting of the trilateral mechanism of Cyprus, Greece and Egypt is in itself important as this is the seventh summit. “However, at the same time, it is particularly important during this specific period of time, since it sends out the message of cooperation on the basis of the international legality against the illegal interventions of Turkey against the Republic of Cyprus,” he added.

Moreover he said that the bilateral meeting which Cyprus President Nicos Anastasiades will have with the Egyptian President Abdel Fattah el-Sisi  is of particular importance in the framework of the two countries` particularly close relation and cooperation, and that the two leadres will discuss among others about the illegal Turkish activities and provocations.

By In Cyprus
Previous articleTusk warns Turkish illegal drilling activities will only undermine good neighbourly relations with EU
Next article‘Buckle up’: Abrupt Syria policy shift is sign of Trump unchained