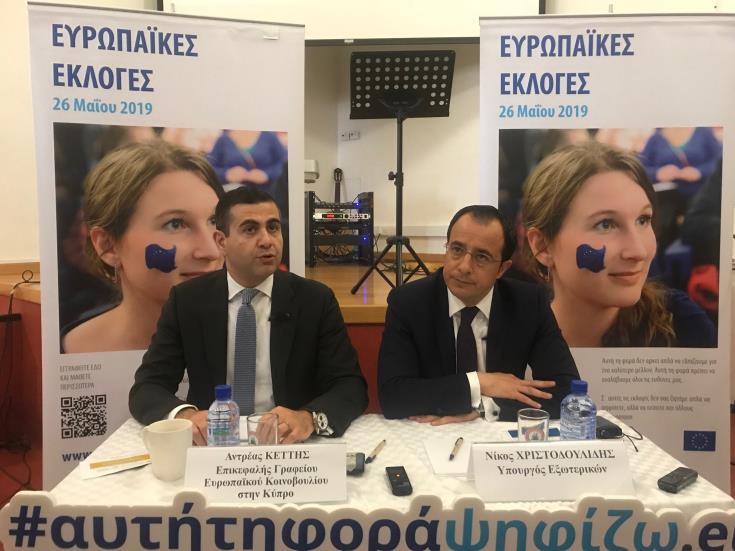 Trilateral meetings held by the Republic of Cyprus with other countries in the region contribute to efforts to solve the Cyprus problem, Minister of Foreign Affairs Nikos Christodoulides has said.

Speaking on the sidelines of an event in the Larnaca District and replying to questions regarding Wednesday’s meeting in Jerusalem between Cyprus, Greece and Israel, Christodoulides said that it was important that with the ad hoc participation of the United States to discuss energy and maritime security, the role of this significant aspect of the Republic of Cyprus’ foreign policy was acknowledged.

Christodoulides noted that during the meeting a constructive discussion was held on energy safety and cooperation among the states of the region, as well as energy prospects in the Eastern Mediterranean, and how states in the area and also the EU could contribute to creating a new energy passage.

He added that other states were also interested in participating in such trilateral formations, with a specific agenda.

The Foreign Minister pointed out that such meetings also send the appropriate messages to Turkey for regional cooperation, adding that Cyprus did not exclude anyone, as long as these states respected the sovereign rights of their neighbouring countries and acted within international law.

Christodoulides expressed hope that the Cyprus problem would soon be solved so that it would be possible for Turkey to participate in these discussions.

Asked if the United States had reacted to Turkey’s provocations in Cyprus’ exclusive economic zone, Christodoulides said that these were difficult times for the USA and Turkey, due to Turkey’s moves.

He also said the Greek Foreign Minister was currently in Turkey to discuss security and guarantees, as well as the resumption of talks for a Cyprus settlement.

Christodoulides expressed hope that there would be a positive outcome that would allow for optimism. Furthermore, he said he expected the UN Secretary General’s envoy, Jane Holl Lute, to visit Cyprus soon, as she will have to prepare a report for the UN Security Council.

By In Cyprus
Previous articleIndustrial turnover increases 8.1% in 2018
Next articleJYSK to open at Nicosia Mall on April 6