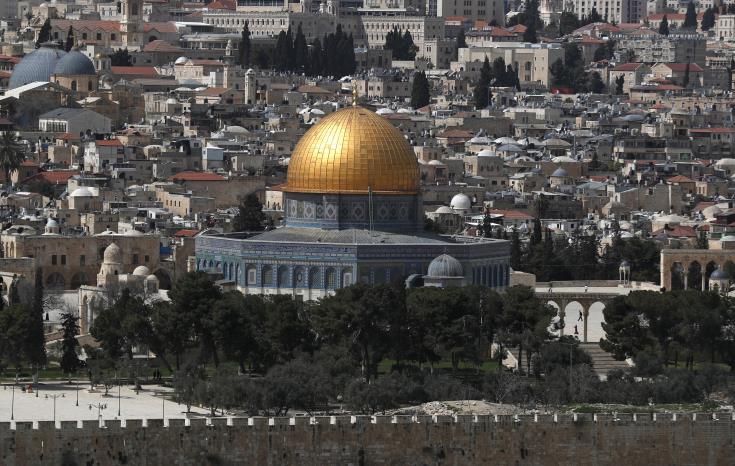 The 6th Trilateral Cyprus-Greece-Israel Summit, with the participation of the United States, begins in Jerusalem Wednesday afternoon to advance energy and security in Eastern Mediterranean.

On the sidelines of the summit, President Anastasiades will hold bilateral meetings with Netanyahu and Pompeo.

Issues on the agenda include energy security and regional developments.

The State Department said that Pompeo, while in Jerusalem as part of his visit to Lebanon and Kuwait, will “also participate in a meeting with Israeli, Cypriot, and Greek leaders to discuss key energy and security issues facing the Eastern Mediterranean region”.

Pompeo is expected to hold bilateral contacts with the three leaders. This will be followed by a meeting of all four together which will later include delegations.

During their December Summit, the Leaders of Cyprus, Greece and Israel had pledged readiness to proceed with an interstate agreement concerning the EastMed pipeline while the United States of America had also expressed support to the project, through its Ambassador to Israel, David Friedman.

Last week, the State Department had praised the Eastern Med in “moving forward in exploring and exploiting for the benefit of their people – Greece, Cyprus, Turkey, Egypt, Israel”, their offshore resources.

The Cyprus Government Spokesman on Sunday told CNA, the signing of the EastMed pipeline, was unlikely to go ahead as any developments are expected after the European elections. Rome’ presence, who is a partner of the gas pipeline project that aims to link Israel, Cyprus, Greece and Italy, is required for the signing.