Tribute to a System of a Down (S.O.A.D.) in Nicosia on September 8 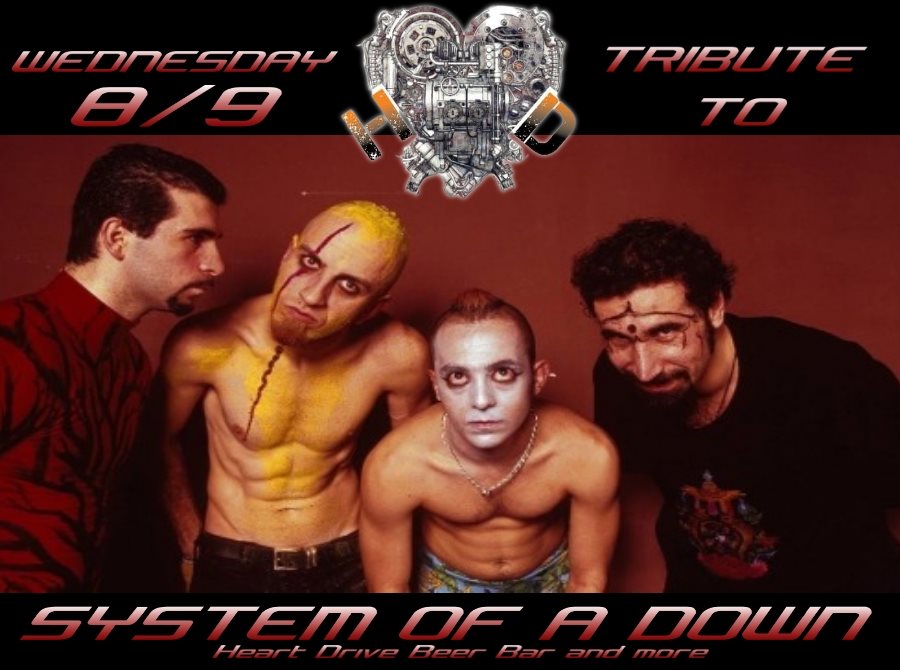 One of the best tributes ever is coming this Wednesday with Chris on the decks spinning it with System of a Down tracks!

Striking a balance between ’80s underground thrash metal and metallic early-’90s alternative rock, Armenian-American quartet System of a Down effectively pushed their socially conscious, politically charged messages into the mosh pits during the turn of the century’s nu-metal wave.

Their dark and wild style led them from a cult following to a full-blown movement with breakout hit Toxicity, which debuted at number one in 2001 and planted them at the top of the charts through the early 2000s with a pair of related albums, Mezmerize and Hypnotize. Soon afterward, the band took an extended hiatus, branching off into various solo projects while maintaining a cultural presence with sporadic concerts and continued efforts to spread awareness of the Armenian genocide.

They would not return until 2020 when they released their first fresh material in 15 years, “Protect the Land” b/w “Genocidal Humanoidz,” the proceeds of which went to the humanitarian needs of families displaced by the 2020 Nagorno-Karabakh war.

When Wednesday, September 8 at 9pm

By Lisa Liberti
Previous articleRapid antigen testing units – Thursday, 9 September 2021; who is eligible
Next articleThe continent of the future is Africa, said Patriarch of Alexandria