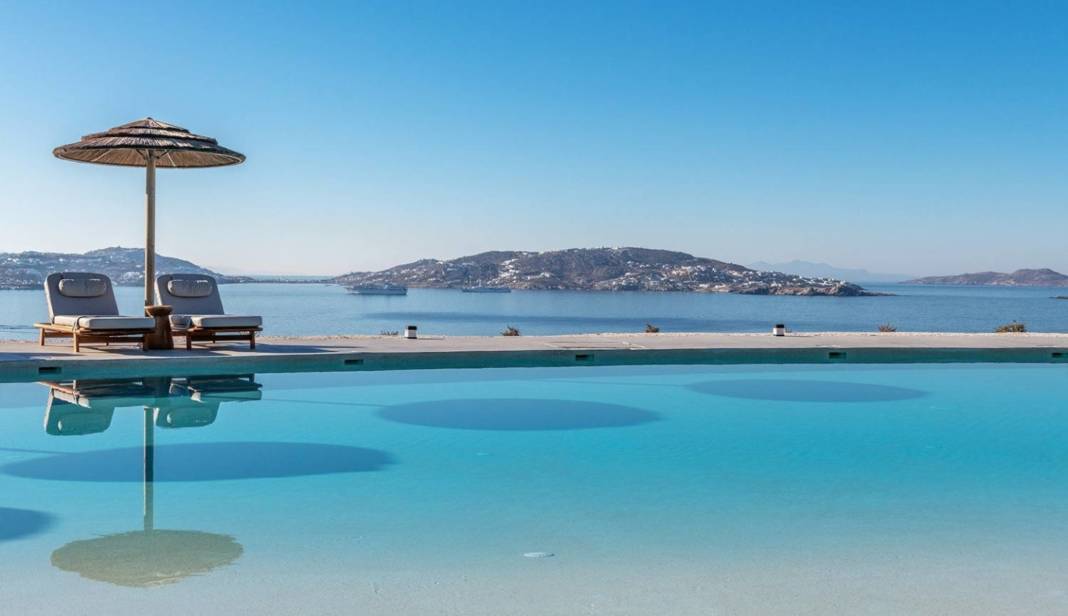 Expanding its investment activity on the Greek island of Mykonos where it already has two luxury hotels, “Oniro Suites” located in Chora and “Oniro Mykonos” in Agios Stefanos, Treppides Investments has just joined forces with global Pacha Group which is totally associated with Ibiza’s tourism and entertainment industry.

Pacha Group is an international holding company founded in Barcelona by Ricardo Urgell and specializes in leisure, entertainment and hospitality as well as in fashion and perfume events business.

The legendary group with the two joined cherries as its logo has descended in Mykonos this year with a multi-million investment which includes a hotel, a restaurant and a club. These are the legendary “Pacha Club”, “Leo’s Mykonos” restaurant-club-cabaret and super luxury “Destino Pacha Mykonos Hotel”. 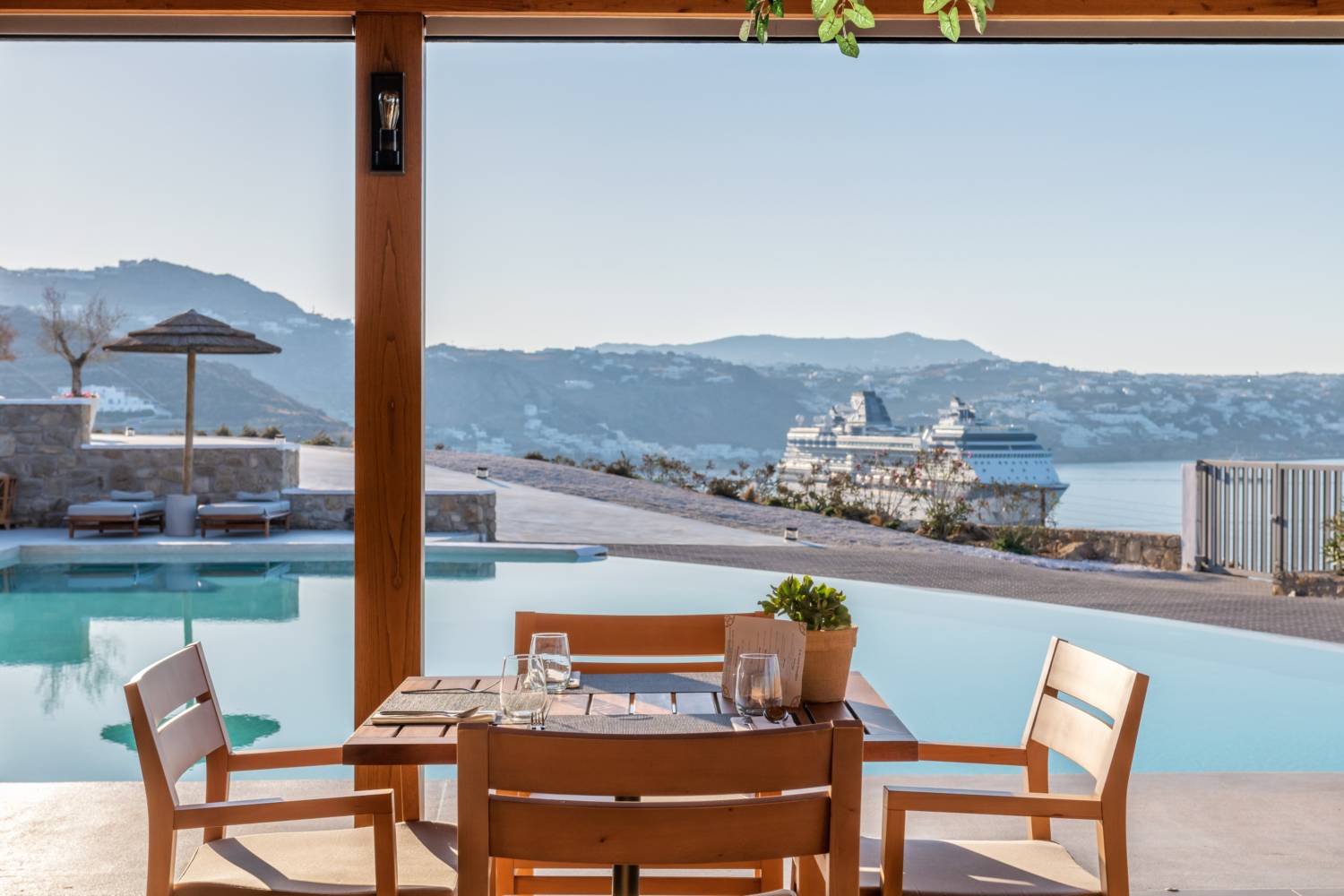 Behind this huge project is the London-based American investment fund called Trilantic Europe which, in 2017, took over Pacha group, and then invested in the evolution of the brand with the opening of branches all around the world – including Mykonos.

Trilantic Europe’s financial backer, who manage more than €2 billion, dispatched representatives to Mykonos to identify ideal locations for the group’s new investment on the island.

For “Destino” luxury hotel to become a reality Pacha Group chose “Oniro Mykonos” in Agios Stefanos, owned by Treppides Investments, and which is now renamed and transformed into the super deluxe “Destino Pacha Mykonos Hotel”.

This is the first hotel owned by Pacha group in Greece, and has 34 luxurious rooms and six aesthetically top suites overlooking the Aegean Sea. Future plans provide for its expansion to 55 rooms and suites.

Its rooms are dominated by white walls and natural wood with refined touches, inspired by Cycladic architecture. It also has a restaurant which is aesthetically unique and whose menu is based on Greek and Mediterranean flavours, a bar featuring world-renowned DJs, a swimming pool and a wellness center which includes rooftop yoga. 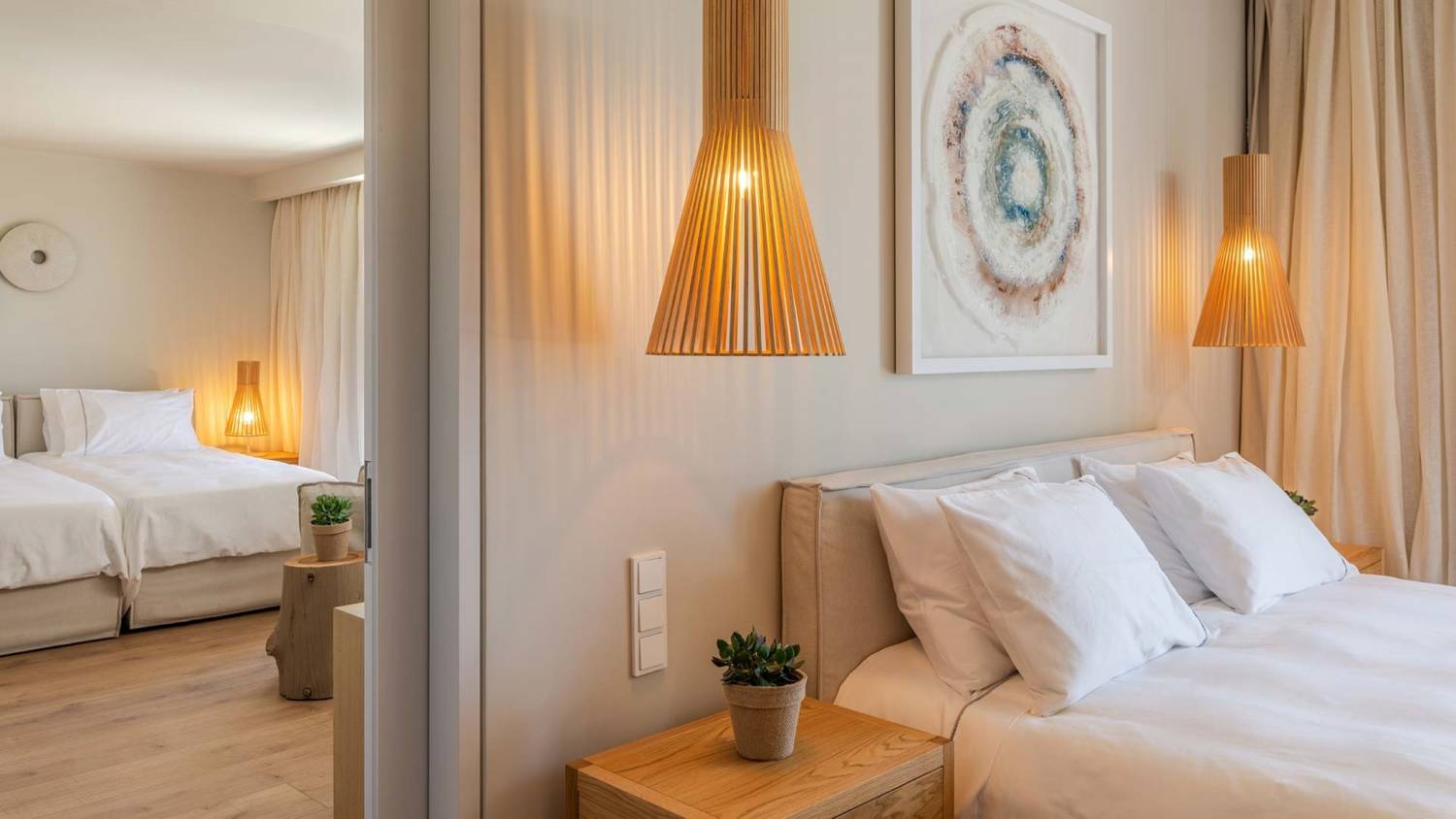 “Destino Pacha Mykonos Hotel” is expected to welcome its first customers on 1st June 2021, and has already started accepting reservations on its website:   www.destinopachamykonos.com

The cooperation of Treppides Investments with the global Pacha Group reflects the commitment and vision of the company for continuous expansion and development.

Nicolas Treppides, owner of Treppides Investments, welcomed this significant deal which took months to be reached and noted: “I am pleased with the outcome of our discussions with the Pacha Group.  I believe that “Destino Pacha Mykonos Hotel” is a perfect fit for our propery.”

At the same time, Treppides Investments maintains the aesthetically unique, super luxury “Oniro Suites” in Mykonos which is expected to normally operate this summer. In addition, the company maintains two hotels in Athens – “Oniro City” luxury boutique hotel in Kolonaki and “Asomaton Hotel” in Thiseio, while a new boutique hotel is under construction in trendy Mitropoleos Square.