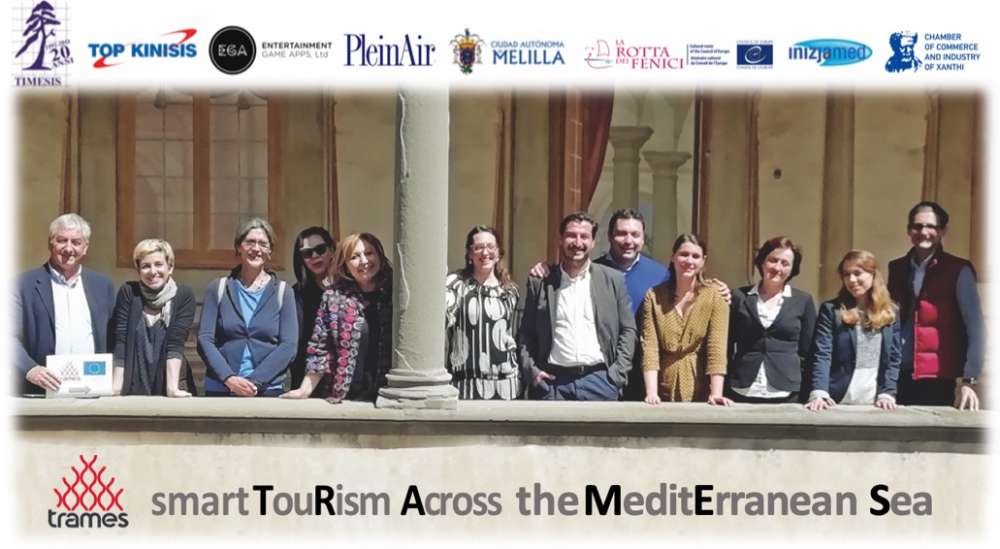 Eight Smart Ways, seven Intercultural Dialogue Festivals and a video game dedicated to the Phoenicians’ ancient routes are the objectives of the TRAMES project which is based on the creation of new tourism routes in five pilot areas in the Mediterranean Sea.

Co-financed by the European Union COSME Programme, the initiative is based on the Phoenicians’ Route, a route included since 2003 in the Council of Europe’s “Cultural Routes” Programme and recognised since 2016 by the World Tourism Organisation which promotes cultural dialogue through the cultural and ar­chaeological heritage of Mediterranean civilisations following the ancient nautical and maritime routes.

TRAMES project provides for the creation of smart routes based on current topics including sustainability, creative tourism and the active involvement of local populations and entrepreneurs, the creation of heritage interpretation centres, the organisation of an Intercultural Dialogue Festival circuit and the development of a video game.

Among the goals of the initiative, are the revitalisation of the EU destinations, the deseasonalisation and the implementation of the sustainability of tourism offers.

At the same time, the project aims to promote collaboration between tourism operators and cultural industries, to create public-private partnerships and to promote the exchange of experience and expertise at an international level.