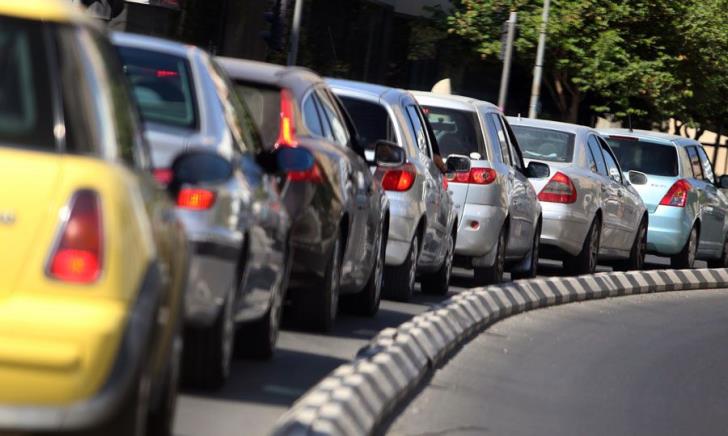 Authorities have begun enforcing stricter fines today on serious traffic violations, as an increasing number of road accidents are caused by irresponsible behaviour.

The fine for calling or texting while driving is raised from 85 to 150 euro for a first offence and then doubled for the same repeat offence in the next three years.

Not wearing a seat belt will now be punishable by a 150 euro fine and then doubled if the same offence is repeated in three years.

The fine for not wearing a helmet is raised from 85 to 200 euro and then raised to 400 for the same offence within three years.

The fine for not stopping at a red light is 300 euro, the same is parking at a disabled space.

Parking on a double yellow line will now carry a fine of 100 euro, while the fine for overtaking at a pedestrian crossing is raising to 200 euro.

For driving under the influence, offenders will be fined 125 euro for 22 to 35 miligrams of alcohol in their blood, with the driver subject to a prison sentence of one month if taken to court, along with a 1500 euro fine.

For 36-55 miligrams of alcohol, the fine is raised to 250 euro, along with a 3 to 6 point penalty. If the driver causes an accident, he is subject to a prison sentence of three months and a fine of up t o3 thousand euro.

For 56-70 miligrams of alcohol, the fine is raised to 500 euro along with 4 to 8 point penalty. If the driver causes an accident, he is subject to a prison sentence of eight months and a five thousand euro fine.

Beyond 71 miligrams, the driver’s case is sent to the Attorney General’s Office.

For 31 to 50% over the limit, the fine is raised to 3 euro per kilometer, with 3 to 6 point penalties. If the driver causes an accident, the case goes to court and they are subject to a one year prison sentence and a four thousand euro fine.

On 51-74% over the limit, the fine is raised to 5 euro per kilometer with 4 to 8 point penalty, while the Court has the discretion of a strict penalty.

On 75% over the allowed limit, the case is sent directly to court.

Police will be flexible on roads with a speed limit up to 100 kilometers, allowing up to 120.