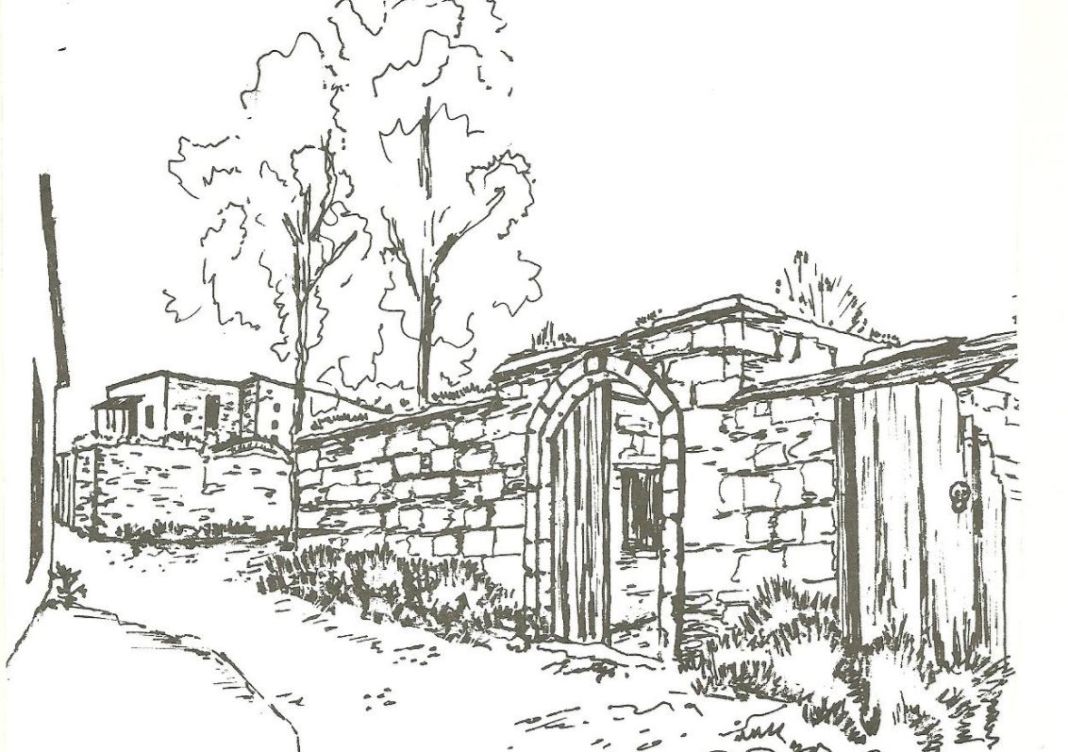 The rich history of Cyprus, from the dawn of human civilization to the end of the Middle Ages, is punctuated by significant monuments. But alongside the island’s ancient ruins and the Byzantine churches stands its anonymous vernacular architecture, the built environment of our historic settlements. These traditional buildings, constructed to shelter the life and aspirations of ordinary people, encapsulate the material expression, the living testimony of the culture, the beliefs and the social, political and economic circumstances of our ancestors.

The form and organisation of settlements and their vernacular buildings depend on the topography of the land, the climatic conditions, the available materials and their properties, but also on socio- economic factors. Villages seem to organically grow upon the landscape, be it steep mountains, rounded hills or plains, forming a remarkable unity between natural and manmade environments. Settlements were compact, densely built, with narrow, earthen or stone-paved streets uniting the individual dwellings and linking the settlement to the agricultural land at its outskirts. The church was the historic core of the settlement, a gathering place for the settlement’s inhabitants and the centre of its social and economic activity. Other public spaces were rare, usually developed alongside the main road leading to the settlement.

The rural house was built without following a set plan, but according to the needs of the family. The organisation of the house reflected the introverted nature of the community. The closed inner courtyard was the heart of the house, a main living and working space for both people and animals. Surrounded by high walls, it was an inherent and necessary component of the dwelling space and provided access to the different parts of the house, usually two or three makrinaria (narrow long rooms), cellars and/or di- chora (double space rooms) which were always positioned against the edges of the plot, either in a linear or an L-shape formation. Access to the courtyard from the house was via a courtyard door that led straight to it, or through a semi-open arched portico. The rooms were rarely linked to each other; their doors usually opened only onto the courtyard. The dichoro was the most important internal space of the house and had multiple functions: it served as a living and sleeping room and as a reception space, but it could also house animals. The dichoro was formed by doubling the width of a makrinari by replacing the dividing wall with a wooden beam spanning the length of the room, or by inserting a stone arch in place of the wall. When the arch was used, this room was called palati (palace).

The doors and windows were small and few and proportioned according to the structural qualities of the building materials. Openings towards the street were scant, usually with only a front door and an arsera (small window) high above it for ventilation. Houses were always positioned to- ward the south or the east, to absorb as much sun- light as possible.

A second floor was built usually when the plot was small and did not allow for ground floor ex- tensions. Access to the second floor rooms was always via an external stone or wooden staircase located in the courtyard against the front elevation of the main house; this staircase usually ended in a small covered wooden balcony.

At higher elevations, on the mountains, the topography limited the space available for housing. In this case a courtyard was rare, and the buildings seem to clamber up several levels on the steep slopes. The different levels of the house were accessed straight from the street at different elevations. There was often an iliakos which formed a kind of covered verandah on the highest level of the house.