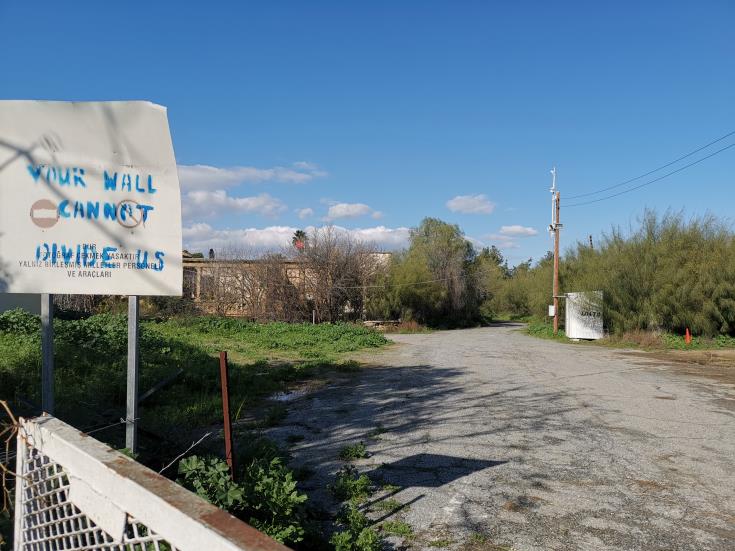 Trade cooperation between Greek Cypriot and Turkish Cypriot entrepreneurs, in the framework of the Green Line Regulation, was relaunched since the end of April, through arrangements for contactless transactions that were made possible with the contribution of the bicommunal Technical Committee on Entrepreneurship/ Economic and Trade Issues, a well informed source has told the Cyprus News Agency (CNA).

The source noted that the Technical Committee has been working with a view  to facilitate contactless transactions between businesspeople on both sides of the divide, in the framework of the implementation of the Green Line Regulation, with the approval and in coordination with the competent authorities of the Republic of Cyprus.

Due to the current conditions, as a result of the COVID-19 pandemic, the transactions are taking place within the buffer zone, close to the crossing points, in accordance with the procedures provided, while all necessary safety measures are taken, the same source, noted, adding that this was made possible after the Orthodox Easter, once the Turkish Cypriot traders were able to gain access to the buffer zone.

To this end, regular contacts are taking place with the UN and with the Turkish Cypriot side when this is required, in the framework of the effort to maintain the momentum as regards the Technical Committee’s operation, the source said. It is further noted that they have been trying not to leave the Technical Committees run out of steam, adding that there is a clear will to support them and encourage them to continue their work.

Furthermore the same source recalled that during the period before the COVID-19 pandemic, there was a momentum as regards the bicommunal Technical Committees operation and activities, noting that the intention is to maintain it.

It went on to say that a teleconference of the Technical Committee on Culture would take place on Thursday, as part of the work undertaken with regard to a bicommunal art exhibition organized in February.

“We are building on everything that has been achieved so far and we are continuing the work towards the same direction, in the framework of the mandate given to the Technical Committees by the two leaders,” Cyprus President Nicos Anastasiades and Turkish Cypriot leader Mustafa Akinci the source concluded.

The Republic of Cyprus’ Cabinet had decided on February 28 to suspend the operation of four crossing points (Ledras Street, Astromeritis, Lefka and Dherynia), as a precaution against COVID-19 continuing to allow the crossing in another five crossing points.

The Turkish Cypriot authorities prohibited all crossings from mid-March. On April 11 the prohibition expanded to include the diplomatic corps and members of the UN.

By In Cyprus
Previous articleWe all have a role to play to keep COVID-19 at bay, says head of WHO Europe (Video)
Next articleShop employee booked for not wearing mask, 77 for breaking lockdown