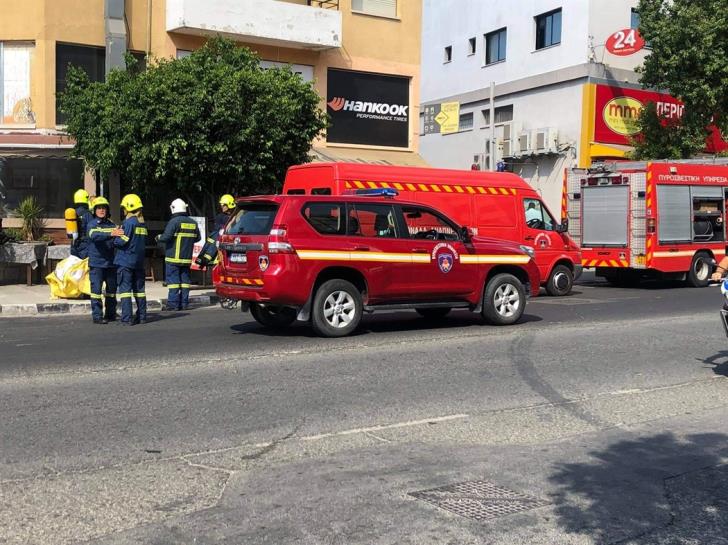 Fire Service members on Monday morning rushed to the busy Nicos and Despinas Pattichi Avenue in central Limassol where a barrel in a van containing chemical substances had exploded.

The explosion that took place after 9am involved the transportation of the chemical Phosphine.

The barrel containing 25 kilos of Phosphine was ignited when the driver of the van parked outside a warehouse.

The Fire Services and Police immediately rushed to the area. Using loudspeakers, the Police evacuated the area at a distance of 100 meters from the site of the explosion and blocked the roads.

According to the Head of the Fire Service in Limassol Christoforos Stylianou, three special vehicles rushed to the area to deal with the incident, and it was deemed necessary to evacuate the area of the explosion as Phosphine is poisonous and toxic.

By In Cyprus
Previous articleCyprus and Russia agree to amend Double Tax Treaty
Next articleFine of €6,500 in a bar in Paphos for violating decrees