Tourists injured after rockfall at pristine beach in Zakynthos (video) 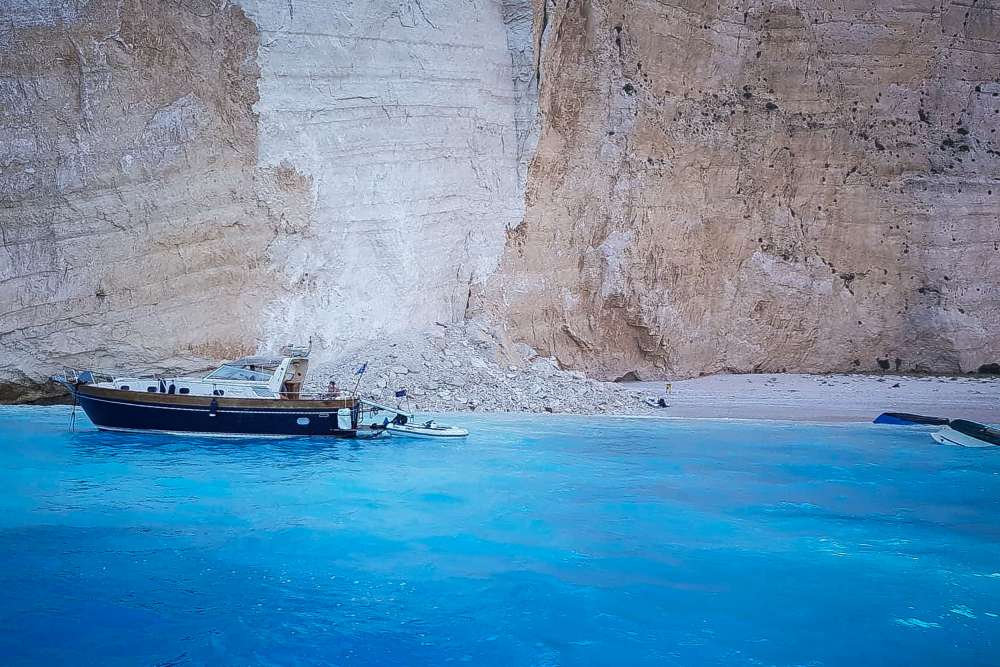 At least seven people were injured in Greece on Thursday in a rockfall at the popular Navagio beach in the island of Zakynthos, Greek authorities said.

Their injuries were not life-threatening, fire brigade and coast guard officials said.

There were no people missing but authorities had air and sea assets in the area and were conducting a search as a precaution, in case people were trapped under the rocks, one official said.

“So far, we haven’t found any trapped people but we will continue searching,” a fire brigade official said.

One of the Ionian island’s main attractions, Navagio has a shipwreck on the shore and is surrounded by steep cliffs. It can only be reached by boat.

Video footage uploaded on the website of Greek newspaper Proto Thema showed bathers running in panic as a large part of a cliff peeled off the rockwall and tumbled down at a point close to the sandy shore.

A couple of small vessels overturned from the force of the fall that caused high waves, witnesses told authorities.

A Czech woman suffered back injuries and was transferred to hospital, a coast official said.

Another six people, including two children, had received treatment for minor injuries, a hospital official in Zakynthos told Reuters.

The beach has been evacuated and boats have been prohibited from approaching until further notice. All passengers on the boats anchored off the beach have been accounted for.

“There was a noise and a small piece or rock fell, then a second bigger one and finally a third large piece of rock which created a whirlpool in the sea which capsized the boats,” a crew member told the Athens News Agency.

Scores of tourists, many of them with children, were at the beach at the time. 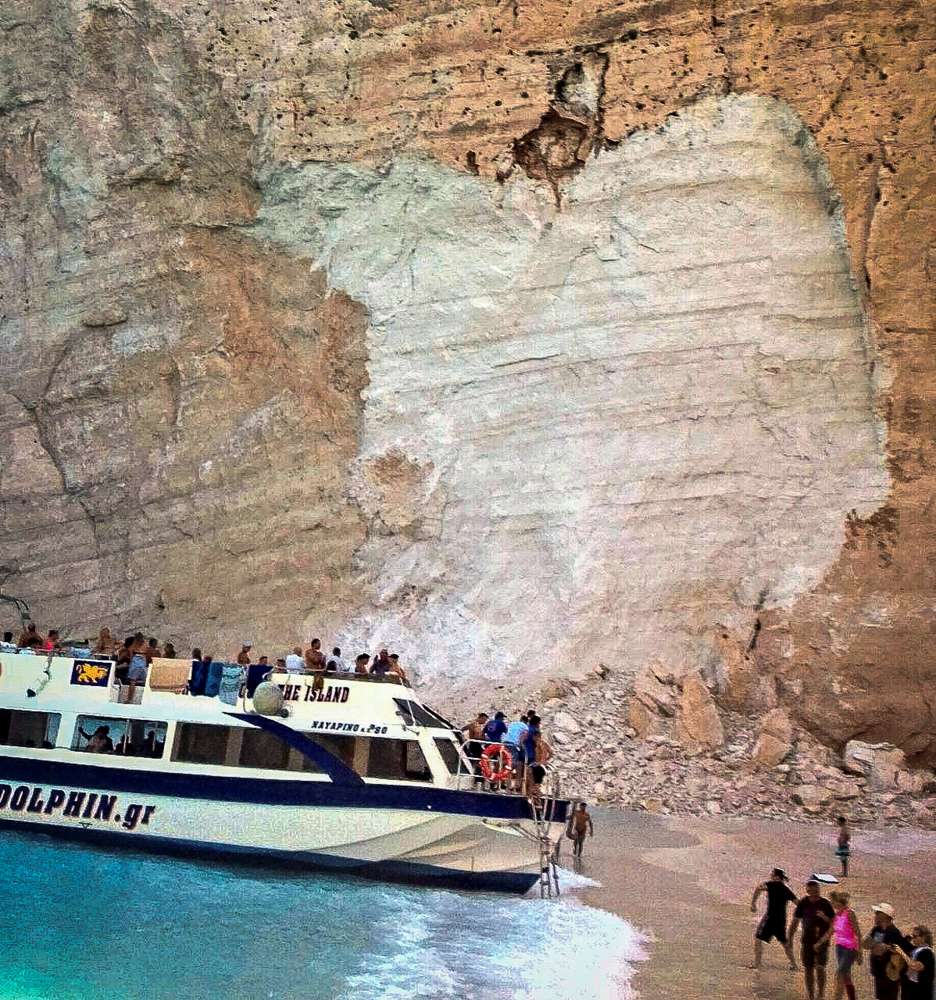 By In Cyprus
Previous article48 year old to stand trial for rape and sexual abuse of child
Next articleEmployees in the broad public sector rose to 67,670 in Q2