Tourists from new markets expected in Cyprus in coming months 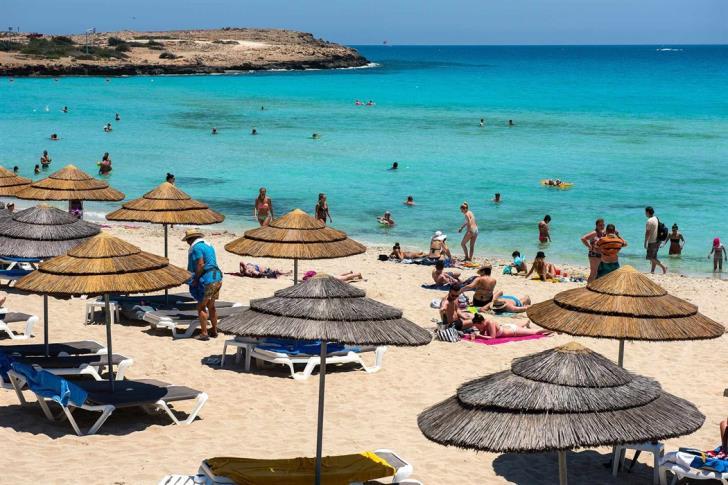 Tourist arrivals in August and September are expected to be at the same level as in July and maybe slightly higher, Deputy Minister for Tourism Savvas Perdios has told the Cyprus News Agency. Perdios said that new tourism markets will come to the front in the coming months and in 2022.

“It is expected that August and September will be around the same level as in July and hopefully a little better because of the British who have just started coming. Theoretically speaking, if we do not suffer any other setback, probably the situation will be slightly better in August and September”, he noted.

Perdios said that the Deputy Ministry plans to carry on with its actions to promote Cyprus as a tourist destination and to extend the tourist season, but added that everything will depend on both the country’s epidemiological picture and abroad.

The Deputy Minister said that 2021 is a transitional year and that the recovery of the island’s tourism industry is expected to start in 2022. “But it is too early to make an estimate. Right now, we are not even thinking what the goals will be for 2022. We take it for granted that it will be the beginning of the recovery, but it could take until 2024 to return to the numbers of 2019”, he noted.

Tourist arrivals during the first seven months of 2021 reached 30% of those in the corresponding period of 2019. In July arrivals reached 55% of arrivals in the same month of 2019. “It looks like that this year is better than last year”, he said.

Perdios said that arrivals from Russia are the backbone of the tourism sector, accounting for 30% of total arrivals. He also said that he expected arrivals from the UK, currently not exceeding 10%, to mark an increase. In 2019, the United Kingdom was the leading source of tourism for Cyprus.

He also expressed contentment over the fact that “several markets in which we have invested over the last 18 months, such as Ukraine, Greece, Poland and Israel, have increased rates between 5-8% each”.

“I am confident that over the next months and in 2022 more markets will come to the front”, he noted, referring to France, Germany and Scandinavia.

According to the Director General of the Cyprus Hotels Association (PASYXE), Philokypros Roussounides, the average hotel occupancy rate will hover around 45% in August. He said that the main sources of tourism are Russia and Ukraine, while expectations for increased arrivals from the UK have not been met because of the uncertainty of the pandemic.

He noted that bookings for September are currently at an encouraging level.