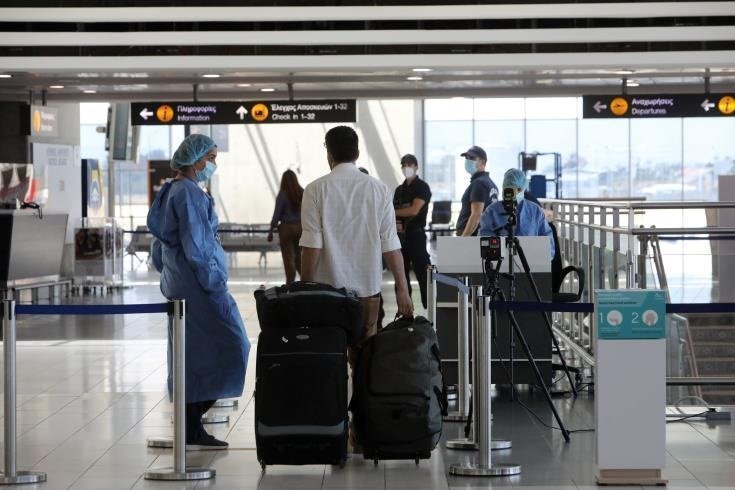 Μore relaxations of measures for arrivals οf tourists at Cyprus airports apply as of today as the two airports enter the second phase of operation following their reopening on June 9.

Transport Miniσter Yiannis Karousos expressed his satisfaction that Cyprus enters the second phase of its airports’ reopening and that the island is expanding connectivity with more countries abroad. He noted that the authorities continue their efforts putting public health and safety at their priorities.

Yesterday the Health Ministry announced that following the opening of the country’s borders on June 9, 2020, the epidemiological picture of the various countries in relation to COVID-19 disease has been re-evaluated and new countries have been added to categories A and B.

However all passengers need to fill out the CyprusFlightPass. More details can be found at: https://cyprusflightpass.gov.cy/

Ministry issues new lists of countries for travel to Cyprus

Passengers from countries in Category B will need a certificate that they have tested negative for COVID-19 72 hours prior their arrival. These countries are: Israel, Poland, Romania, Belgium, France, Ireland, Italy, Lebanon, Jordan, the Netherlands, Spain and the United Arab Emirates.

Hermes Airports Senior Communications Manager Maria Kouroupi told the Cyprus News Agency that despite the fact that airports reopened facing several challenges, so far things have been going smoothly, all health and safety measures such as temperature measurement, wearing protective masks and keeping distances, are being followed.

She added that between June 9-15, about 7,000 passengers had flown in and out of Cyprus airports, boarding 85 flights, including 19 repatriation flights carrying 1,266 people. She noted however, that the flights carried out during this period are a very small percentage of the normal traffic at the two Cyprus airports.

As for countries not included in categories A and B, flights to and from Cyprus will be allowed from June 20, but only certain categories of passengers will be allowed to travel, such as Cypriots, their foreign spouses and their minor children, legal residents and persons entitled to enter the Republic in accordance with the Vienna Convention and persons regardless of nationality entitled to enter the Republic of Cyprus, after special permission from the Republic of Cyprus.

By In Cyprus
Previous articleLatest on the worldwide spread of the coronavirus
Next articleU.S. prosecutor who has investigated Trump lawyer refuses to resign