Tourism accounts for 20% of jobs in business sector 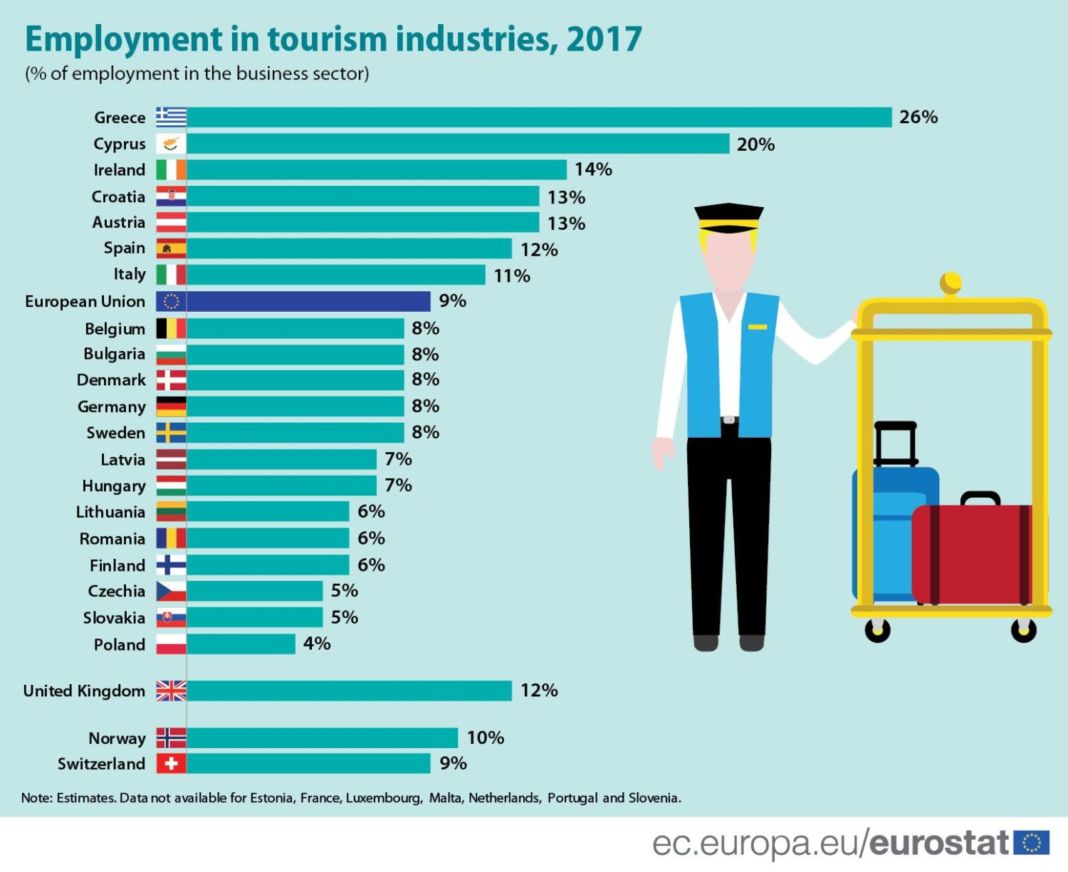 Tourism, one of the first industries to be affected by the current coronavirus pandemic, accounts for 20% of employment in the business economy of Cyprus.

This is the second highest rate in the EU after Greece, according to figures issued by Eurostat on Thursday.

Amid the coronavirus pandemic, travel restrictions and widespread cancellations have led to an almost complete halt in international as well as national tourism.

Based on Eurostat estimates, in 2017, there were 2.3 million enterprises in the tourism industries (these are economic activities providing an important part of their services to tourists, but also to non-tourists).

The tourism industries accounted for 3.7% of the turnover and 5.8% of the value added at factor cost of the non-financial business economy in 2017. Compared to other sectors, the tourism industries have relatively strong seasonality, with peaks in turnover in the third quarter (July, August and September) every year and a long-term upwards trend up to the last quarter of 2019 (the most recent data available).

The tourism industries are an important motor for many countries’ economies and labour markets. 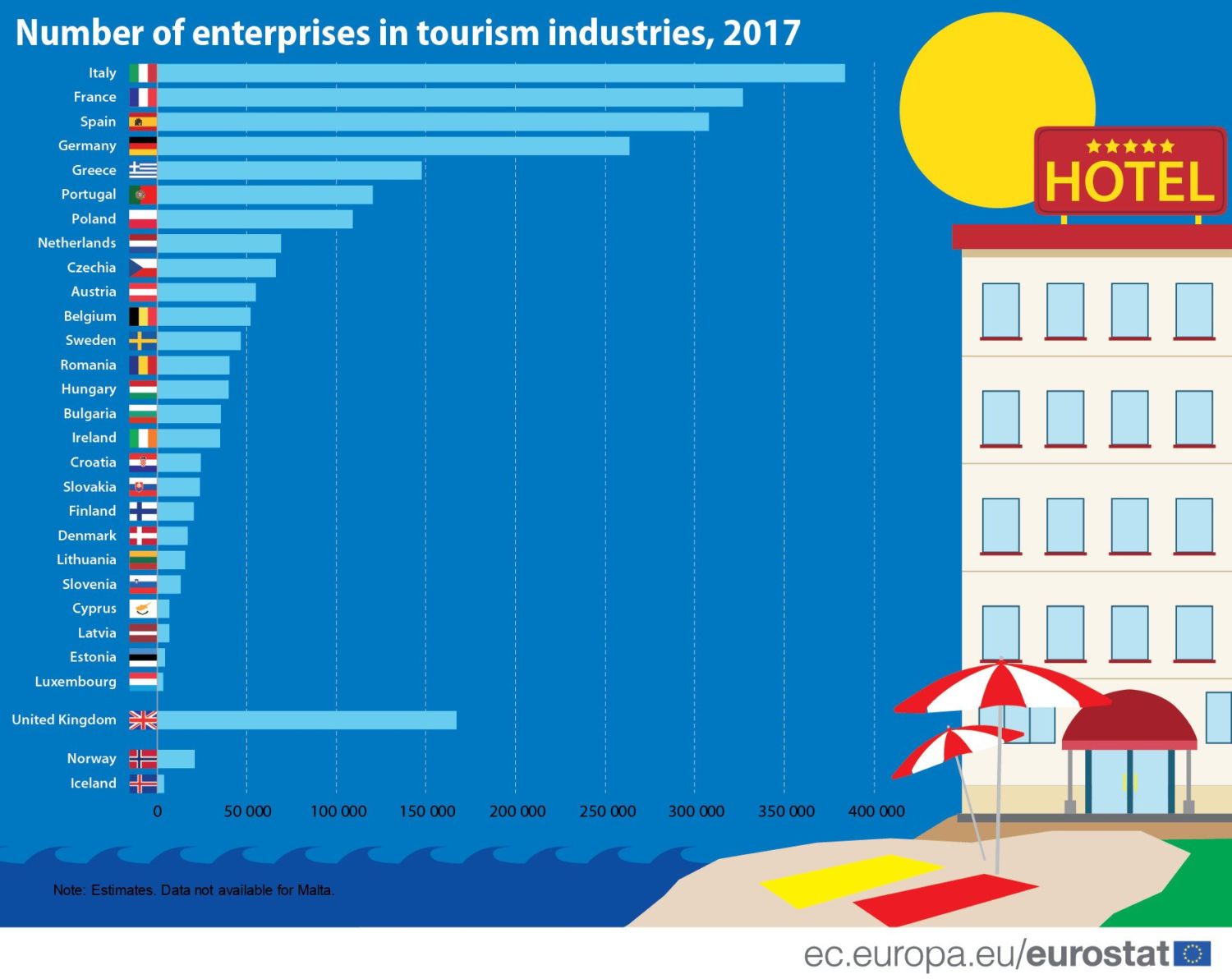 In 2017, the tourism industries accounted for 26% of the employment in the business economy in Greece (not including the financial sector).

Thereafter followed Cyprus (20%), Ireland (14%), Croatia and Austria (both 13%) and Italy (11%). At the other end of the scale, only 4% of the persons employed in the non-financial business economy in Poland were active in the tourism industry. It should be noted that employment data for the tourism industries are not available for France and a number of other EU Member States.

By In Cyprus
Previous articleHow to watch ‘One World: Together At Home’ benefit concert featuring Lady Gaga, others
Next articleLatest on the spread of the coronavirus around the world