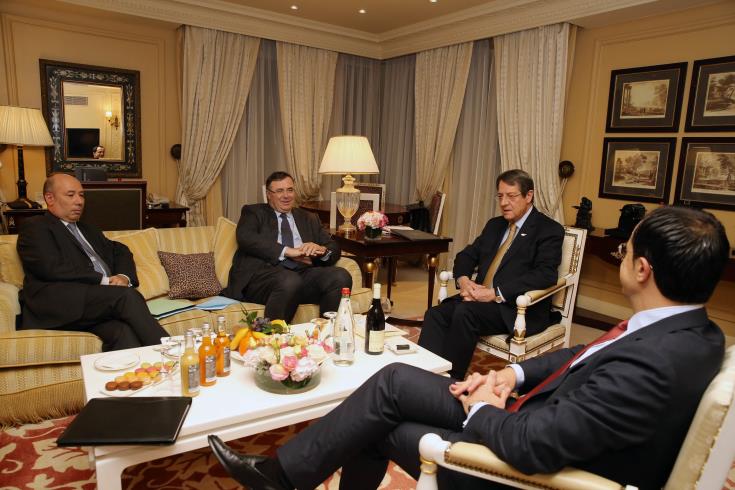 French energy giant Total has reaffirmed its commitment to its energy plans in Cyprus and reiterated an interest to further expand its presence.

This was revealed by government spokesman Prodromos Prodromou following a meeting on Saturday evening in Paris between President Nicos Anastasiades with Total CEO, Patrick Pouyanné.

Prodromou who was present during the meeting said the French company reiterated its committed its interest in the Cyprius’ EEZ.

Prodromou added that the French company expressed its desire to be further expand its presence, either in cooperation with Italian ENI, or on its own.

Total has applied to the Cyprus government to acquire a stake in the licence for block 8 in the Cyprus’ EEZ currently owned by Italy’s ENI.

The two companies are partners in blocks 11 and 6. An exploratory well carried out in early 2017 in Calypso target revealed a “promising discovery” but no data have been disclosed yet concerning the reservoir size.