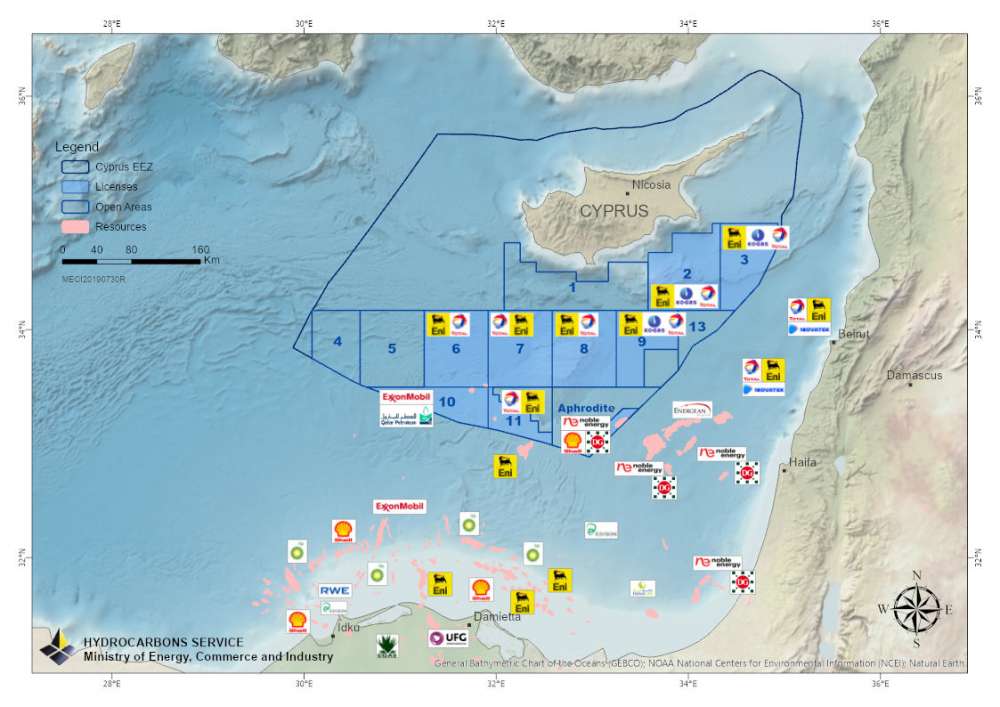 Energy Minister Yiorgos Lakkotrypis announced on Tuesday that a consortium made up of France’s Total and Italy’s ENI has been granted a licence for exploratory drillings in block 7 of Cyprus’ Exclusive Economic Zone (EEZ).

He also announced that Total has been granted a licence for blocks 2, 3, 9 and 8 where ENI has been operating.

In statements to the press at the Filoxenia Conference Centre, the Minister said that the framework of cooperation between the Republic of Cyprus and companies Total and ENI which was an initiative of President Anastasiades himself and the CEOs of Total and ENI, has been concluded.

“We believe that this arrangement will strengthen the consortium both in technical and economic terms as well as geo-politically”, said the Minister, adding that “all these are necessary in order for them to move on to their drilling activities uninterrupted”.

The Minister said that he expected nine exploratory and appraisal wells to be carried out as of the end of 2019 or beginning of 2020 and over the next 24 months.

Lakkotrypis sent the message that “the Republic of Cyprus is moving forward with its energy plans”.

With regard to Turkish provocations in Cyprus’ EEZ, the Minister noted that “Nicosia has been taking action at diplomatic and legal level” and that “we will continue to do exactly the same thing to defend our country’s sovereign rights with every means at our disposal”.

By In Cyprus
Previous articleMitsero murders: Police chief thanks search teams, investigators
Next articleHuge part of Varosha belongs to Evkaf, its director claims