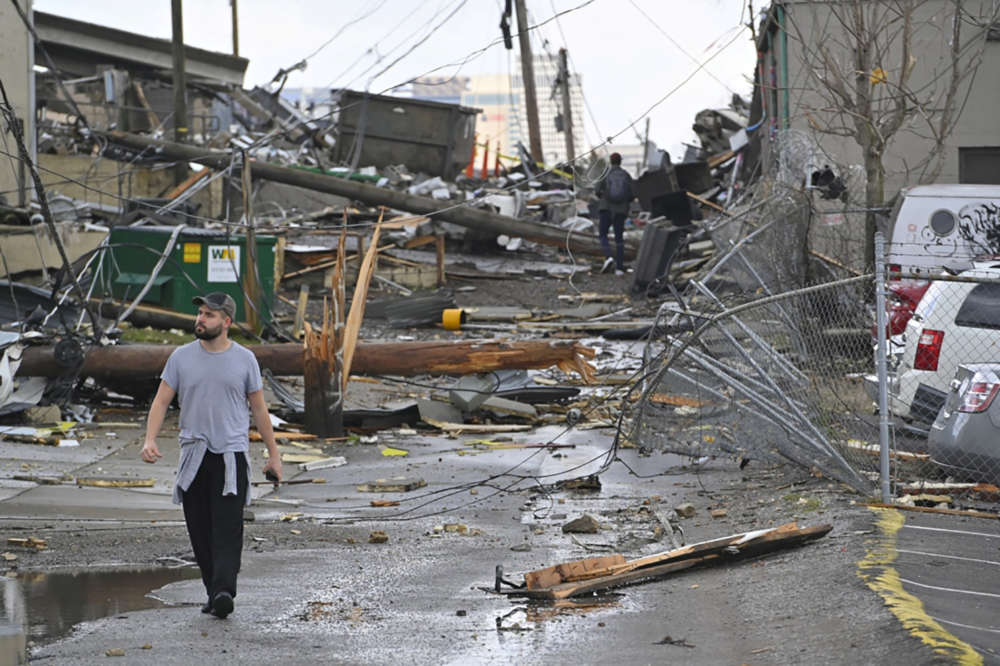 At least 19 people were killed early on Tuesday after powerful tornadoes ripped through Nashville and other parts of Tennessee, flattening buildings and leaving tens of thousands of people without power, authorities said.

The death toll, provided by the Tennessee Emergency Management Agency, may rise given the number of people who remain missing statewide, Governor William Lee said at a news briefing.

At least 30 people were injured in Nashville, the state capital, and least 48 buildings were destroyed, with many more damaged, Fire Department Director Chief William Swann said.

Tennessee is one 14 states that will be holding primary elections on Super Tuesday. Despite the widespread destruction, polling sites at schools and elsewhere will be open for voting unless otherwise noted, officials said.

“We want people to exercise their rights and get out there and vote,” Lee said.

Lightning that accompanied the tornado lit up the darkened sky as the storm rumbled through central Nashville, video posted on Twitter showed.

At daybreak, video footage on local television revealed leveled houses and crumbled businesses in Nashville, a city of 691,000.

Crushed vehicles, piles of debris and power lines snapped in two were strewn about, and rescue vehicles blocked streets as residents carried their belongings away from their destroyed homes.

“This was obviously a very strong tornado. There are multiple homes damaged, multiple people injured, multiple people still trapped,” Mt. Juliet Police Captain Tyler Chandler said in a video posted on Facebook. “We need your help. And that means if you can stay at your house, please stay home.”

Schools, district offices and courts will close on Tuesday due to the tornado damage throughout Nashville, apart from the public buildings set to be used for polling.

Voting in Nashville and the surrounding area will start an hour later at 8 a.m. local time due to extensive storm damage, state election officials said. Polling will still close at 7 p.m., as earlier planned. Authorities will relocate some polling places.

Officials told residents of Nashville, among the country’s fastest-growing cities, to try not to travel, especially through the damaged areas.

Lee said he had spoken to the White House about federal assistance and that he planned to assess the damage in a helicopter on Tuesday.

“Prayers for all of those affected by the devastating tornadoes in Tennessee,” President Donald Trump said on Twitter. “We will continue to monitor the developments.”

The twister knocked down power lines, and one utility pole dangled horizontally in the street in the Donelson area, home to country music’s most famous concert stage, the Grand Ole Opry, news pictures showed.

Nashville Electric, the city’s public utility, said there were more than 44,000 customers without power early in the morning, with reported damage to four substations, 15 primary distribution lines, and multiple power poles and lines.

The National Weather Service said there were eight reported tornadoes that touched down in Missouri, Tennessee and Kentucky.

This is not the first tornado to occur on Super Tuesday in Tennessee. In 2008, a nighttime tornado caused significant damage across the middle part of the state, the weather service said in a Twitter post.

By In Cyprus
Previous articleGDPR commissioner: ‘Children under 14 need parents’ permission to use Facebook’
Next articleCyprus in 2019 marks five years of consecutive economic growth