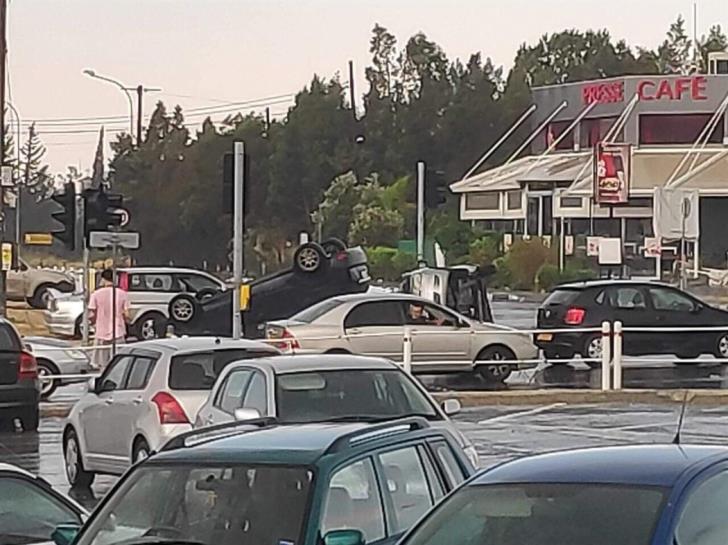 A tornado caused four cars to turn over in Strovolos shortly after 4 pm on Sunday.

The incident happened at the intersection of Stavrou avenue and Hadjiosif street.

There were no reported injuries.

Police and the fire service have arrived at the scene.

Earlier on Sunday morning the met office issued an orange alert warning for rain and thunderstorms.