Top ESA/NASA scientist: creating a society in Mars is the ultimate goal for humans 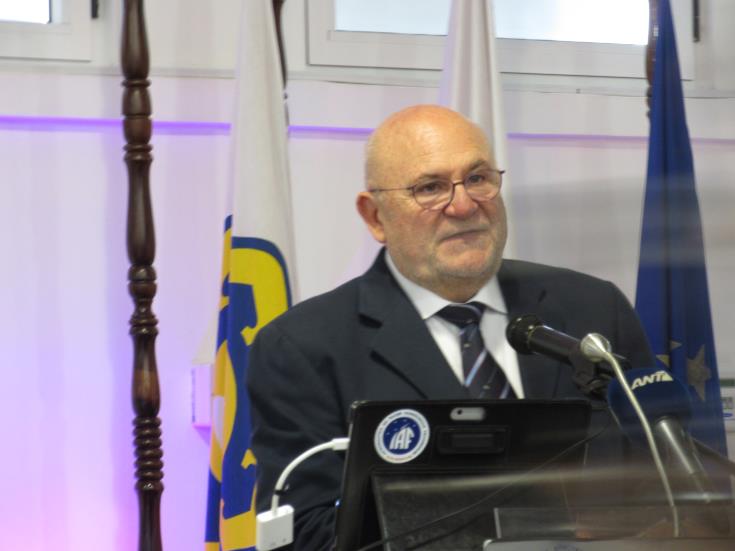 Mars is the ultimate goal, the only planet in our solar system where we can imagine humanity creating a new society, Marcello Coradini, a renowned top ESA/NASA scientist has told the Cyprus News Agency.

Coradini, who paid Cyprus a visit at the invitation of the Cyprus Space Exploration Organisation (CSEO), has talked to CNA about space, its importance to humanity as well as the future of humanity in our solar system. In 1991, the International Astronomical Union named asteroid 4598 after him for his contributions to asteroidal science and exploration.

The Italian scientist, who was ESA Programs Coordinator at the Jet Propulsion Laboratory (JPL) in Pasadena, California until end of August 2015, told the Cyprus News Agency that Mars is the only planet in the solar system where man could imagine humans creating a settlement.

Asked if humanity will soon make a huge step on the red planet, he first noted that robotically humans go there every year, “but with humans it is going to be more challenging”.

Coradini, who spoke to CNA in Nicosia on the sidelines of the European Space Agency`s space start-ups competition `Act In Space`, that was brought to Cyprus for the first time by the CSEO, said that space is very important for the society, adding that there is no life without space nowadays and space must have a future.

“So the youngsters are our future and we look forward to their ideas also because it is very important even for a small country like Cyprus to develop a network of space companies, to develop ideas and new technologies, that is the future”, he pointed out.

He advised Cyprus to be more active in the field of space, saying that “space is not only adventure and passion, it is also money, it is also markets, it is also industrial return from the big European organisations like the EU, the ESA, so the country has to prepare itself to receive these opportunities.”

Space, he said, offers many opportunities in all fields, including science, technology, telecommunication.

“In every possible field of your imagination there is space for space”.

Giving an example, he said that nowadays, even in fishery they make use of space technology, to locate big groups of fish.

Coradini, whose name was given to an asteroid in 1991 when those space rocks were not as commonly detected, was asked about this honor.

“It is a great honour but it is also humbling, and anyhow you know, I am just one of very many (asteroids) in the skies now”, he went to to say.

Coradini joined the European Space Agency in April 1987. As Coordinator of the Solar System Missions (1987-2010), he has been in charge of planning and overseeing the Solar System missions implementation at ESA. More recently, he led the ESA Exploration Program and contributed to the formulation and budgeting of the ExoMars 2016 & 2018 program.

During the ActInSpace ESA competition in Nicosia, the top scientist guided the contestants and addressed the opening ceremony, in the presence of Minister of Transport, Communication and Works Vasiliki Anastasiadou, CSEO President Giorgos Danos and Deputy Mayor of Nicosia Eleni Loucaidou.

This space competition is considered by CSEO to be the most important one in high technology and space innovation ever organized in Cyprus.

Designed for students but open to everyone, the objective of the competition is to foster entrepreneurship, encourage start-up creation and promote the use of space technologies and space acquired data to change citizen’s lives, to boost employment and to protect our planet.

The winning team from Cyprus will represent the island to the international competition in the Space City in Toulouse, France, where the first prize is a Zero-G flight.

By In Cyprus
Previous articleA step forward but still a long way to go for CCB negotiations
Next articleCyI president: Cyprus to undertake coordinating, regional role in addressing climate change