Ticking clock may save Trump from impeachment in U.S. Congress 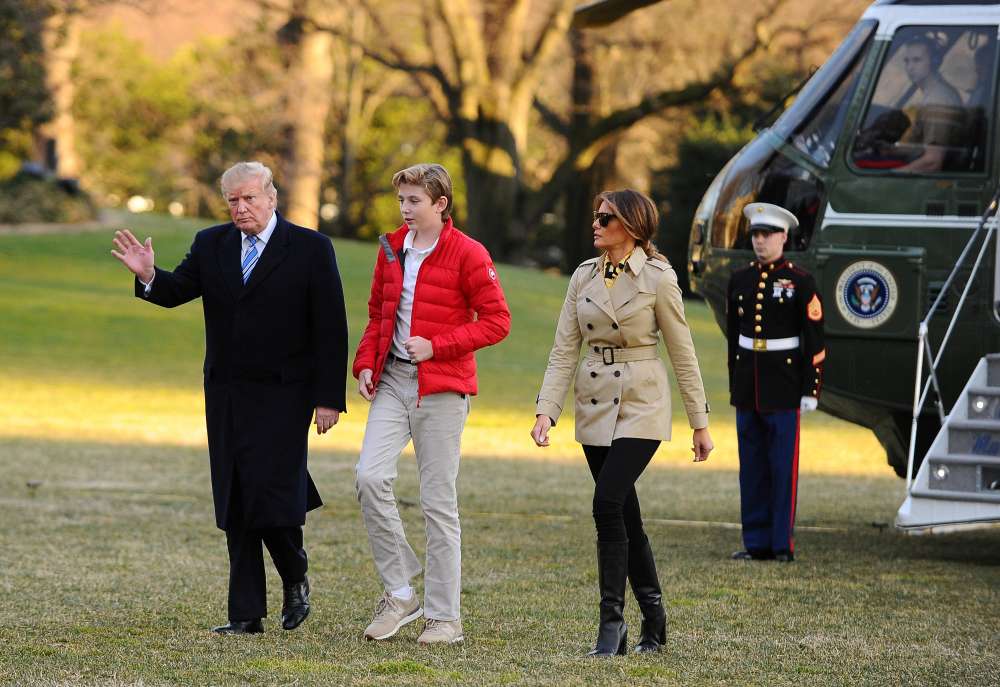 A momentous question hanging over Washington is whether investigations into President Donald Trump will prompt the U.S. Congress to try to remove him from office through the impeachment process set out in the U.S. Constitution.

The answer could be significantly influenced by the clock.

With the 2020 presidential and congressional election campaigns already gearing up, the political calendar could dictate whether initiating the time-consuming impeachment process is even plausible, Democratic and Republican lawmakers said.

An emerging sentiment among some lawmakers is that by the time a president is nearing or in the last year of a four-year term, voters in the next election, not Congress, should determine whether he stays or goes, even amid allegations of wrongdoing.

The House of Representatives, which would initiate any impeachment bid against the Republican Trump, is controlled by Democrats. Republicans control the Senate, which would conduct a trial and then vote on whether to remove Trump if the House impeaches him for any “high crimes and misdemeanors,” as the Constitution specifies.

A Republican-led House voted to impeach Democratic President Bill Clinton in 1998, midway through his second term in office, and the Senate voted not to remove him in 1999. Under the Constitution, presidents are barred from seeking a third term.

Asked whether Congress should begin impeachment actions against Trump if it means doing so late this year or into 2020, Senator Dianne Feinstein, the Senate Judiciary Committee’s top Democrat, told Reuters, “Well, the (presidential) race is next year, so I would think it would not make sense perhaps to do it in an election year.”

“But the year before, I think is fair game,” added Feinstein, who like all Senate Democrats at the time voted to acquit Clinton of the perjury and obstruction of justice counts approved by the House.

House Speaker Nancy Pelosi said Trump is unfit to be president but she is “not for impeachment.”

“Impeachment is so divisive to the country that unless there’s something so compelling and overwhelming and bipartisan, I don’t think we should go down that path, because it divides the country,” Pelosi said in a Washington Post interview published on Monday. “And he’s just not worth it.”

Representative Steve Chabot, one of 13 House Republicans who prosecuted Clinton’s impeachment charges before the Senate, said in an interview, “The closer one gets to an election, I think the bar goes up as to what one considers to be impeachable.”

As an election nears, “I think there is an inherent consideration that perhaps the voters should decide this,” added Chabot, a House Judiciary Committee member.

Special Counsel Robert Mueller is preparing to submit to U.S. Attorney General William Barr a report on his investigation into whether Trump’s 2016 campaign conspired with Russia and whether Trump unlawfully sought to obstruct the probe. Several congressional committees have launched their own investigations.

Trump has denied obstruction of justice and collusion with Moscow.

The Clinton impeachment process ran five months from the release of the independent counsel report that prompted the House to act until his Senate acquittal.

Even though the Nov. 3, 2020, election is roughly 20 months away, numerous Democrats have kicked off campaigns to win the right to challenge Trump, who is seeking re-election. The state-by-state contests to decide the Republican and Democratic presidential nominees begin Feb. 3, with the Iowa caucuses.

George Washington University law professor Jonathan Turley, who testified before the House Judiciary Committee during Clinton’s impeachment process, said of the current Congress: “They’ve basically got a sweet spot of a year” to impeach and hold a Senate trial, if lawmakers deem those actions necessary.

Turley told an American Bar Association conference in New Orleans, “No one is going to tolerate an impeachment months before an election, when the president is on the campaign trail.”

House Judiciary Committee Chairman Jerrold Nadler, whose panel would be instrumental in drafting any articles of impeachment, has said he believes Trump has committed obstruction of justice, but that it is too soon to decide on impeachment. “We do not now have the evidence all sorted out,” Nadler told ABC’s “This Week” program on March 3.

“Before you impeach somebody, you have to persuade the American public that it ought to happen,” Nadler added.

Only two presidents, Clinton and Andrew Johnson, have been impeached by the House. Neither was removed. In the aftermath of the U.S. Civil War, Johnson was impeached in 1868 after firing his secretary of war, only to be acquitted by the Senate.

President Richard Nixon resigned amid the Watergate scandal in 1974 after the House Judiciary Committee approved articles of impeachment but before the full House had a chance to vote.

Regardless of whether impeachment is pursued, Democrats and even some fellow Republicans noted the importance of congressional oversight of Trump.

Democratic Representative Jamie Raskin, a Judiciary Committee member, said in an interview that the “oversight function is the critical thing right now.”

Raskin added, “Timing is obviously going to be a subsidiary factor along with the character of the offenses that have been discovered.” Timing, Raskin said, “becomes more of a factor” in impeachment as elections near.

Chabot said if there is evidence that Trump “colluded with (Russian President Vladimir) Putin to steal an election – if that really happened – then he ought to be impeached, as far as I’m concerned.” Chabot quickly added that he doubts there will be such evidence.

Democratic Representative Joe Courtney said in an interview impeachment “would probably be a very hard thing for the average American to swallow if we’ve got an election” looming with Trump on the ballot.

“Having said that,” Courtney added, “there are certain circumstances, which I don’t think we’re in right now – sometimes you just have to do what you have to do if the country’s at great risk.”