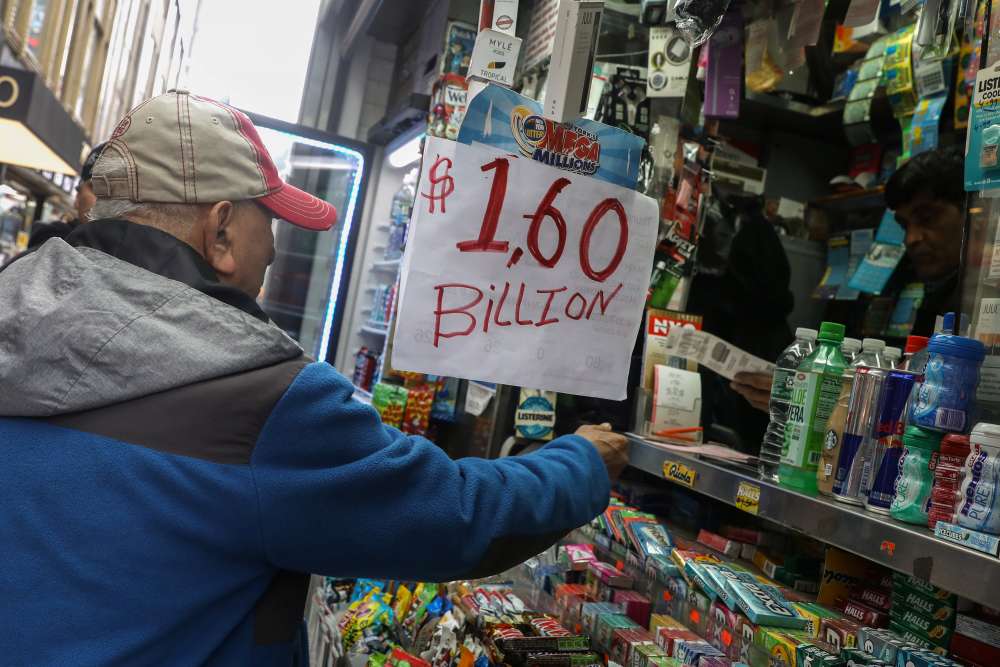 One ticket sold in South Carolina matched all six numbers in the Mega Millions lottery draw on Tuesday for a record setting $1.6 billion jackpot, the state’s lottery said on its website early on Wednesday.

The ticket matched the five numbers 5, 28, 62, 65, 70 and the Mega Ball 5 that were drawn on Tuesday night. Anyone who hit all six numbers to win the jackpot can choose an immediate cash payment of $904 million or receive the $1.6 billion prize over 29 years.

The website of the South Carolina Education Lottery showed that one winning ticket was sold in the state. The buyer of the ticket beat odds of 1 in 303 million to win the Mega Millions drawing.

Mega Millions set a record for lottery jackpots after nobody won the $1 billion prize on Friday. The previous record was a $1.586 billion jackpot for a Powerball drawing in 2016.

By In Cyprus
Previous articleInvestigator suggests prosecution against officers for police brutality
Next articleNATO: No new nuclear arms in Europe despite Russian treaty breach