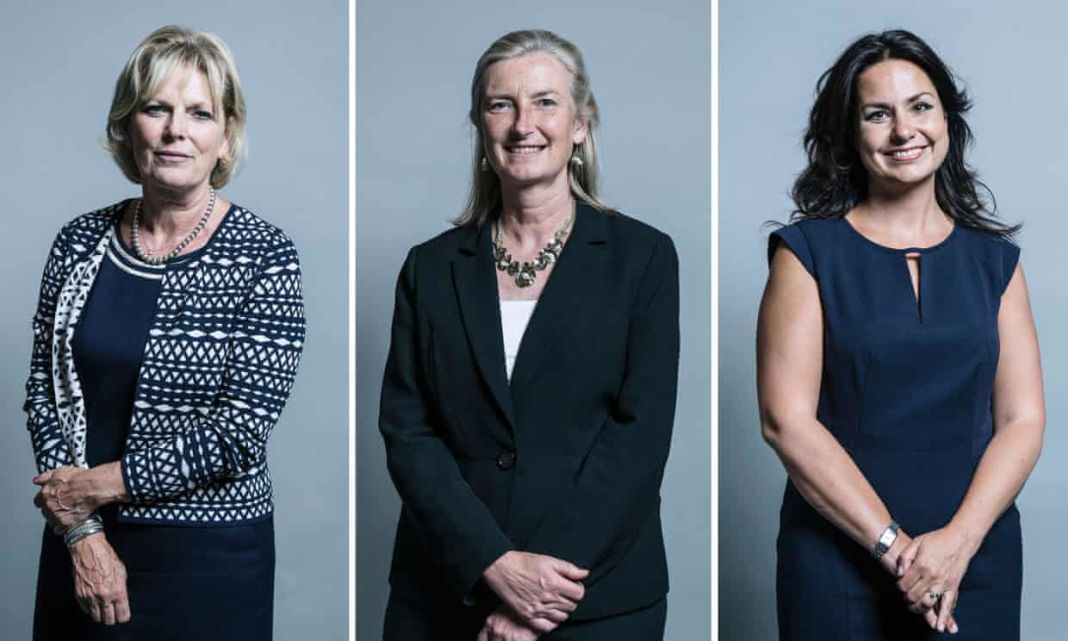 ‘We can no longer act as bystanders. We are honour bound to put our constituents’ and country’s interests first.’ Read the letter to the Prime Minister from @heidiallen75 @Anna_Soubry and @sarahwollaston #ChangePolitics pic.twitter.com/1HxHOULbft

WHAT DOES IT MEAN?

May’s Conservative Party does not have a majority in parliament and is only able to govern thanks to a deal with 10 lawmakers from the Northern Irish Democratic Unionist Party.

The resignations mean that May’s position in parliament has been weakened even further, at a time when she needs to be able to win a crucial vote approving whatever Brexit deal she is able to strike with the EU.

There are now 313 active Conservative lawmakers in the 650-seat parliament. With the DUP support this means May now has a working majority of 7 seats, down from 13. This is calculated based on the fact that some lawmakers do not take up their seats, and others act as neutral speakers.

In reality, the three defectors have often voted against May’s plan for exiting the European Union and she would not necessarily have been able to count on their votes anyway.

Also, although the three have left the party, as independents they would still be free to vote with May’s Conservatives at any time.

WHO ARE THE LAWMAKERS WHO HAVE QUIT?

Soubry is a former minister who has been outspoken against Brexit, advocating a second referendum and arguing against leaving the bloc without a deal. Earlier this year, she was subject to verbal abuse by pro-Brexit protestors during a live TV interview. Soubry became a member of parliament in 2010.

Allen campaigned to ‘Remain’ in the 2016 referendum on leaving the EU, and has since spoken about the dangers of leaving the bloc without a deal. She was elected to parliament in 2015 and supports a second Brexit referendum.

A Conservative lawmaker since 2010, Wollaston heads the Liaison Committee group of senior lawmakers who chair parliamentary committees. A doctor by training, she has warned about the impact of a ‘no deal’ Brexit on the health service. She supports holding a second referendum on Brexit.