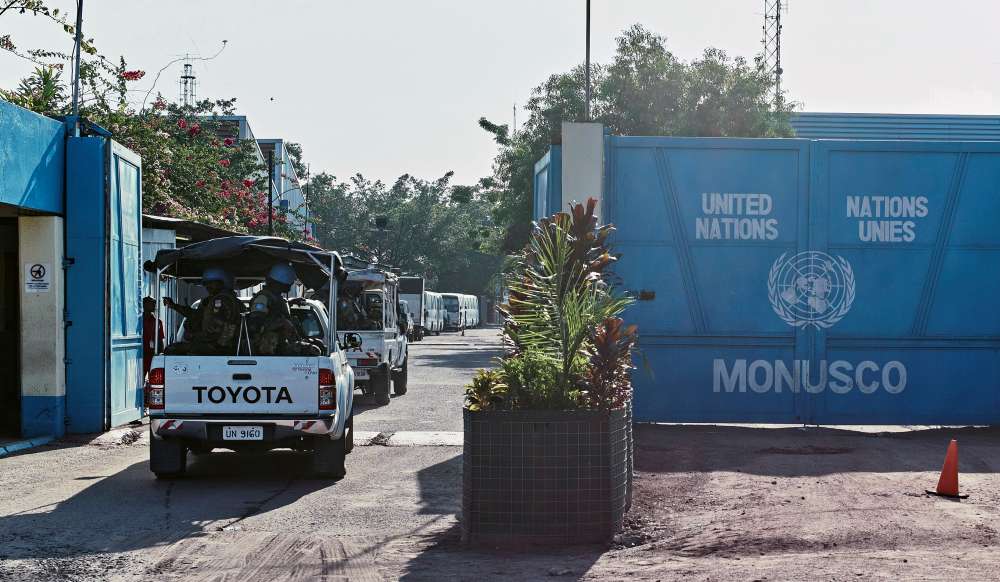 Three suspects in the killing of two U.N. investigators in Democratic Republic of Congo escaped from prison overnight, a defence lawyer in the case said on Tuesday.

Evariste Ilunga, Kanowa Tshiaba and Mbayi Amoxi Tshikangu are on trial accused of participating in the killing of American Michael Sharp and Zaida Catalan, a Swede, in March 2017.

The U.N. investigators were probing alleged atrocities in fighting in the central Kasai region between the government and a local militia.

Ilunga has admitted at trial to having participated in the killings. It was not immediately clear whether Tshiaba and Tshikangu have confirmed or denied involvement.

More than a dozen people have been arrested in all, including an army colonel and an informant for the national intelligence service, the ANR.

However, those two individuals have not been formally charged in connection with the killings, which prosecutors say was carried out by the Kamuina Nsapu militia, and both have denied any involvement.

Trésor Kabangu, the lawyer for Ilunga and Tshiaba in the trial, which began in June 2017, said the three defendants had escaped from prison in the city of Kananga overnight, but provided no further details.

The government, the prosecutor’s office and prison officials were not immediately available for comment, but Florence Marchal, spokeswoman for the U.N. peacekeeping mission (MONUSCO) said that the suspects’ escape “shows a dysfunction in the system … dysfunctions that need to be corrected for justice to be done”.

Reuters and Radio France Internationale (RFI) revealed in December 2017 that the informant who helped Catalan and Sharp plan their fatal trip the day before they left was working at the time for Congo’s intelligence agency (ANR).

Their findings revived questions about what role state agents may have played in the killing. The United Nations and human rights groups have accused government forces of involvement in atrocities in the conflict that Sharp and Catalan were investigating.

The Congolese government has in the past denied any responsibility for mass graves that have been found in the Kasai region, and denied that its troops have systematically used excessive force there.