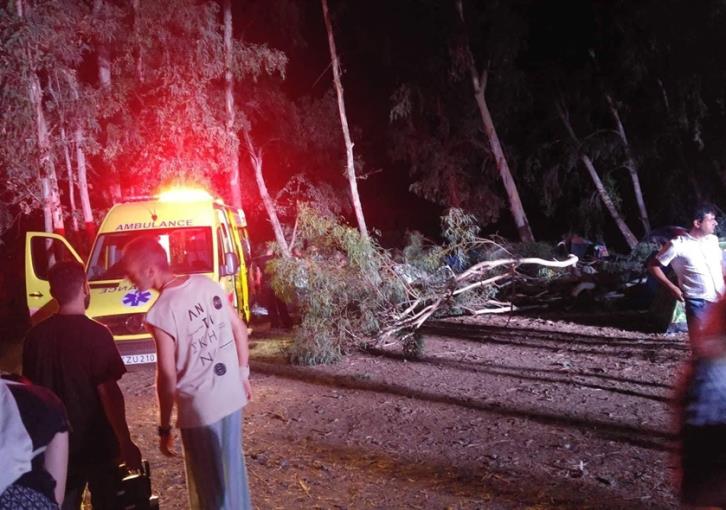 Two women and one man are in hospital with minor injuries after they were hurt by a branch that broke off  a eucalyptus tree at the Kato Pyrgos camping site on Saturday night.

Their condition is described as out of danger.

Police said that they had received a call at 8.05 pm that a tree had fallen at the Kato Pyrgos camping site.

It said police officers who went to the site found that a branch had fallen injuring four people.

A 28 year and 38 year old woman were taken to a private hospital in Nicosia with fractures to the legs while a 45 year old man was taken to the accident and emergency department of Paphos Hospital.

A five year old child was slightly injured and  was taken to the Kato Pyrgos medical centre for precautionary reasons and released.

Police said there were around 300 campers at the site that evening where the Anti-Skino festival was underway. The camp site was evacuated and two fire trucks and Forestry Department trucks removed the tree.

The festival was postponed and Kato Pyrgos community council made arrangements for the campers to spend the night in the town.