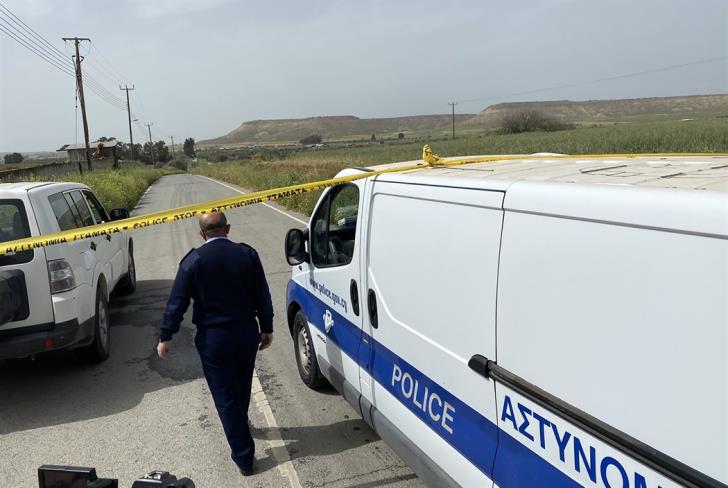 Nicosia police have arrested two more foreign men in connection with Tuesday’s discovery of the decomposed body of a woman believed to be of a European national in the buffer zone near Athienou.

The first suspect, an Egyptian man, aged 32, refuses to cooperate with the premeditated murder investigations by police, insiders said on Wednesday.

The body was found around noon in a shallow grave in a field in the buffer zone near Athienou and the Turkish Cypriot village of Louridjina.

The Egyptian suspect who had a relationship with the victim was arrested following witness testimony against him, according to insiders.

Philenews also reported that the body was found when a farmer ploughed the field late on Sunday.

However, he did not notice the woman, but police received information from a third person concerning the body.

After police found the body, they alerted the farmer of the discovery and Cyprus police and UN officers had secluded the scene for investigation.

State pathologists have already examined the body and the scene.

The woman was buried in a makeshift grave and wrapped in plastic bags.

Police believe her body was dumped in the sewerage pit of an abandoned building in Nicosia first.

And months later the suspect transferred it to Athienou with the help of the friend who reported him to the authorities.