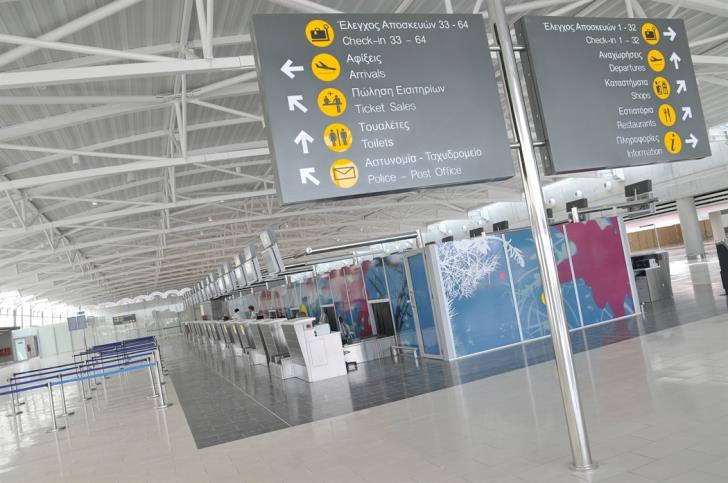 Two persons were  arrested at Larnaca Airport yesterday as they were attempting to fly to a European destination. One was caught with a fake passport and the second was arrested for creating a disturbance, police said.

A man, aged 29, presented authorities with a European passport during passport checks that bore different features on the photo than his own.

He and his 50-year-old female companion were shouting and causing a disturbance.

As a result, the former was arrested for identity fraud and the latter for causing a disturbance.

Moreover, a 20-year-old was spotted in the airport reportedly accompanying the other two.

All three have been arrested to facilitate questioning as the Larnaca CID is investigating.