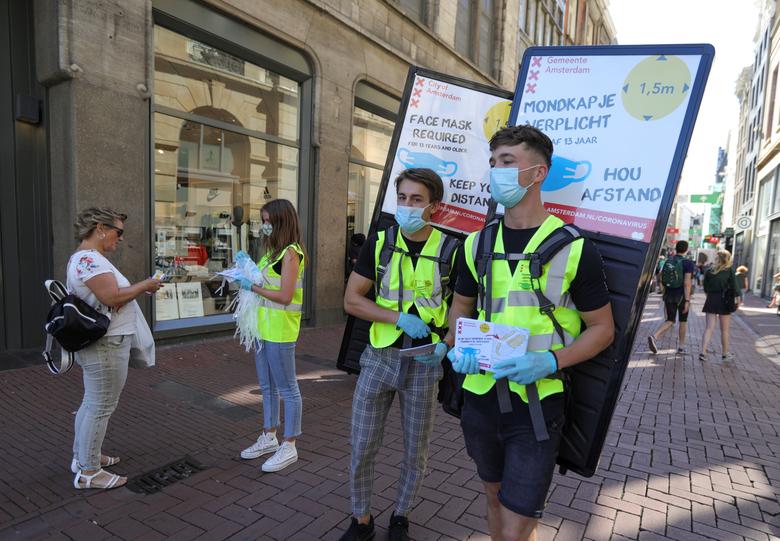 Several thousand today people held an unauthorised protest in Amsterdam against a national lockdown to slow the spread of the coronavirus pandemic, before being dispersed by riot police.

The protesters gathered on a square in front of the Rijksmuseum and Van Gogh Museum art galleries, carrying signs reading “Freedom: stop this siege” and chanting “What do we want? Freedom!”.

None wore masks, which are not mandatory, and few respected social distancing rules.

Authorities had declined an application for the protest to be held on Museum Square. The demonstrators refused to leave when police told them to do so, and some threw fireworks.

Riot police then used water cannon to try to disperse the gathering.

The government closed schools and most shops in December to try and stem a surge in COVID-19 cases, and this week extended the lockdown by at least three more weeks.

In the early days of the pandemic, the Netherlands was generally more reluctant than most of its neighbours to impose social restrictions.

But during the second, winter wave it has found its hand forced by the rapid spread of infections and growing pressure on its hospitals.

By Constantinos Tsintas
Previous articleSearch and rescue crews looking for woman off Larnaca
Next articleThree covid deaths in Cyprus on Sunday, 157 new cases