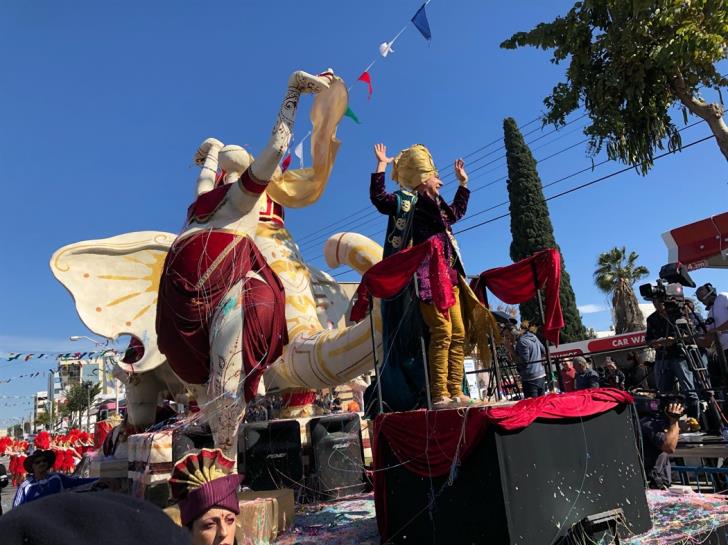 Tens of thousands lined the streets in fine weather today for Limassol’s grand carnival parade which marks the highlight of the carnival season.

The Cyprus News Agency said that more than 100,000 had turned up to watch Limassol’s impressive carnival parade, which mayor Nicos Nicolaides described as the best of recent years.

The parade featured floats, many inspired by current affairs, as well as groups of young and old, stretched over five hours.

Nicolaides said that 110 groups with more than 30,000 participants took part and were cheered on by an estimated 120,0000 spectators. Police said that more than 38,000 cars had driven into Limassol today from other towns.

“What happened with the carnival parade this year is unprecedented. People took part, had fun, forgot their problems for a while and enjoyed some joyful moments. Truly, this year was the best parade of recent years,” he said.

The parade set off after a spectacular ceremony with fireworks. It was led by King Carnival, who this year was Yeorgios Nicolaou  as the maharajah on an impressive float and joined by municipal councillors, majorettes from the girl guides and the municipal band.

The festivities will come to a peak with a carnival party at the old port at 9 pm. 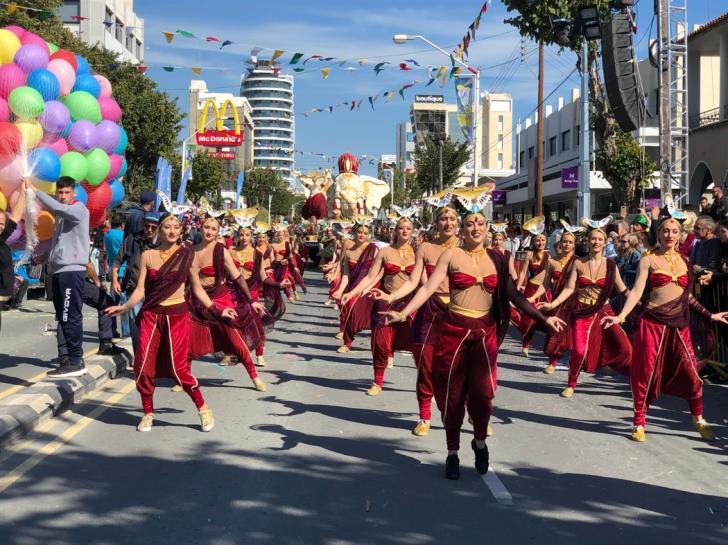 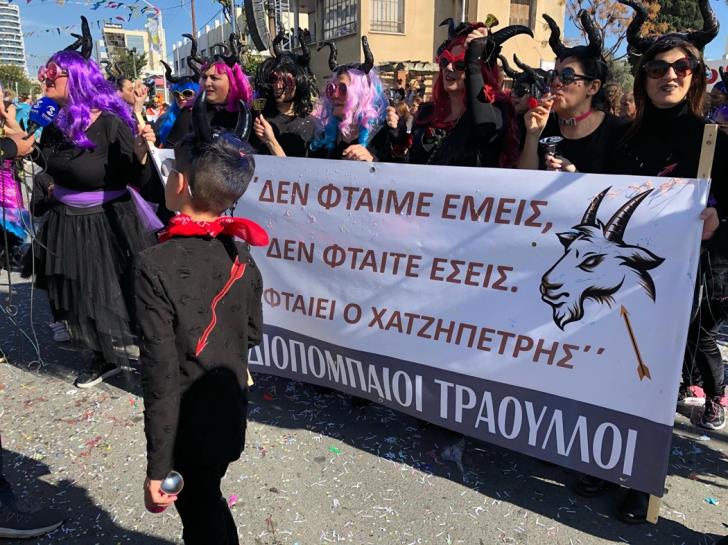 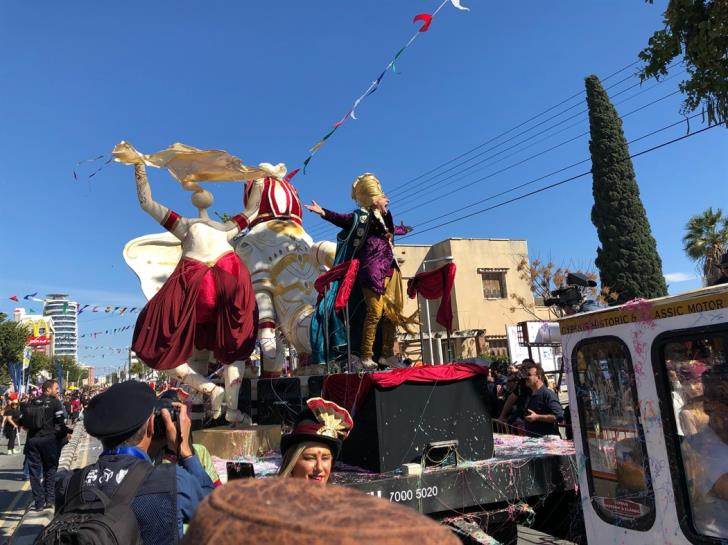 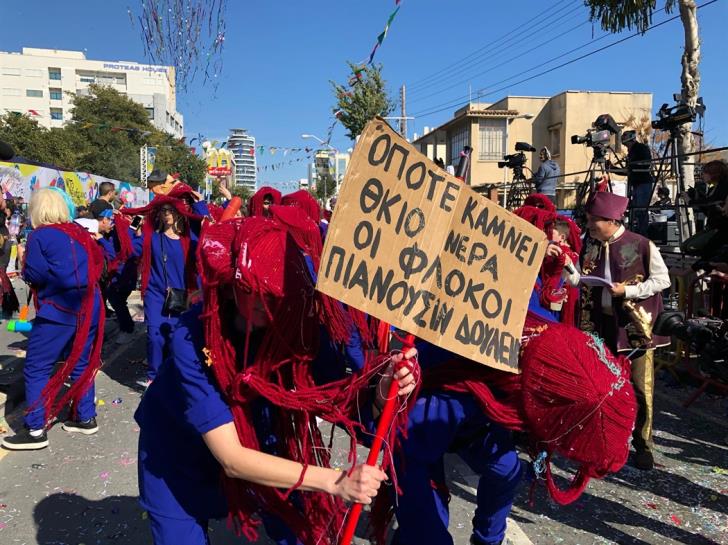 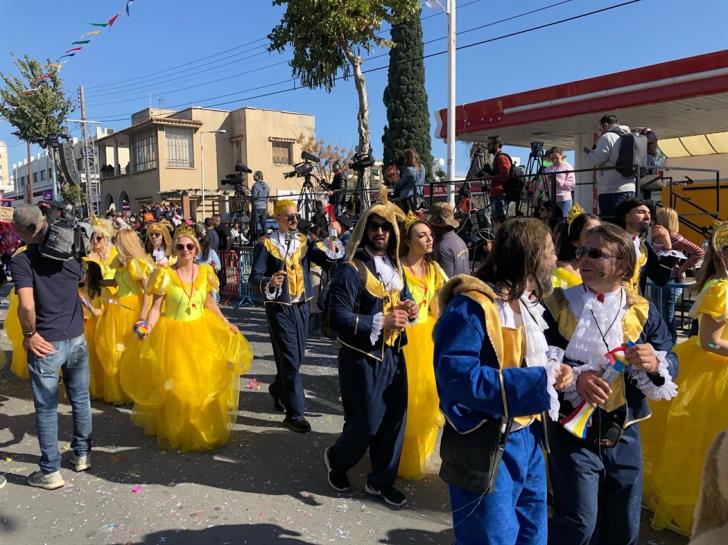 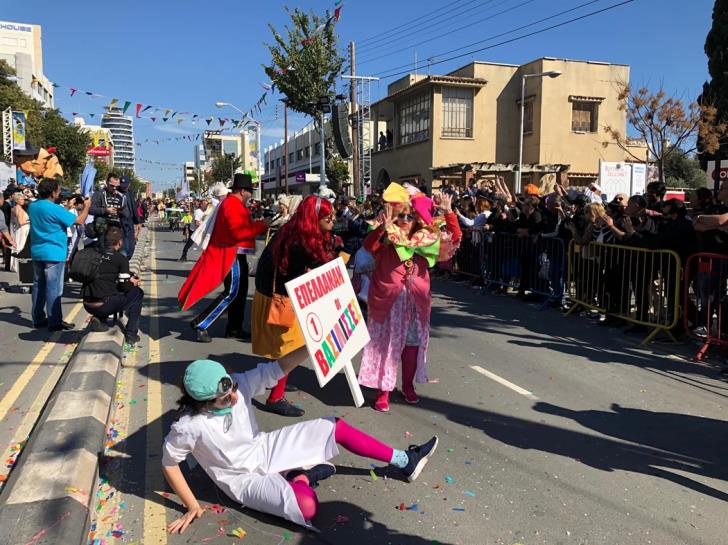 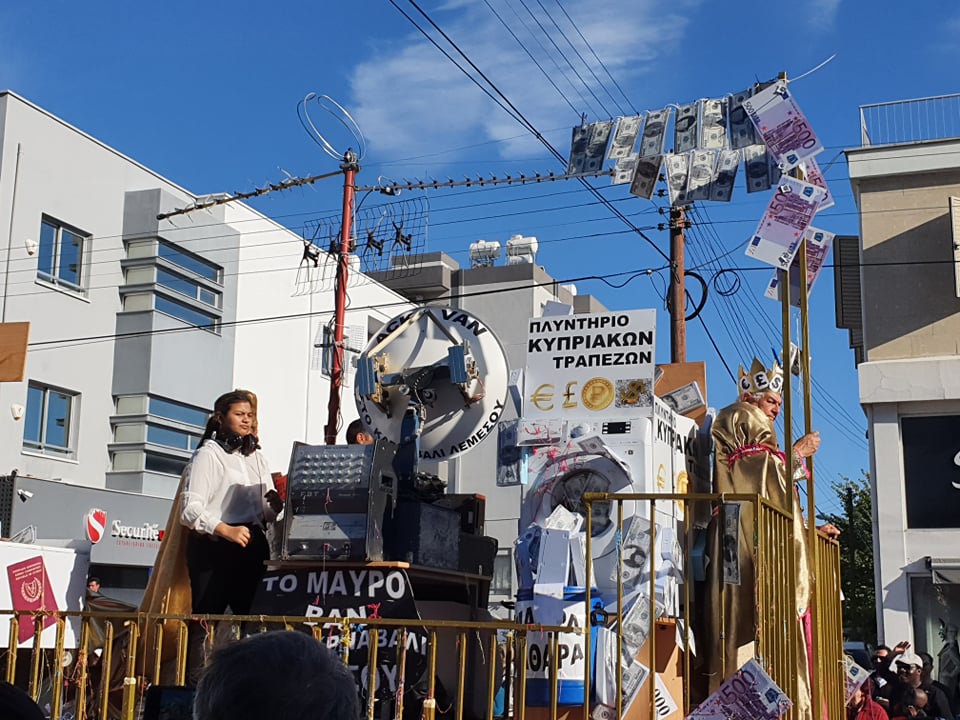 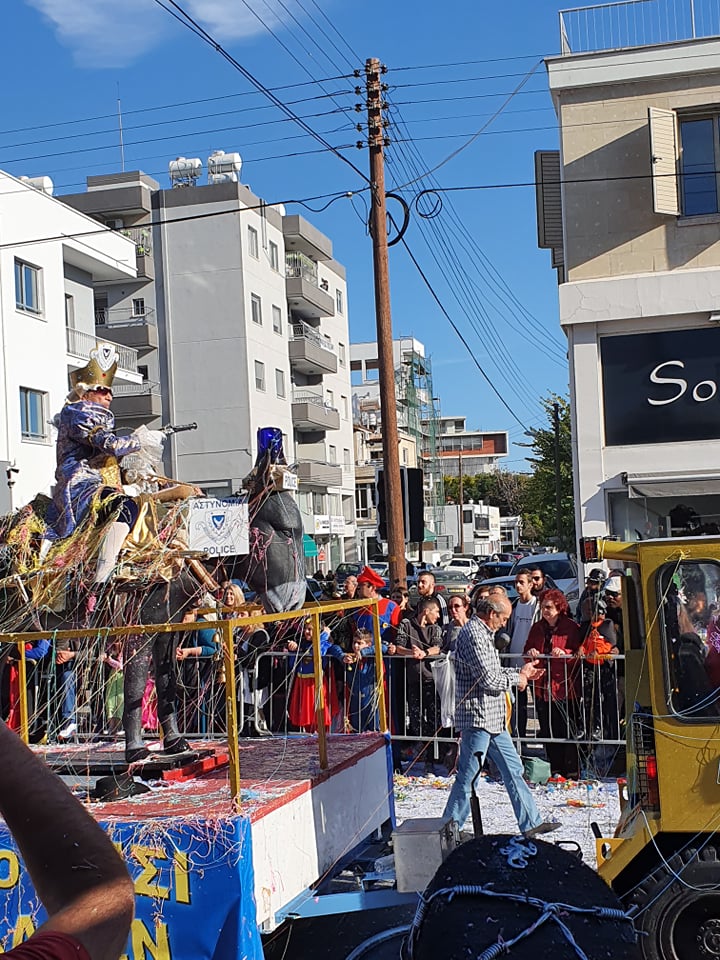