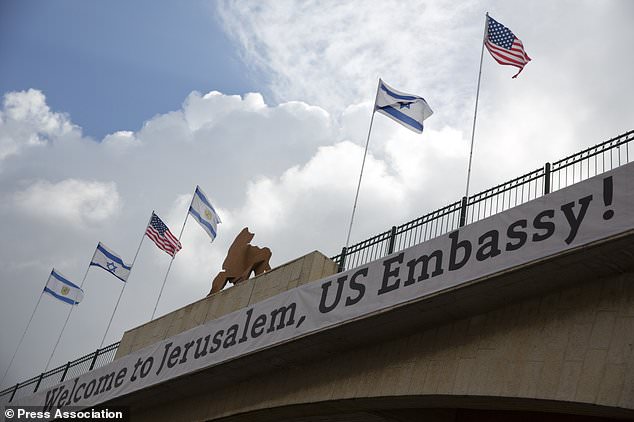 Tens of thousands of Israelis have been marching in celebrations to mark Jerusalem Day on the eve of the US relocating its embassy to the contested city. Police said over 30,000 people took part in Sunday’s festivities, as revellers waved Israeli flags, singing and dancing through the city’s streets. A small group of Israelis protested against the march.

As Israel marks Jerusalem Day, the 51st anniversary of what it refers to as the city’s “unification” following the 1967 Middle East war, it will also host a gala reception for Monday’s embassy dedication.

This will include members of a delegation led by Mr Trump’s daughter Ivanka, his senior adviser and son-in-law Jared Kushner, and secretary of treasury Steven Mnuchin.

Dozens of foreign diplomats are expected, though many ambassadors of European nations who oppose the move will avoid it. Hungary, the Czech Republic and Romania have reportedly blocked a joint EU statement on the issue.

Jerusalem Day commemorates Israel’s capture of the eastern sector of the city from Jordan in the 1967 war. The fate of Jerusalem is a deeply emotional issue at the heart of the Israel-Palestinian conflict. The Old City in east Jerusalem is home to key holy sites sacred to Jews, Christians and Muslims. Nationalist Israelis view the day as a holiday marking the unification of the city under Israeli control. However, Palestinians claim east Jerusalem as the capital of their future state. 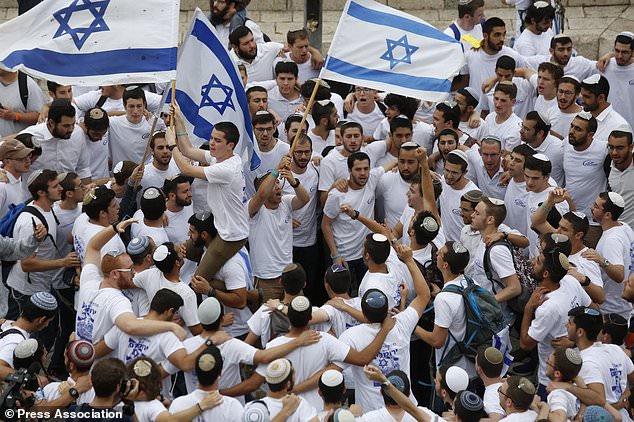 US secretary of state Mike Pompeo said the Middle East peace process “is most decidedly not dead” even as the Trump administration plans to open the new American embassy in Jerusalem — a move that has angered Palestinians and raised anti-US sentiment in the region.

Mr Pompeo said the US still hopes to be able to “achieve a successful outcome” to the Israeli-Palestinian conflict.

He is also addressing the issue of security, saying the US has taken steps “to ensure that not only are governmental interests but the American people in that region are secure as well, and we’re comfortable we’ve taken action that reduces that risk.”

Israel annexed east Jerusalem in a move not recognised internationally. The Palestinians want east Jerusalem as the capital of their future state, and view the relocation of the US embassy from Tel Aviv to Jerusalem as a blatantly one-sided move that invalidates the US as a peace broker.

Mr Trump’s decision in December to recognise Jerusalem as Israel’s capital ignited months of protests in the Palestinian territories. The weekly protests along the Israel-Gaza border are expected to culminate on Monday in parallel to the celebrations in Jerusalem.

Since March 30, 42 Palestinians have been killed by Israeli fire in the weekly protests aimed primarily against the decade-long blockade of Gaza. More than 1,800 have been wounded.

Gaza’s Hamas rulers have led the protests, which are set to peak this week with the 70th anniversary of what the Palestinians call the “nakba,” or catastrophe, referring to their mass uprooting during the war over Israel’s 1948 creation.

Organisers have indicated they may try to breach the border with Israel.

Israel says it has a right to defend its border and has accused Hamas of using the protests as a cover for attacking it. On Saturday, it destroyed the sixth Hamas attack tunnel it has uncovered in as many months. Rights groups say the use of potentially lethal force against unarmed protesters is unlawful.

Most countries have traditionally kept their embassies in coastal Tel Aviv rather than Jerusalem. But after Mr Trump’s move both Guatemala and Paraguay announced that they planned to follow suit.