Thomas Cook: No one will be stranded, UK minister says – Final creditor meeting 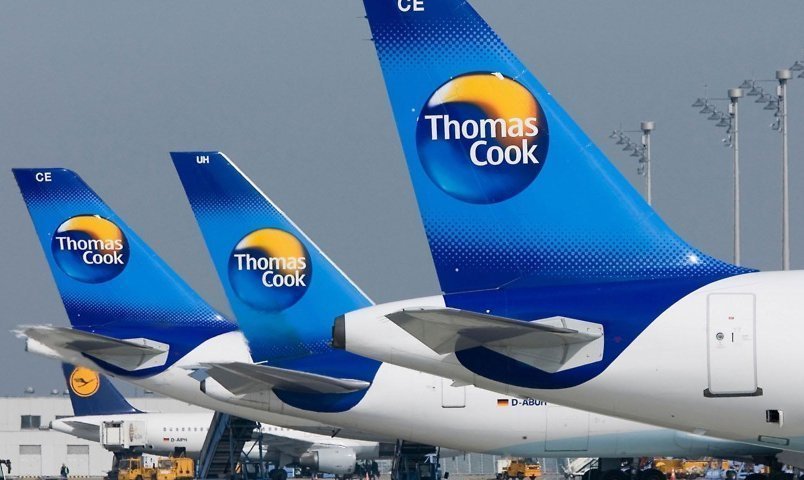 British foreign minister Dominic Raab said the government had contingency plans in case talks to rescue travel company Thomas Cook fail, and sought to reassure holidaymakers that they will not end up stuck overseas.

“We would wait to see and hope that it (Thomas Cook) can continue but in any event, as you would expect, we’ve got the contingency planning in place to make sure that in any worst-case scenario we can support all those who might otherwise be stranded,” Raab told the BBC.

Bosses at Britain’s Thomas Cook were meeting lenders and creditors on Sunday to decide whether the world’s oldest travel company could survive until Monday, or face a chaotic collapse that would be felt around the world.

Running hotels and resorts, airlines and cruises, Thomas Cook has 600,000 customers on holiday, meaning governments and insurance companies could be forced to step in and bring them home if the company goes into administration.

The management team, led by Peter Fankhauser, was meeting banks and bondholders at a London law firm on Sunday morning before a board meeting in the early evening to determine whether it can continue.

The company, founded in 1841, has been fighting for its survival after its lenders threatened to pull the plug on a rescue deal that has been months in the making.

Hurt by high levels of debt, online competition and geopolitical uncertainty, Thomas Cook needs to find another 200 million pounds ($250 million) on top of a 900 million pound package it had already agreed, to see it through the winter months when it needs to pay hotels for their summer services.

A person familiar with the situation told Reuters the company was spending the weekend in talks with the government and a number of potential investors about bridging the funding gap. “We have not given up,” the person said on Saturday, declining to be named due to the sensitivity of the situation.

Were Thomas Cook to fail, it would spark the biggest peacetime repatriation effort in British history.

The government and the aviation regulator have drawn up a plan to step in and use other airlines to bring Britons home if needed. In Germany, where some 300,000 are abroad with the operator, it will fall to their insurance companies to help get them home.

The news has sparked alarm not just across the holiday resorts and poolside bars where customers are taking to social media for updates, but to the company’s suppliers and future customers who are losing faith in the firm.

That is draining the company of the liquidity it needs to keep operating and ramping up the pressure on one of Britain’s oldest and much-loved companies.

“Hi Annie, I understand your father might be unsettled by all the news surrounding Thomas Cook and our business recently but our flight operations continue to operate as normal,” the company said in response to one worried customer.

At the board meeting, the company will have to decide whether in the short term it has enough cash to pay its ongoing requirements, and whether it has a reasonable prospect of paying its liabilities in six to 12 months’ time, which is predicated on it securing a deal.

At the earlier meeting the lenders will have to decide whether they want to continue supporting a company that has 19 million customers a year in 16 countries.

It is battling a debt pile of 1.7 billion pounds and can be knocked off course by events such as a coup in Turkey, a heatwave in Europe and the aggressive summer pricing of low-cost airlines like Ryanair.