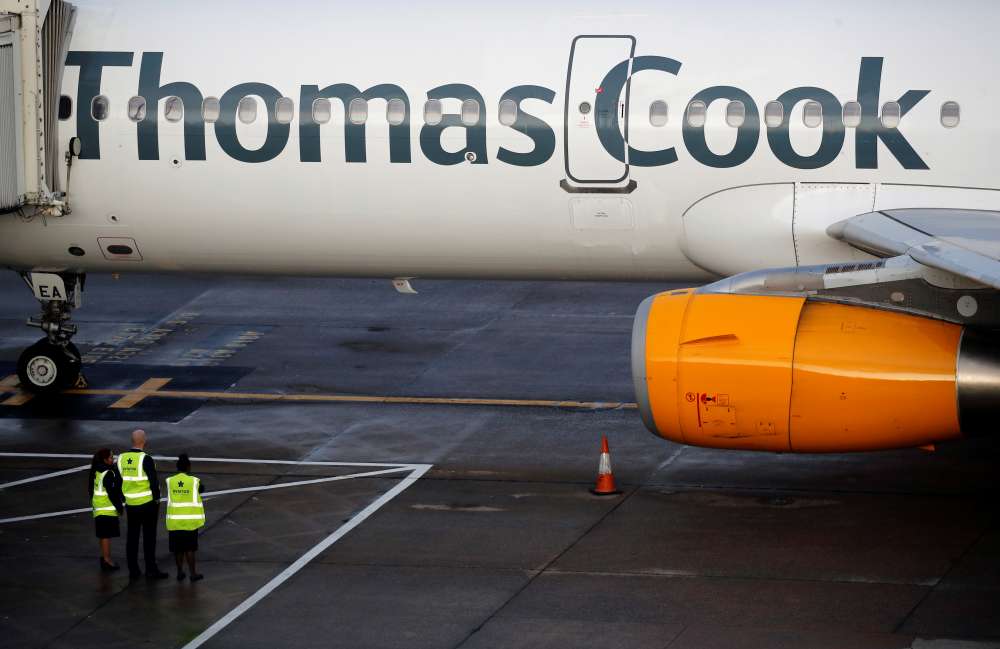 The bankruptcy of Thomas Cook  — which accounts for 5% to 6% of  total tourist arrivals  to Cyprus — brings economic losses and creates yet another challenge for the island’s all-important tourism sector.

Immediate repercussions from the collapse of the world’s oldest travel firm includes financial losses as the company has not paid hoteliers for July and August as well as half of September– an estimated €50m.

Another problem is the loss of airline seats which further complicates Cyprus’ connectivity problems.

It remains unclear how much will be paid to hoteliers but deputy tourism minister Savvas Perdios told reporters after chairing a crisis meeting in Nicosia on Monday morning that “there is a high possibility this money will be lost”.

Pressed to clarify he said: “I do not think that it will be easy to recoup this money.”

But he said that the stay of Thomas Cook customers currently in hotels in Cyprus will be covered by insurance.

A number of hotels in Cyprus operate under the Thomas Cook brand name and have agreements with the travel firm. As a result as many as 70% to 80% of customers at these hotels have booked through Thomas Cook.

Akis Vavlitis, president of STEK, the association of large hotels, said that some hotels had hundreds of thousands outstanding while others are owed millions.

The number of tourists currently in Cyprus who came with Thomas Cook and will be repatriated is estimated at 8,000.

Harris Loizides, president of the Cyprus Hotels Association (Pasyxe) said their repatriation will take until October 6.

Perdios and Loizides said it was important to make every effort to ensure the smooth repatriation of stranded customers.

Hoteliers who have bookings for the rest of the year are left counting their losses as it is difficult to fill the gap created in such a short period.

Tourism stakeholders noted that September is the most important month for British tourists to Cyprus.

The challenge now is what happens next year.

Thomas Cook brought 250,000 to 300,000 tourists to Cyprus every year mainly from the United Kingdom, but also from Scandinavian countries.

Perdios said that they account for about 5% to 6% of arrivals, but represent a higher share of overnight stays as Thomas Cook clients tended to come for longer holidays.

Other tour operators are expected to cover much of the gap but travels experts said this could take time.

Britain is Cyprus’ biggest tourism market accounting for about one third of total arrivals and the closure of Thomas Cook only adds to deep uncertainty related to Brexit.