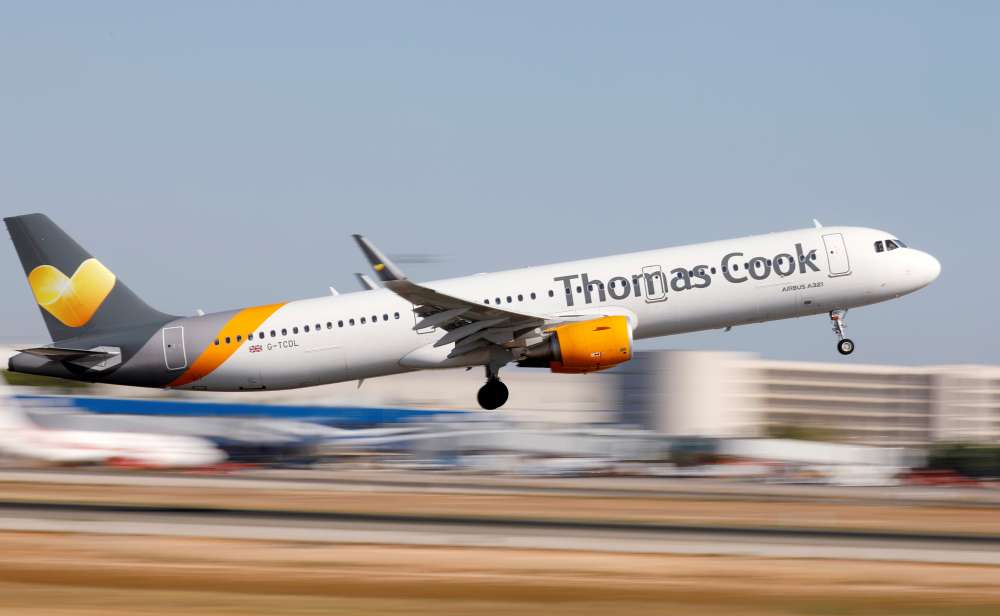 Britain’s Thomas Cook Group Plc has approached the UK government for a bailout in an attempt to save itself from collapse after its lenders threatened to pull out of a proposed rescue deal, the Financial Times reported late on Friday.

The move comes after the British travel firm’s stakeholders requested an extra 200 million pounds ($250 million) in talks to finalise the restructuring plan.

The company, which employs about 21,000 people, was locked in talks with “multiple” potential investors, including the government, to provide the additional 200 million pounds, the FT reported https://on.ft.com/2NrDelH, citing two people briefed on the situation.

“We do not speculate on the financial situation of individual businesses,” a spokesperson for Britain’s Department for Transport said in a statement.

Thomas Cook said it had no comment on the FT report.

The last-minute demand for additional funding puts the 900 million pound recapitalisation plan agreed by the company with its Chinese shareholder Fosun last month at risk, the company said earlier on Friday.

Thomas Cook, one of the world’s oldest holiday companies, could leave hundreds of thousands of holidaymakers stranded if it fails to find funds.

Founded in 1841, Thomas Cook has struggled in recent years under intense competition in popular destinations, high debt levels and an unusually hot summer in 2018 which reduced last-minute overseas bookings. ($1 = 0.8014 pounds)

By In Cyprus
Previous articleGood news for little Antonis – Treatment begins on Thursday
Next articlePaphos: Police clamp down on noise pollution