This is chaos’: Christmas prices will rise in Britain, truckers say

Truck drivers have a cautionary message for British Prime Minister Boris Johnson: an acute shortage of drivers is ratcheting up their wages and that will have a knock-on effect on prices for food and gifts in the run-up to Christmas.

An air of chaos has gripped the world’s fifth-largest economy in recent days as a deficit of truckers left fuel pumps dry across the land, and a spike in European wholesale natural gas prices tipped energy companies into bankruptcy.

The United Kingdom is short of around 100,000 truckers after tens of thousands returned to the European Union during the Brexit maelstrom and 40,000 truck driver tests were cancelled during the COVID-19 lockdowns.

At Clacket Lane service station beside London’s M25 orbital motorway, drivers from Britain, France, Germany, Poland, Latvia, Lithuania, Portugal, Romania, Russia and Turkey were parked up to rest after journeys from every corner of Europe.

Over the faint whiff of sewage, cigarette smoke and diesel fumes in the truck park, scores of drivers told Reuters in several different tongues that wages would have to rise.

They spoke of a hard and lonely life on the road: filthy showers, high parking fees, nights disturbed by thieves wielding knives, illegal migrants seeking a secret ride, and of the pain of divorce after years spent far from wives and children.

Rising trucker pay may give an insight into a riddle that is bothering investors: whether or not the world is on the cusp of persistent price rises after the splurge by governments and central banks during the COVID crisis.

Sterling has fallen on fears the trucker shortage could crimp economic growth, forecast at 7% this year. Bank of England Governor Andrew Bailey said on Wednesday he was focused on the inflationary effects from supply shortages including of labour.

Haulier companies and recruitment agencies are battling to fill trucker jobs: One was advertising for a heavy goods vehicle (HGV) Class 1 driver for 75,000 pounds ($102,500) per annum, the highest level the recruiter had ever heard of.

“With HGV drivers, we’re now paying them 40% more than we were four months ago,” Jordan Francis, the commercial director of recruitment agency ProDrive, told Reuters.

Holness said the shortage of drivers would not ease any time soon because conditions were so poor that many young people refused to do it.

While trying to snatch some sleep recently near West Bromwich in central England, thieves sliced an 11-foot hole in his canvas causing hours of delay and stress. 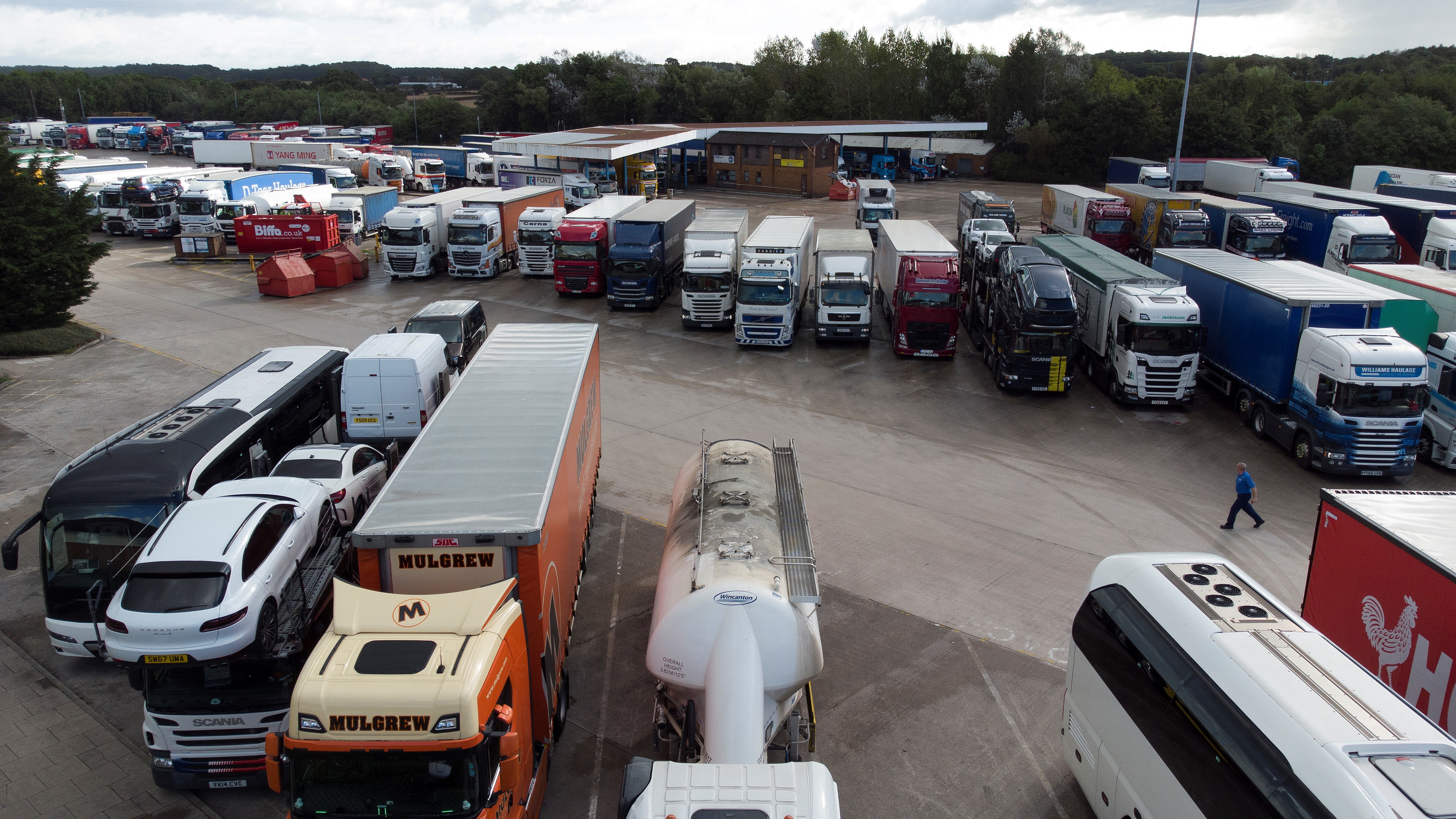 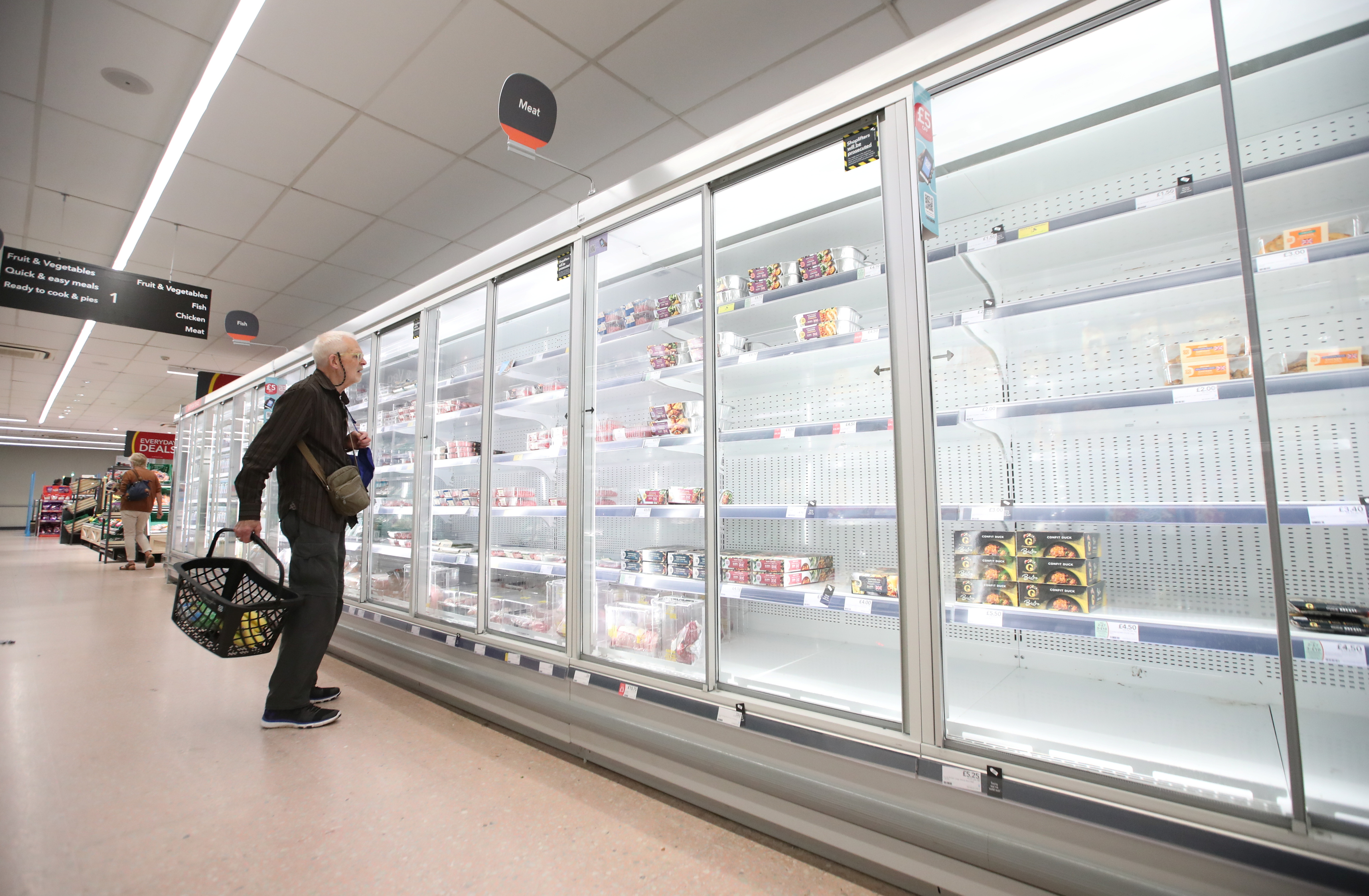 A shopper looks at produce and empty shelves of the meat aisle in Co-Op supermarket, Harpenden, Britain, September 22, 2021. REUTERS/Peter Cziborra

“Who wants to be a lorry driver – you’d be better tapping away on a keyboard wouldn’t you? Kids these days don’t want to know,” said Holness. “I want to get out.”

He suggested Johnson, who was educated at Eton, Britain’s most exclusive school, and Oxford, its most exclusive university, should spend several days trucking to understand the issues.

“You are just treated like the scum of the earth basically,” said Phil, a 52-year-old British truck driver from Malvern in central England, who has just had what he termed a significant pay rise. “Prices will increase.”

He said many truck stops reeked of urine and faeces – and the job gave limited time to see family.

“It’s a marriage killer,” he said.

The government on Sunday announced a plan to issue temporary visas for 5,000 foreign truck drivers. None of the truck drivers interviewed by Reuters thought many would take up the offer.

“It is tough work and youngsters don’t want it,” said Anton Pogodin, a 37-year-old truck driver originally from Omsk, in Siberia, who now drives from Portugal.

But in Bucharest, some Romanian truckers were tempted by the offer.

British ministers have repeatedly denied that Brexit has caused the trucker shortage but many EU drivers blamed just that for prompting so many eastern European drivers to head for the exit.

“No one else has these kind of problems that you’re finding here,” said Belgian driver Patrice Rese, 65. “It’s because of Brexit.”