PACC presents its annual production of Shakespeare at Kourion. This year for the 60th anniversary, enjoy one of Shakespeare’s final plays. The Tempest is a romantic comedy with some elements of tragedy.

Prospero has been exiled by Antonio and King Alonso to a remote island with his daughter Miranda. After 12 years he becomes a powerful Magician and conjures up a tempest with the help of Ariel to shipwreck his enemies and seek revenge. Will Prospero choose conflict or forgiveness? Join us for a tale of magic, betrayal, revenge, love and forgiveness in the beautiful setting of Ancient Kourion amphitheater. 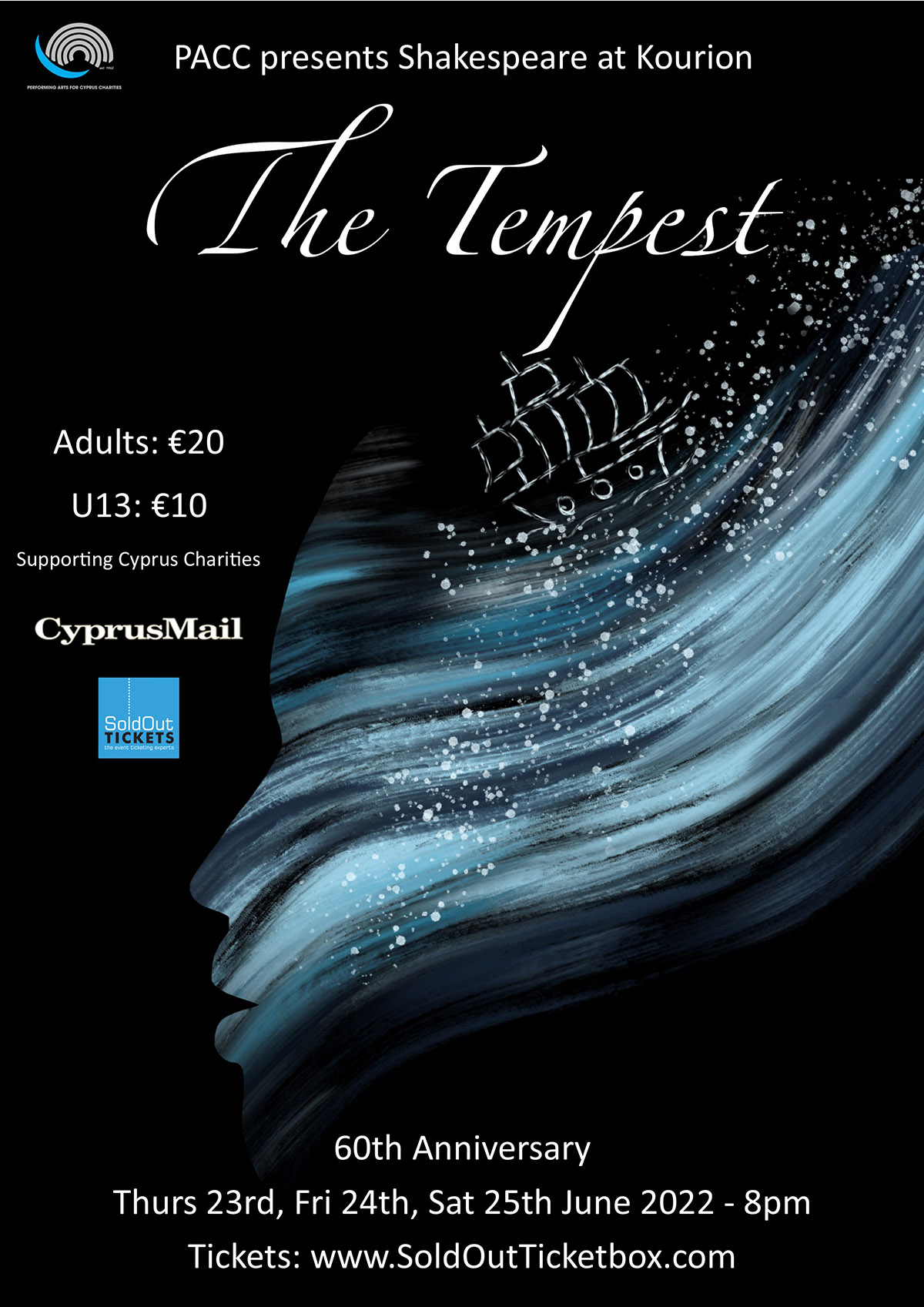 “We are such stuff as dreams are made on, and our little life is rounded with a sleep”